A new pizza joint, a soul food restaurant and a natural wine shop have my attention. 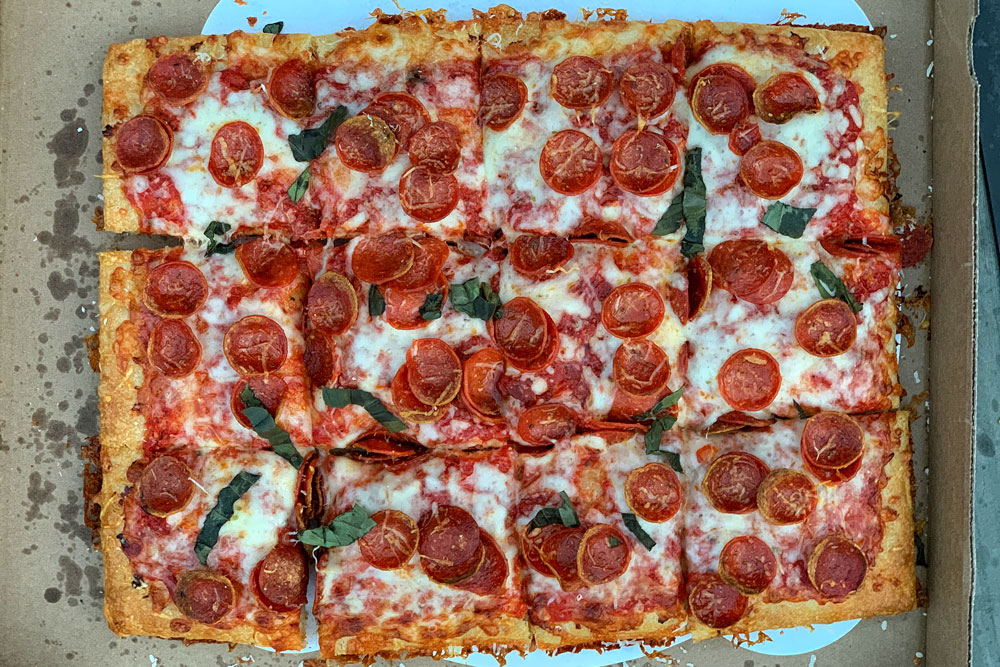 Pizza Lupo
Brothers Brad and Travis Wolf are City of Pittsburgh firefighters (Brad for 15 years and Travis for five) with a passion for pizza. Following more than a year of planning, the duo opened Pizza Lupo in a former bakery space in Lawrenceville at the end of December. The brothers specialize in thin and crispy gas-oven-style pies, offered as 14- and 18-inch rounds. They make terrific pizza, with a nicely baked, crackling crust and a beautiful, puffy edge that’s the sign of well-developed, properly fermented dough. The menu lists a few specialty pies, as well as a selection of toppings in the classic vein (pepperoni, sausage, green pepper, black olive). The Wolf brothers also offer a limited number of grandma-style pies each day, which are airy and crunchy. The place already ranks on my list of excellent Pittsburgh pizza, and, following a conversation with the brothers, I expect it’s just going to keep getting better. “I lay in bed thinking about what I can change. Different flours, different mixing techniques, more or less water in the dough. Different fermentation. Once it starts, there are endless possibilities,” says Travis, who started baking 10 years ago.
5123 Butler St., Lawrenceville; 412/78-.9922, pizza-lupo.com 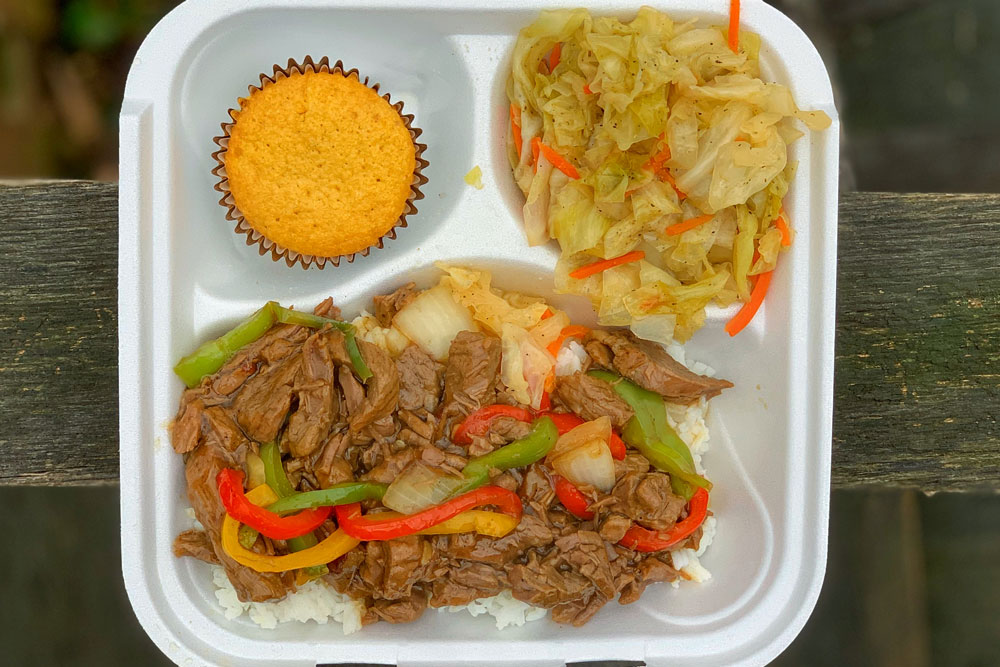 Fat Frankz Soul Food
Three generations of cooks launched their first restaurant together last week in Bloomfield. “We’ve always cooked. It’s what we do. We’re a family of people who cook,” says Tasha Graham, who owns Fat Frankz with her mother, Claudette Talbert, and her son, Dante Talbert. Graham is the primary chef, but all three work in the kitchen alongside other family members. Their opening menu lists dishes such as stuffed chicken, fried catfish, chicken wings and pepper steak, as well as sides such as candied yams, baked macaroni and cheese and cabbage. Graham’s daughter, Jasmina Graham, adds custom cupcakes to the mix. Following an initial visit, I was impressed with the tender, savory pepper steak, as well as the sweet and spicy cabbage. The portions are generous and the prices are reasonable. As for the name, Graham says, “It’s a name we just came up with. There is no Fat Frank. It just sounded good, and so we went with it.”
4507 Liberty Ave., Bloomfield; 412/586-4716, instagram.com/fatfrankz_soulfood 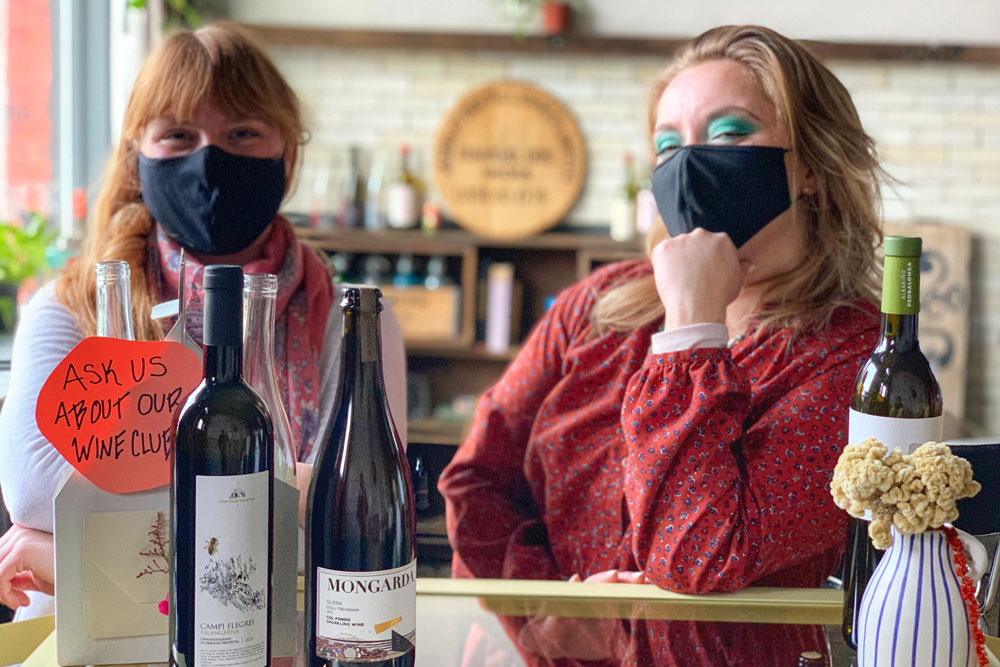 Nine O’Clock Wines
Celine Roberts and Christie Kliewer spent a lot of time talking about the nuances of wine at Bar Marco, where they both worked as part of the front of house staff prior to the onset of the COVID-19 pandemic. The restaurant’s specialization in natural wines — broadly characterized as wine made with minimum input through its production — sparked an interest in both of them. Those conversations begat a business plan, and, as the pandemic wore on, an opportunity to turn that idea into a wine shop in the front room of Bar Marco, which has remained takeout-only. With Nine O’Clock Wines, Roberts (who previously wrote for Pittsburgh Magazine) and Kliewer join a small cadre of restaurant-based wine shops with a selection of natural wines. The duo offers a monthly wine box subscription, which comes with three bottles of wine curated to the season, as well as a terrific selection of individual bottles. Not sure how to approach natural wines? Part of their business model is trying to help make natural wine more approachable, and the duo is on-site (masked, as you should be) to help get you started.
2216 Penn Ave., Strip District; nineoclockwines.com 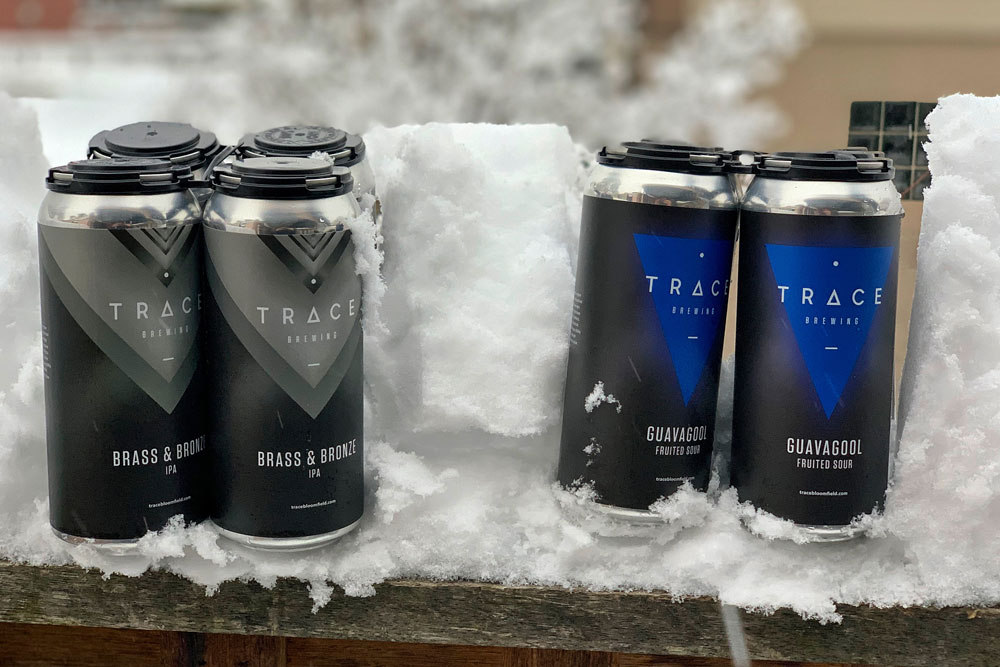 Trace Brewing
There are a lot of breweries in Pittsburgh now (more than 50 in the region), and Trace Brewing looks to be an excellent addition to the mix. Head brewer Zach Colton comes with a resume that includes work locally at Strange Roots, Dancing Gnome and Four Seasons, as well as Trillium Brewing Co. in Boston. The brewery is takeout only for now — but built with a lovely outdoor and indoor set-up when the situation allows — and offers a rotating selection of styles.
4312 Main St., Bloomfield; 412/904-3555, tracebloomfield.com 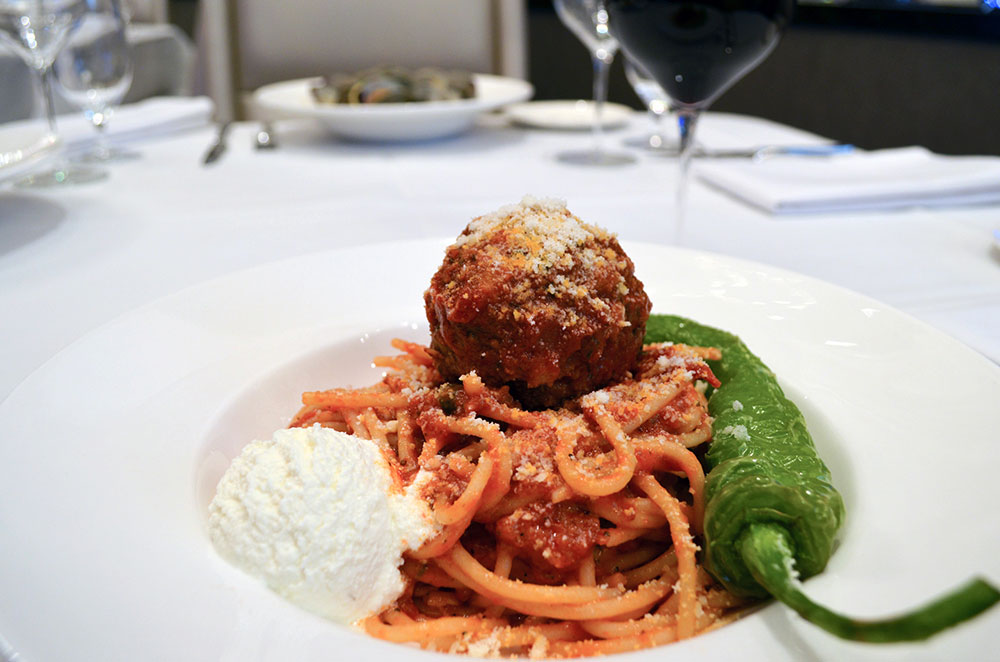 Martorano’s Prime
Steve Martorano, the well-known television chef who in a press release is billed as a “celebrity cook,” just opened Martorano’s Prime at Rivers Casino Pittsburgh. This is the fourth location of the Italian-American steakhouse, where classic dishes such as linguine and clams, spaghetti and meatballs and veal chop are on the opening menu.
777 Casino Dr., North Shore; 412/566-4799, riverscasino.com/pittsburgh/dining/martoranos-prime