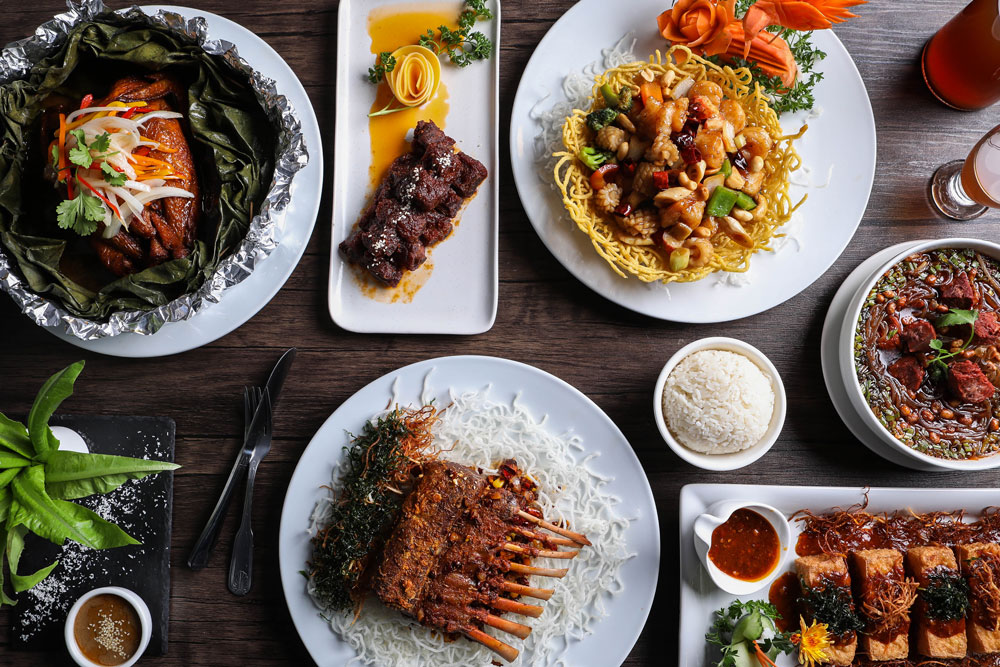 Smashed eggplant with hot pepper was the first dish I ordered at Yue Bai Wei. On a warm night in June, my pal Keith and I used a miniature pestle to pummel neat stacks of airy, pillowy slabs of eggplant dressed with sesame oil and piled high with fermented hot peppers and chopped scallions. As we tore our way through the intoxicating dish, I had flashbacks.

Everything came full circle when I learned that Yue Bai Wei’s executive chef and co-owner is Zhiyuan Tang. He is the same person who brought Sichuan Gourmet to prominence when he took over as executive chef of that Squirrel Hill restaurant in late 2017. I recall popping in for a snack one day in 2019, and the same dish was so unexpectedly tasty it prompted me to consider reviewing the restaurant. After a broader examination of the menu, I did, praising Tang for the way he improved the decade-old restaurant’s offerings.

Tang excelled in that kitchen but felt too constrained by long-standing customer expectations for a more generalized Chinese and Chinese-American restaurant to fully express his culinary chops, which are among the finest in Pittsburgh. That’s why he, his sister Li Tang and Alice Fu decided to break away from Sichuan Gourmet and open their establishment — Yue Bai Wei, which is located in the former Rose Tea Cafe space on Forbes Avenue. 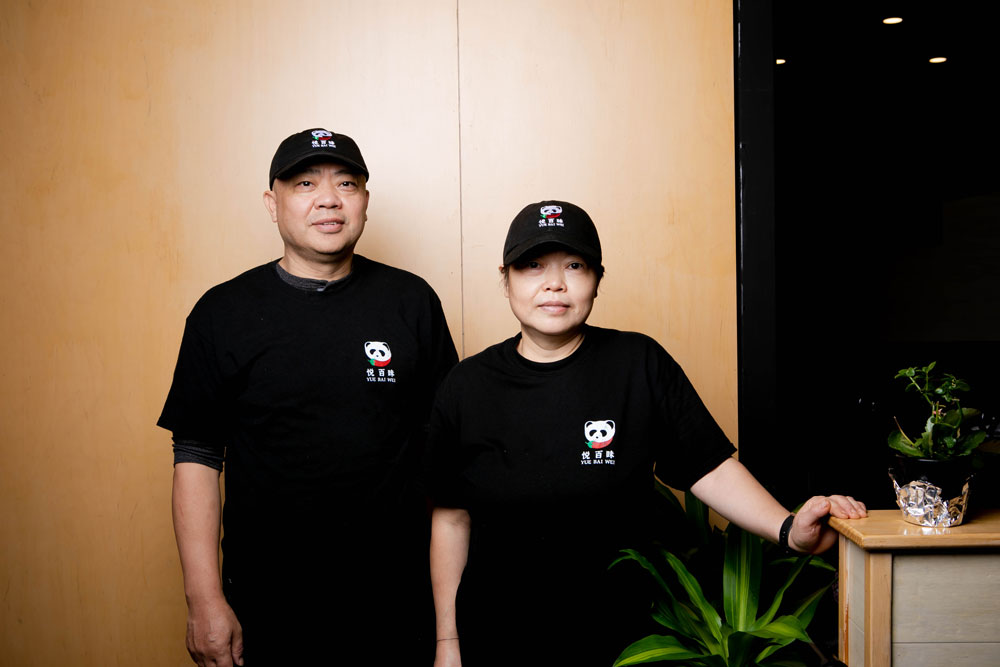 Their opening is the latest in a series of thrilling culinary developments in Squirrel Hill. Over the past decade and especially in the last few years, Squirrel Hill has developed from another neighborhood with catch-all Chinese restaurants to a hub for regional Chinese cuisine that rivals much bigger cities that have a deeper history of large-scale migration from China. With an ever-growing number of exceptional restaurants run by immigrants showcasing the cuisines of where they are from, it’s Pittsburgh’s destination dining neighborhood.

Add Yue Bai Wei, which roughly translates to Hundreds of Satisfying Flavors, to your must-visit list.

True to its name, the menu at Yue Bai Wei is lengthy and will appeal to Pittsburgh’s Chinese population and diners already familiar with Sichuan Chinese cuisine. While it might initially feel intimidating to customers who are more used to Chinese-American-style restaurants, you’ll get the hang of it after a few visits, and you’ll have a tasty time doing it. Here’s the good news — I’ve yet to find a real clunker in the bunch. I’m sure there are a few (no restaurant with this many dishes will be perfect) but the baseline here is excellent, and many dishes are outstanding. Whether it was a feast with a large group or an intimate table for two, I walked away impressed by the consistent execution of the kitchen. 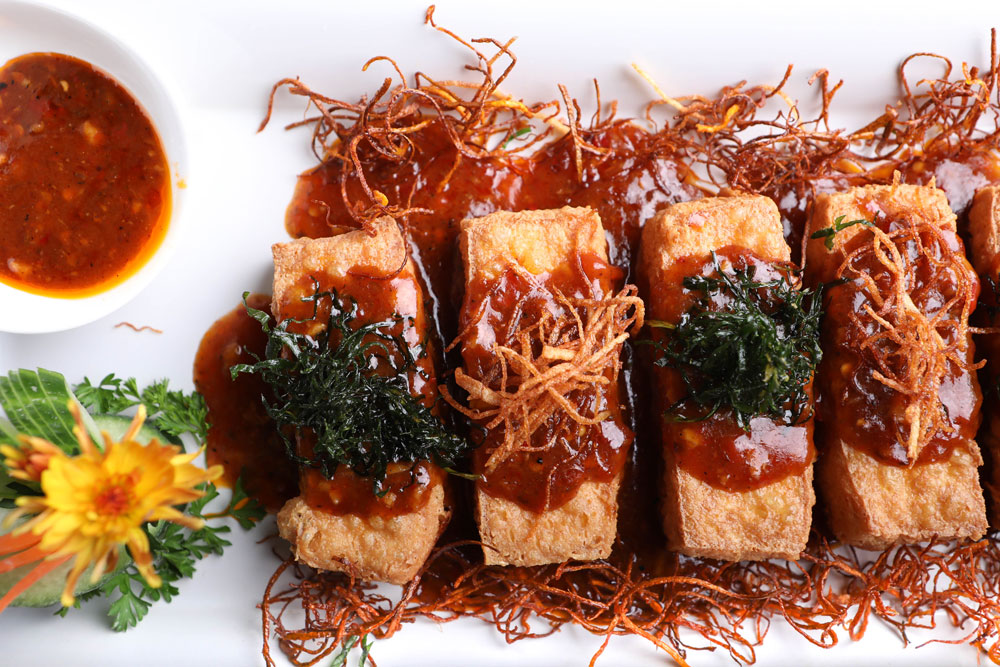 That’s because  Zhiyuan Tang is one of the best chefs in Pittsburgh. He comes from a culinary family (Li Tang prepares the sauces at Yue Bai Wei and some of their siblings operate restaurants in China) and started cooking professionally in Chengdu, China, in 1987. Tang worked his way to the highest rank in China’s professional cooking system prior to moving to Pittsburgh in 2017. It’s been a treat to experience his growth as a chef since then, and I’m eager to see where it takes him now that he’s running Yue Bai Wei.

Chongqing-style dry-fried chicken with chilies (lazi ji) is universally popular for a good reason. Crispy nuggets of chicken are dressed with a full-tilt ma-la mix of Sichuan peppercorns and dried hot peppers for a can’t-stop-eating flavor that builds to a cascade of scalp-tingling heat. Yue Bai Wei’s version, enhanced with toasted peanuts, is a textbook example of why it’s so craveable.

Hot pots and flaming pans are a signature of Sichuan restaurants, and, from kidneys to cauliflower, there are many to choose from at Yue Bai Wei. I’m a big fan of the hot & spicy pot pork ribs. It arrives at the table sizzling and extraordinarily fragrant, an inhalation of peppercorn and ginger perfume. Tender chunks of pork stay toothsome as they fall off the bone, and there is an armada of vegetables such as green and red bell peppers, wood-ear mushrooms, celery, lotus root and cauliflower, plus chewy tofu skins. The texture-rich dish eats like a complete meal.

As much as I loved the dish, I thought it needed just a little more punch. Fu says they’ve dialed the heat back with some items to not overwhelm guests, so if you like your dishes with a kick, don’t be shy about asking for them to turn it back up. 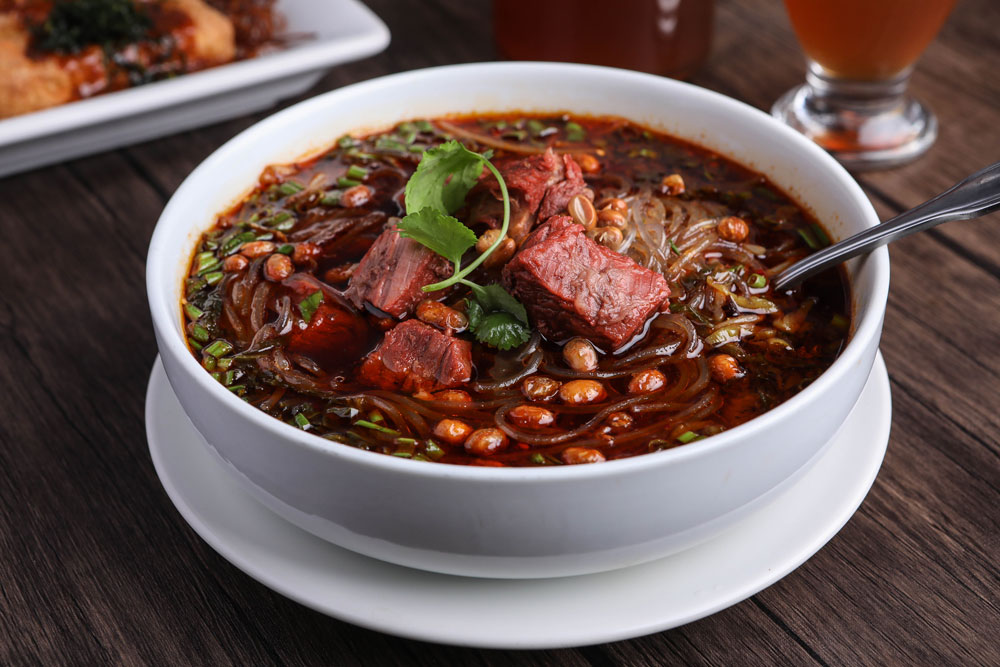 Two Sichuan noodle dishes, sour and hot glass noodles with beef (suan la fen) and Chongqing special noodle (xiao mian), enthralled me. Chewy yam-starch noodles and tender-braised beef lingered in a broth that was hot and sour, of course, but also tangy and layered, blanched with an herbaceous pop of cilantro and textured with crunchy little soybeans; it was a talk-about-it-the-next-day hit following a group dinner. The Chongqing noodles are just as delightful. A popular street food, it makes for an aromatic, feel-good appetizer with tender split yellow peas, dried pork and a pleasant heat bolstering a bowl of chewy wheat noodles.

Neither lamb nor cumin is historically tied to Sichuan culinary identity, yet Xinjiang and Shaanxi dishes such as cumin lamb (zi ran yang rou) have become signature items in many Sichuan restaurants. With its lacy sliced lamb shoulder and an aromatic pop from ginger and spice, Tang’s version is exemplary. But if you’re really in the mood for lamb, get the bone-in chops. The thin chops are coated with a crispy crust that gives way to a tender interior. My friends Patrick, Jamie and I turned into gnaw-the-bones-clean monsters as we searched for the last little pockets of ultra-flavorful rendered fat. It is one of the most memorable dishes in Pittsburgh right now. 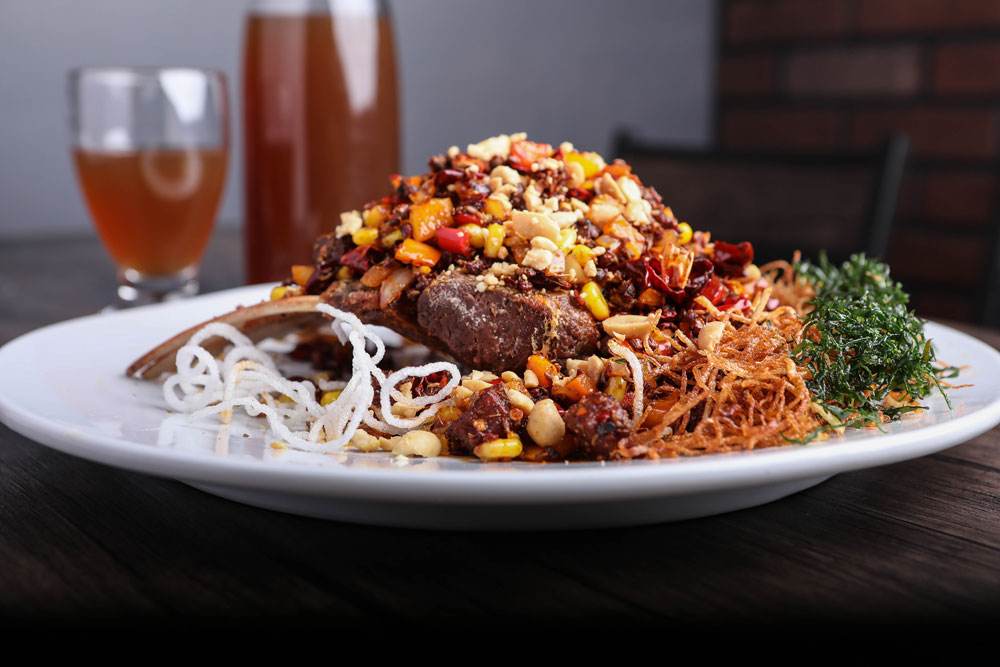 Tang’s pan-Chinese dishes, those rooted in specific regions but part of the centuries-old cultural exchange of Chinese cuisine, are worth ordering, too. I’m a big fan of Lion’s Head meatballs (shi zi tou), a dish with roots in Huaiyang that features massive meatballs caramelized to mahogany on the outside and silken within, plus glassy noodles and tender bok choy all in a warm-spiced sauce.

Other dishes, such as braised beef brisket and turnip clay pot, are absolute homestyle comfort food. This one was perfect on the first cool night of the autumn. The dish expresses the universality of long-cooked stew as a metaphorical hand on your shoulders; have a few bites and everything is going to be all right. It’s also a good balance to some of the more fiery dishes you’re likely to order.

Yue Bai Wei is on the more expensive end of Pittsburgh’s Chinese restaurants (those lamb chops, for example, are $35). That, in itself, is OK. We ought not to broadly classify certain cuisines, which, in the United States, nearly always are immigrant cuisines with a long history of marginalization and racism, as “cheap eats.” Tang’s skills as a chef are top tier, and it’s worth paying a premium to eat his food. 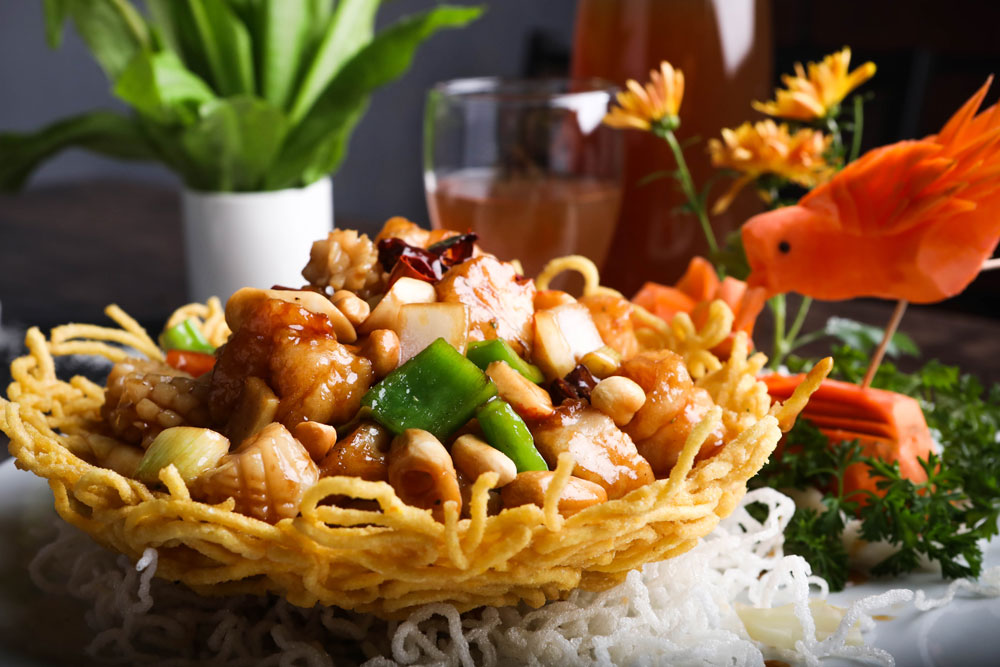 However, I think it’s reasonable to have some expectations of being taken care of at this price, particularly when it comes to service. On nearly all of my visits, my table received incorrect dishes. Often, the order of service felt haphazard, too — dishes typically served early in the meal, such as a very good version of pork dumplings in red chili oil, appeared at the end instead. And while I recognize that staffing remains an issue and the restaurant also is doing a robust business in takeaway and delivery orders, the kitchen can be backed up longer than you’d hope for dinner, particularly on the weekends (weeknight service tends to be smoother overall).

Ownership’s rapid move to open the restaurant left some holes in design. With its oddly spaced-out seating arrangement, hodgepodge collection of chairs and sparse decor on the walls, the restaurant feels more like a bare-bones cafe than a restaurant that matches the excellence of the kitchen. It is by no means a reason not to patronize the business, but certainly is where I think there is room for growth to allow Yue Bai Wei to shine as one of Pittsburgh’s top restaurants; the food is already there.