More Changes Ahead for Butterjoint

Coming this autumn: A sandwich loaf, ready-to-eat options and a smashburger. 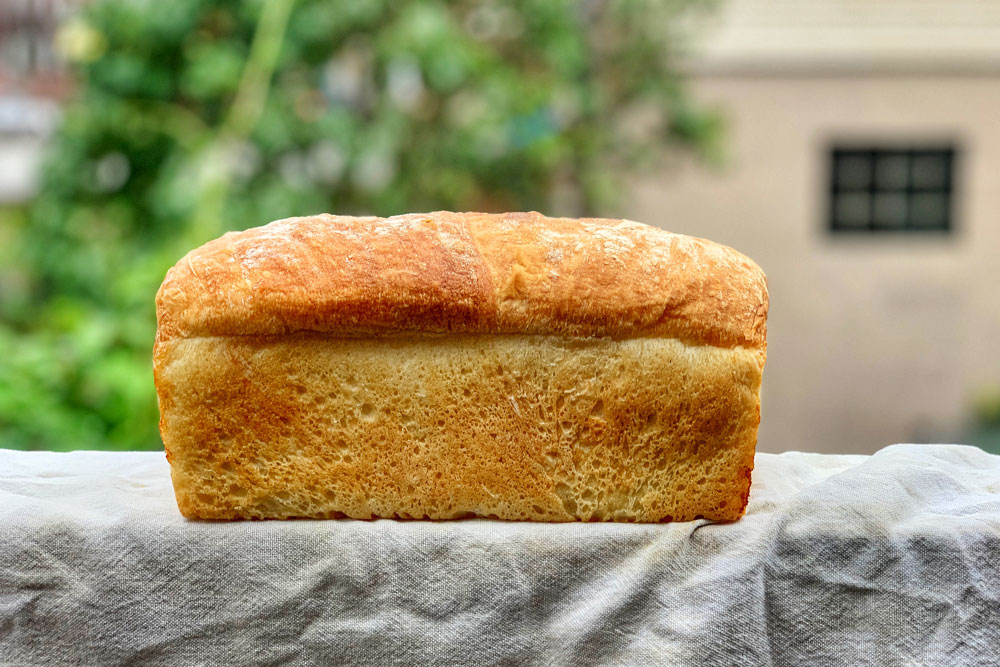 Trevett Hooper has been thinking about the future of Butterjoint, the Oakland restaurant he owns with his wife, Sarah, a lot this summer. “So much is still changing. The nature of work is changing. And that affects people’s eating habits. The schools being open or not open changes people’s eating habits. When it felt like this [pandemic] was going to be a couple of weeks, it was ‘Let’s hunker down with our families and discover new things to cook.’ And with Butterjoint, early on, we had ingredients and ideas that helped expose people to new things to cook. But we’re starting to be busy again, and I think we want a little more convenience. People are maybe feeling a little bored with cooking at home, too,” he says.

The Hoopers have been making adjustments all year, starting in February with the consolidation of Legume Bistro, Butterjoint and Pie For Breakfast into a classy-casual restaurant called Butterjoint All Day. But that concept didn’t get beyond the test kitchen stage prior to the impact of COVID-19. Instead, the Hoopers, with a small team that includes chef de cuisine Csilla Thackray, pastry chef Robin Cumpston and bar manager Austin Ansell, rolled with the circumstances as best as possible for the last five-plus months. “It’s a lot of going with the flow. We look at our own lives every day and think about what we need,” says Trevett Hooper.

The initial pivot was to a multimodal model that combined aspects of their restaurant with goods typically found in a higher-end marketplace. Thackray and Hooper prepared frozen food items such as pierogi, chicken pot pie and stuffed cabbage and seasonal specials such as corn and sweet onion chowder. They offered house-made pantry staples such as yogurt, schmalz and kimchi, plus items from partners such as Twin Brooks Dairy milk and Paul Family Farms maple syrup; add a selection of pastries and pies, ready-to-drink cocktails and tasty beer. All in all, it proved a smart way to get through the summer.

As the repercussions of the pandemic look to continue for an uncertain time, Hooper felt that the current system, which has a lot of moving parts and only allows for hot, ready-to-eat food on Fridays and Saturdays, wasn’t sustainable. Diners in Pittsburgh want something more streamlined.

Hooper says he’s renovating the Pie For Breakfast kitchen, replacing the flat-top and range with more bakery equipment. “It’s an opportunity to continue with the Pie for Breakfast theme, even if it isn’t called that. It’ll be a pretty pie-heavy dessert menu,” he says, noting that, since everything will be served for takeaway, it’ll operate more as a neighborhood bakery, with items such as scones and takeaway breakfast pastries than the sit-down coffee shop he’d originally intended for the space.

He’s adding a bread program, which is something he hadn’t seriously considered doing until Five Points Artisan Bakeshop owner Geof Cummings talked him into it. The two have been friends for about two decades, and Cummings even helped Hooper develop some of the recipes and techniques that will be used at Butterjoint Bakery. “I’m a generalist. I have bread baking skills, but I can talk to him for 10 minutes and it feels like I’m shaving a month off my R&D,” Hooper says.

At the center of the bread program are American-style loaves of bread such as a well-structured white sandwich loaf made from ciabatta dough. “It’s just good slicing bread, the kind that I always want at home,” says Hooper.

On the Butterjoint side, Thackray will offer an array of ready-to-eat dishes such as hearty salads, pot pies and chicken paprikash. Some of the frozen prepared items, such as meatballs, will remain on the menu, too.

And here’s some big news: Butterjoint is changing its hamburger. The Butterjoint burger, always one of Pittsburgh’s best, is a thicker, tavern-style gourmet burger. That’s going away for the time being in favor of the Butterjoint smashburger, which will come in single- and double-patty options. Hooper says there will be four or five composed burger permutations available daily, as well as a build-your-own option utilizing Butterjoint’s various ferments, sauces and toppings.

Hooper says he’s thinking through the possibility of opening the roomy former Legume space for indoor dining. Although he has no immediate plans, he’s monitoring the trajectory of the virus in Allegheny and the neighboring counties, as well as nationally. He says that what it comes down to is this: “As long as my staff feels safe doing it, we’ll do it. I’m not going to put anyone in a position where they would feel unsafe. I feel more comfortable with the idea now than I felt in June.”