We have details on what's next for Trevett and Sarah Hooper's beloved restaurant. 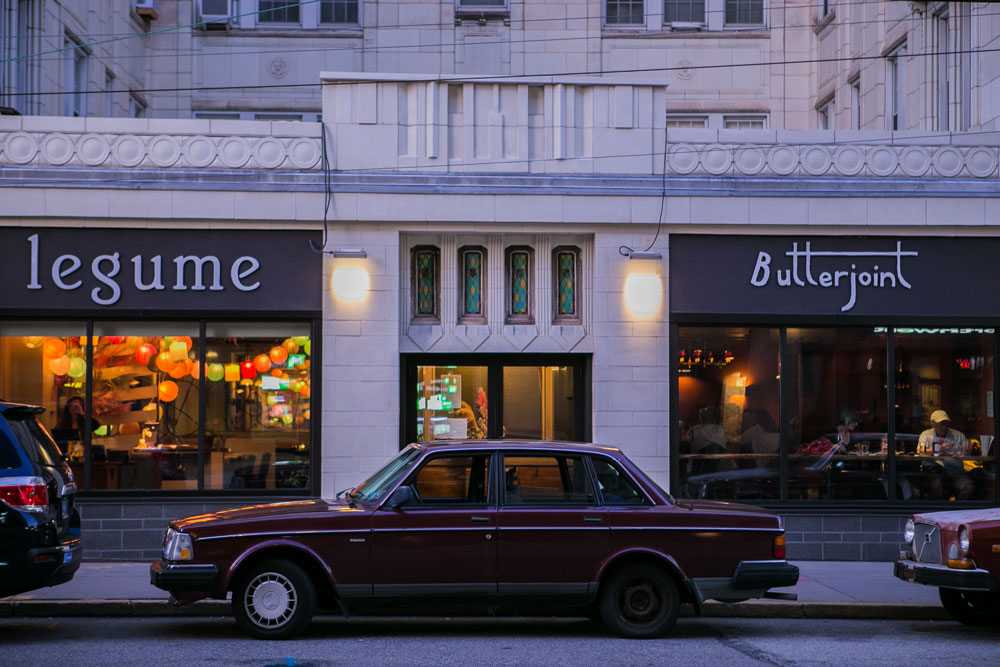 Legume as we know it is closing on February 29. “We’re making a new restaurant where Legume is now. It’s more of a recycling or composting than a closing,” says co-owner and executive chef Trevett Hooper.

Come early to mid-March, the space, as well as its attached bar Butterjoint, will be rebranded as Butterjoint All Day. “Basically, it boils down to the fact that we’ve had to run Legume with rising costs and an oversaturated market. We’ve been running it with a skeleton crew, and it’s just wearing us thin. So the desire is to keep making a restaurant that is vibrant, that’s serving thoughtful food. But I don’t see how we can do that in a fine-dining context in Pittsburgh in 2020,” Hooper says.

Butterjoint All Day will offer breakfast, lunch and dinner service. The breakfast menu will be similar to the one provided at Pie For Breakfast but expanded and more in line with the original vision for that space. The restaurant’s daytime menu will include hamburgers and hearty salads, as well as dishes such as tempeh reuben that were on the menu when Legume offered lunch service a few years ago. In the evening, the menu will incorporate popular Legume offerings such as duck confit and cassoulet but will be presented in a much more casual format than they were at Legume. Popular Butterjoint dishes such as pierogi and kielbasa will be added to the menu, which will be served in both spaces. “It’s going to be a lot more bistro,” Hooper says.

Jessica George, currently kitchen manager for the three restaurants, will become Butterjoint All Day’s executive chef and chef de cuisine Csilla Thackray will retain her position. Designer Thommy Conroy will continue his transformation of the space.

Hooper plans to turn the Pie for Breakfast location into a coffee shop and bakehouse.

“This is something that was necessary to keep doing what we were doing. I didn’t want Legume to become a hardened version of its older self. There is tremendous energy here to do something great, and that’s what we plan on doing,” says Hooper.