Pane è Pronto will feature a bread program and hot food for takeaway. 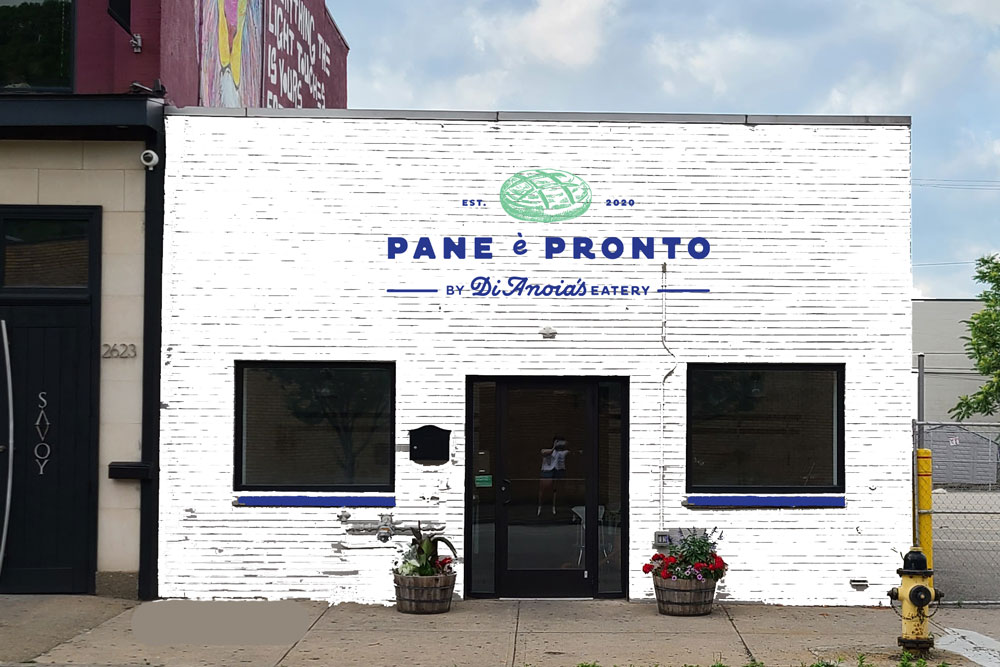 DiAnoia’s Eatery owners Aimee DiAndrea and Dave Anoia were planning on expanding their footprint prior to the outbreak of COVID-19 in March. They’d recently signed a lease on the former Choppin’ Block space, located down the block from their Italian restaurant on Penn Avenue in the Strip District. With 2,100 square feet of fully equipped kitchen, the location was set to be a much-needed hub for DiAndrea and Anoia. Their restaurant was wildly popular, they were running a robust and rapidly growing special events business and had opened their first spin-off, Pizzeria Davide.

In addition to using the location as a commissary for their culinary operations, Anoia says, “We were going to launch a Long-Island-style deli.”

However, with Gov. Tom Wolf’s stay-at-home order still in place for the foreseeable future when they took over the space on May 1, the DiAnoia’s team realized they needed to pivot. “There was no way we could support three lunchtime sandwich places in one area at that time,” Anoia says.

Catering operations had pretty much ceased and, because hardly anybody was working Downtown or visiting the Strip District, there wasn’t the breakfast and lunchtime traffic they were used to seeing. “It’s not so great when you have a huge kitchen and rent to pay, with not a lot of business going on. But, things change, and you have to adapt to them,” Anoia says.

After some deliberation about what format would work best under the given circumstances, they decided to open a bakery and prepared foods establishment. They’re calling it Pane è Pronto. 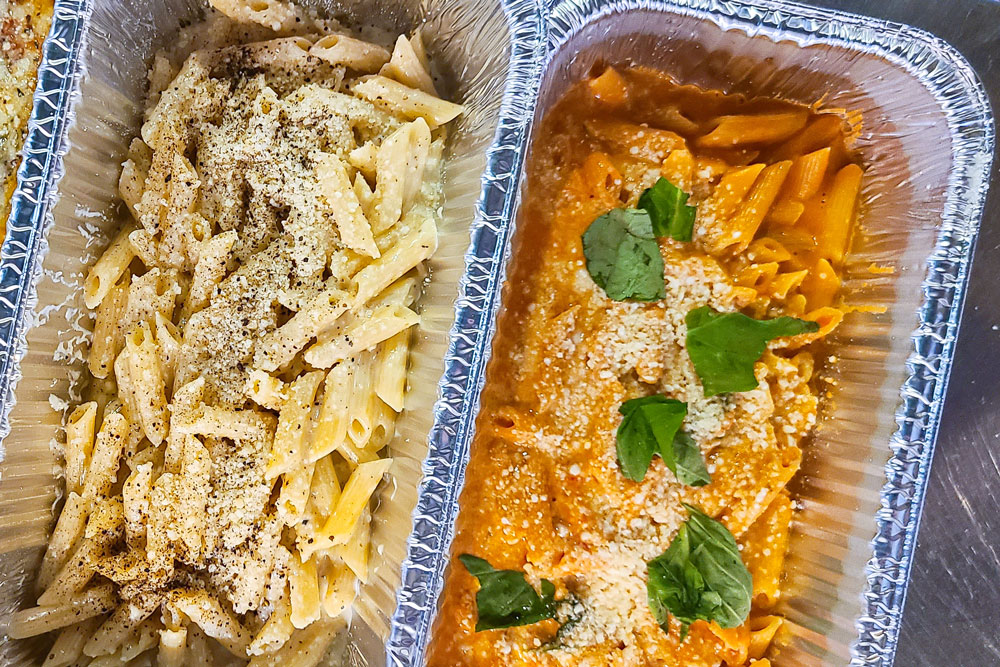 Head baker Nick Malburg will run the “pane” part of the name. He joined DiAnoia’s in May 2019 and has developed a robust bread program for the restaurant. For the morning menu, expect a selection of bread, which will include three or four varieties of sourdough (standard, rosemary and seasonally rotating), ciabatta, focaccia, demi baguettes and hard-crust rolls such as Kaiser, and a variety of pastries such as Italian danish, bombolini and taralli.

Tyler England, who was promoted to DiAnoia’s executive chef earlier this year, will oversee the “pronto” part of the operation. Customers can expect hot, ready-to-go versions of DiAnoia’s favorites such as lasagna, meatballs and greens and beans. “These are dishes that travel well and hit a reasonable price point. You could pick up a full meal, or it could be that you want to supplement what you have at home,” Anoia says.

Pane è Pronto’s opening menu will be rounded out with quick-service deli-case items such as antipasti, pasta salad and marinara sauce, and a freezer stocked with, among other things, meatballs, frozen pasta, various sauces and Millie’s ice cream.

Down the road, Anoia says, they will introduce sandwiches and other lunchtime dishes. Look for Pane è Pronto to open early autumn.