2 Sisters 2 Sons Opens With a Splash 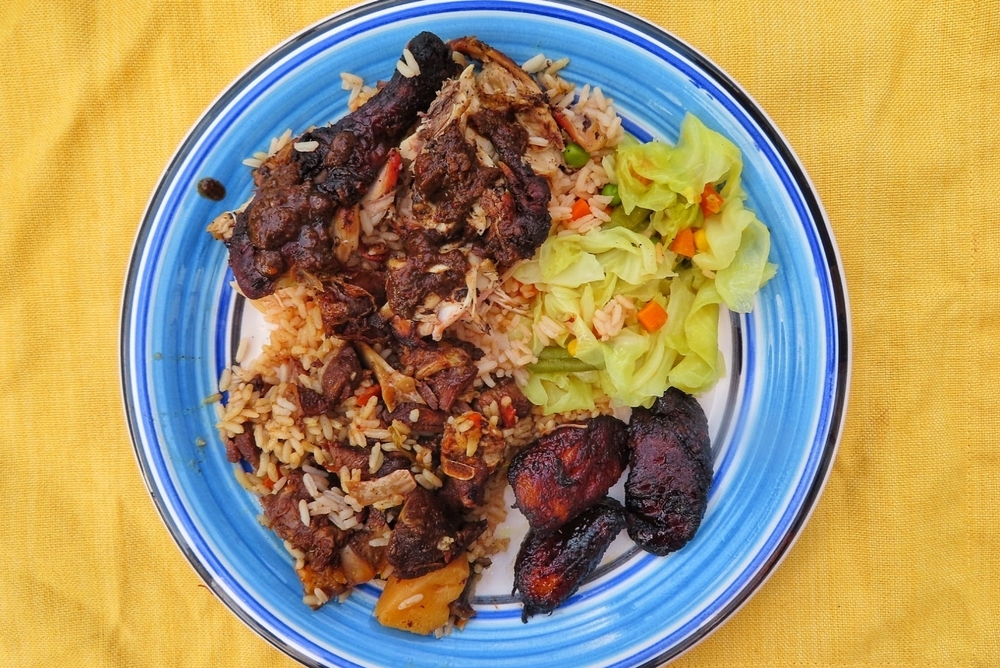 Despite operating as a takeout-only business, the energy at 2 Sisters 2 Sons has been non-stop since it opened on Main Street in Sharpsburg on July 6. Customers are lining up, at a distance, for plates of flavorful jerk chicken that doesn’t hold back on punch, warmly spiced goat curry, and luscious braised oxtails, among other offerings.

Co-owners Denise Josephs and Marlene Siddo are no stranger to a restaurant kitchen, having previously run 3 Sisters in Wilkinsburg; it closed in 2015. But the two sisters really started building a fan base when they paired up with their sons, Michael Brown and Kwasi Prince, to sell their dishes in 2017 at the Pittsburgh Jerk Fess in Highland Park. Now, the four, with the help of their families, are delighting the region with Jamaican cuisine from their Sharpsburg restaurant.

It’s a testament to the division of labor between the generations.

“When you’re one person trying to do a thousand things, you can see that in the results. When you all work together, you can get the ship moving,” says Brown, who along with Prince runs the business and front-of-house side of the operation, as well as its social media. 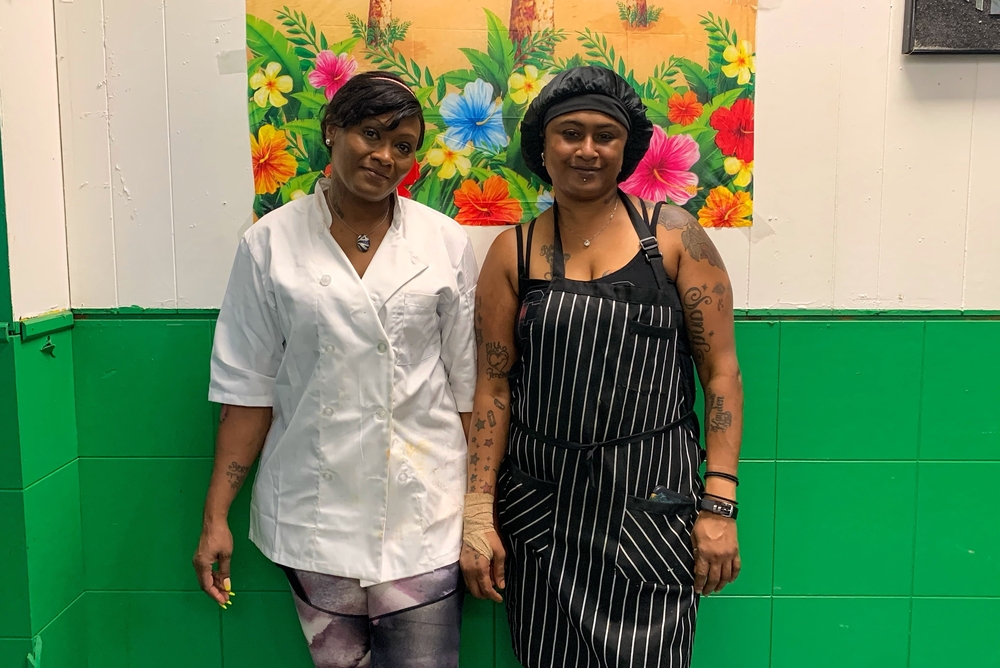 Josephs and Siddo share the role of head chef. “I was fascinated with cooking ever since I was 9 years old. I would try to cook rice for my mom when she went to work,” says Josephs.

Although both chefs can jump in to prepare anything on the menu, each has their specialties. Josephs handles cold dishes such as linguine. You won’t find that particular cold pasta salad on many Jamaican restaurants’ menu, but it’s a longtime specialty of Josephs, who moved from Jamaica to New York City when she was 12. She mixes al dente pasta with Italian dressing that she kicks up a notch. “The rest of the seasonings are secret,” she says. It makes a zingy companion to some of the restaurant’s spicier dishes. Traditional Jamaican sides such as rice and peas and steamed cabbage also are featured on the menu. Josephs says she prepares the BBQ jerk sauce and, enjoys cooking fish dishes such as curried salmon and steamed red snapper with Jamaican pumpkin and vegetables, too.

Siddo handles the rest of the sauces and the meats, which are terrific. I’ve visited 2 Sisters 2 Brothers twice and have been delighted with nearly everything I’ve tried; the jerk chicken and brown-stew goat were standouts for their layered flavors. Josephs says she and her sister are planning a menu expansion that will include rotating specials, plus, once the weather turns colder, a selection of soups.

The restaurant has a handful of vegetarian and vegan dishes, and Josephs says she’s always happy to cook more. For example, tofu salad, which features green plantains that are cut and cooked to resemble French fries, isn’t on the menu. “If you call us, we’ll make it for you. Give us a little time, and we’ll make it great for you,” Josephs says.

Calling in advance is the way to go as not all dishes are available at all times. Josephs says prior notice is especially important with the fish dishes, as they take longer to prepare. “Maybe it’ll take 30 minutes. But your food will be nice and fresh and prepared with love, ready for you when you pick it up,” she says.

As for Brown, he knew the restaurant, whose opening was delayed three months because construction of a kitchen was paused in April because of the pandemic, would be a success. But even he was taken aback by just how popular it’s been. “We’re fresh on the scene, and the food is good, so people are coming,” he says.