A new Chinese restaurant and a restaurant in a renovated historic building have my attention. 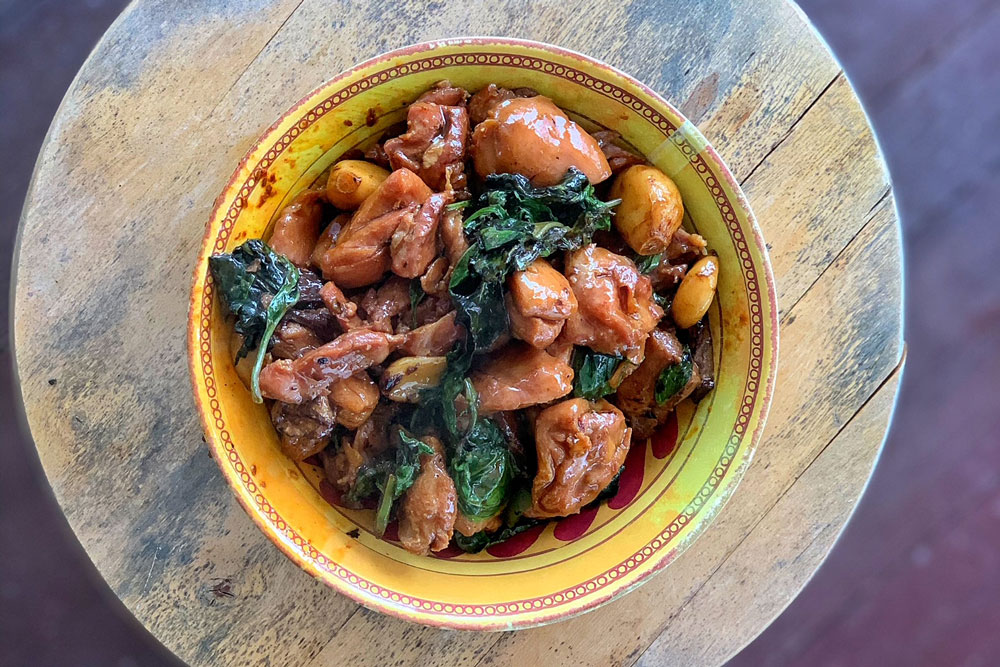 There’s a lot to celebrate with this opening, and foremost is the depth of its menu. You Shan Pei, the former head chef of Northeastern Kitchen, remains on staff, and he’s joined by Michael Chew, a Taiwanese chef with 40 years of experience; Chew first cooked in Pittsburgh 30 years ago when he was the chef of Chef Chow in Fox Chapel.

Rather than focus solely on the lesser-known (though utterly delicious) cuisine of Heilongjiang province, as was the case at Northeastern Kitchen, the two chefs are collaborating on a pan-Chinese menu. Those dishes go beyond the typical Chinese restaurant menu to celebrate the nation’s culinary intricacies, and they’re also exploring the depths of regional cuisine.

This means you’ll find Xi’an dishes such as spiced meat sandwiches, Hunanese dishes such as bamboo shoot tips with pork, Cantonese dishes such as Guangdong Wine Chicken Pot, Sichuan dishes such as Bear Paw tofu and Taiwanese dishes such as clove fish with peanut. Eleven items from the original Northeastern Kitchen menu remain, with steamed and sliced pork knuckles, stewed four white and pork stew with sauerkraut among the highlights. Lovers of offal also will be delighted to see a menu that offers more kidney, liver and intestine dishes than you’ll find just about anywhere else in town. The rest of the menu is rounded with canonical Chinese dishes such as handmade dumplings, mapo tofu, double-cooked pork and dry-sauteed string beans.

“We’re a new restaurant, so we have a lot of new dishes. There are many dishes you can’t find anywhere else in Pittsburgh,” says owner Jet Zhong. 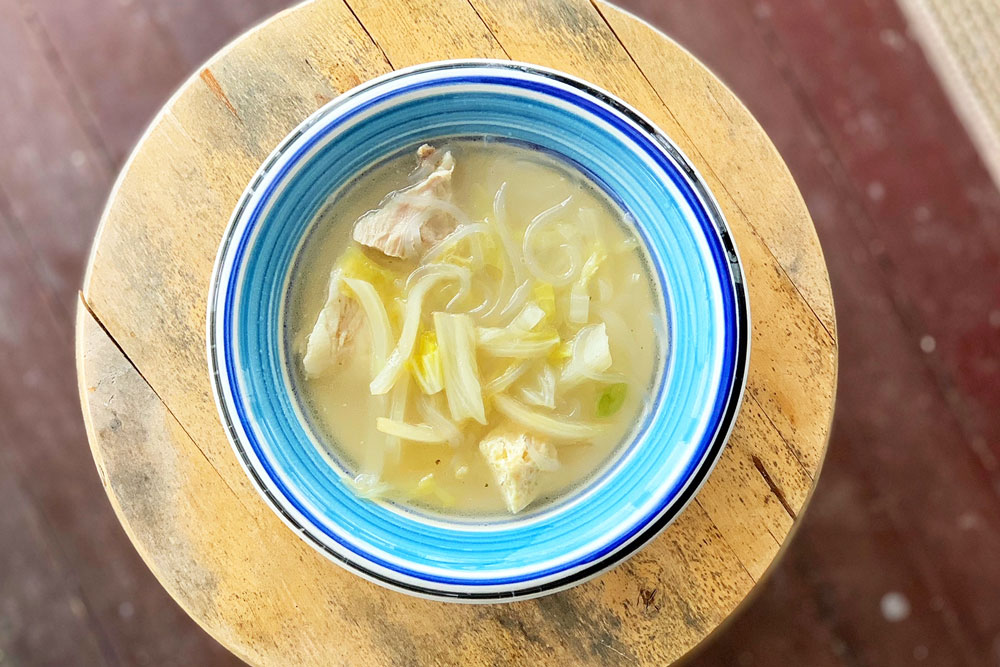 I’ve ordered takeout from Jian’s Kitchen twice already. Of the northeastern dishes, the stewed four white might even be better than it was when I reviewed Northeastern Kitchen two years ago; thin slices of pork belly, cubes of tofu, shards of cabbage and ribbons of glass noodles all in a soothing, unctuous broth was exactly what I wanted to be eating on an 18 degree night. Stir-fried eggplant, potato and green pepper was just as comforting as I remembered it to be, too. Three-tones basil chicken (often listed as three-cup chicken on Taiwanese menus) was a hit for me, with herbaceous basil punctuating the richness from the balanced combination soy sauce, rice wine and sesame oil that make the dish what it is; at Jian’s Kitchen, the umami is bumped even higher with the addition of mushrooms. If you’re looking for something spicier, go for Old Mother Chicken; the bone-in chicken pieces sing with fiery green chili pepper, garlic and cilantro.

Aside from a too-mild-for-my-taste cumin lamb, I’ve found all of Pei and Chew’s cookery layered with flavor. I’m very much looking forward to a deeper dive into their menu. 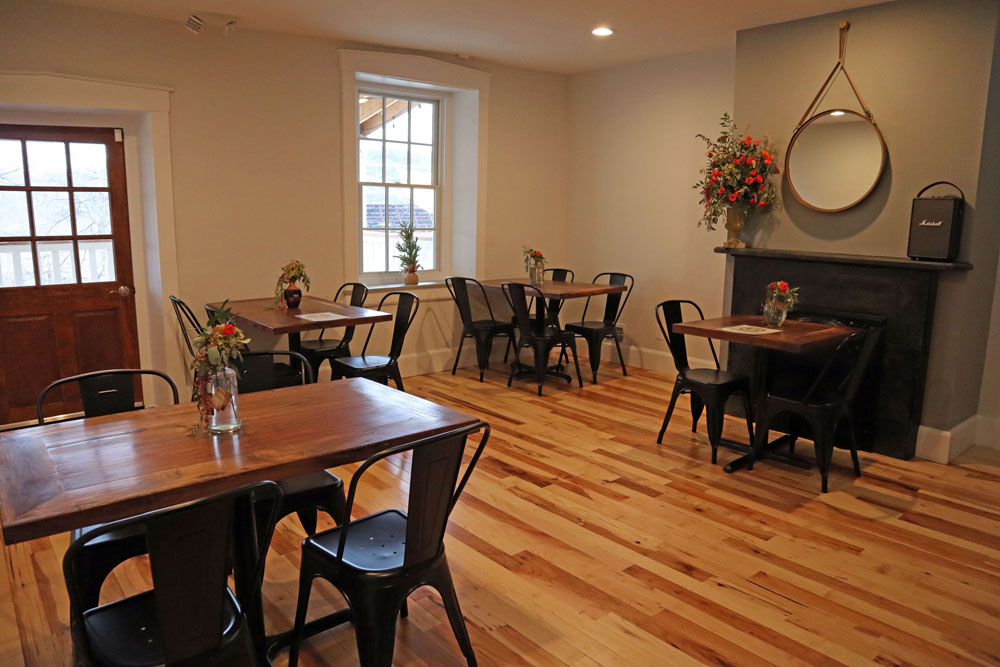 The Woods House
The Woods House is among the oldest buildings — likely the oldest residential structure — in Pittsburgh. George Woods, the surveyor of the land that would become the Golden Triangle, built the structure in Hazelwood in 1792.

According to the Pittsburgh Post-Gazette, the last time somebody lived in the house was in the 1970s. Over the years, the building fell into disrepair. It was purchased by the Urban Redevelopment Authority in 2001, but lay fallow until Woods House LLC purchased it in 2018. Following years of restoration, it’s now open as The Woods House, a Scottish-style pub.

The menu tilts Scottish in homage to Woods’ heritage, and the menu leans into the pub faire, with fish and chips, bangers and mash, potato-leek soup and Guinness steak pie (as well as a seitan option for vegetarians) serving as the centerpieces of the still limited menu.

As if eating in a building of extreme historical significance wasn’t enough, there’s a contemporary turn that makes this opening even more special: Community Kitchen Pittsburgh, the outstanding nonprofit that works to train and place people who face barriers to employment to build careers in the service industry, is partnering with the owners to run The Woods House kitchen. 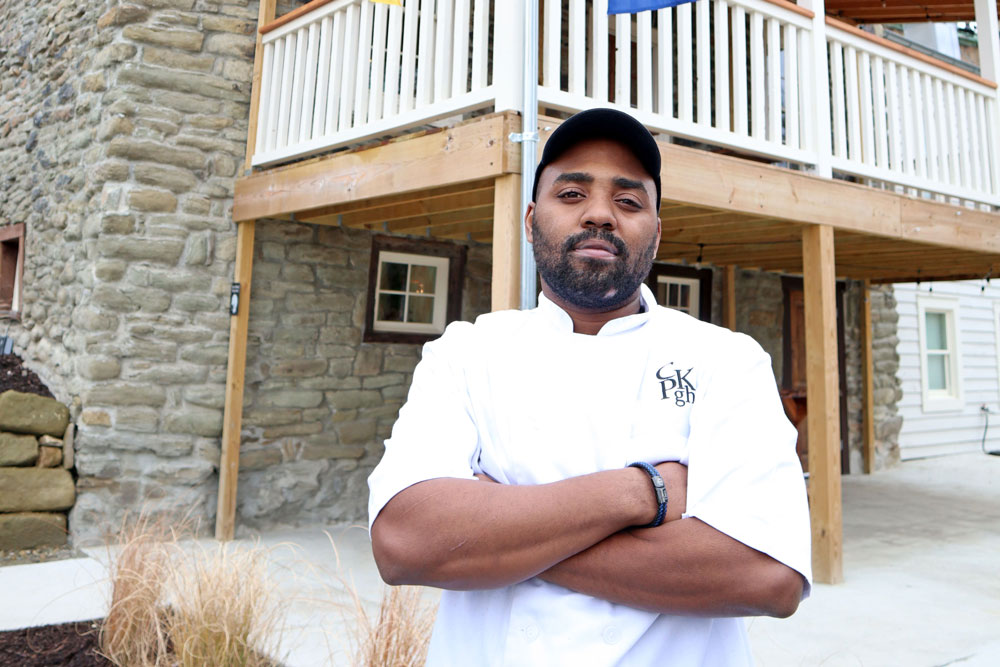 Tauraus Reed is training to run the kitchen under the mentorship of Community Kitchen Pittsburgh chef-trainer Travis Torsell. He’ll be running the show in a few weeks. Additionally, students are expected to have opportunities to work rotations in the kitchen prepping food and, when ready, executing the meals. It’s part of a developing program to put Community Kitchen Pittsburgh graduates, who already work in a good number of restaurants throughout the city, into leadership roles.

The restaurant is open for limited capacity dine-in on weekends (reservations recommended), and offers fish and chips for takeout. I’m looking forward to visiting in the future.
4604 Monongahela Street, Hazelwood; 412/251-0894, woodshousepgh.com