The Latest Restaurant Openings in Pittsburgh

Hello to a new bakery, a confectionary from The Autism Employment Network, a second Threadbare Cider location and more. 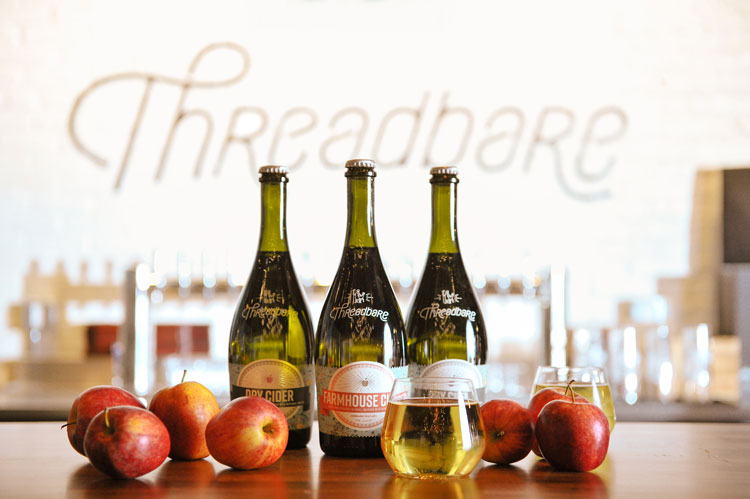 Threefifty°
After years of baking in Piper’s Pub’s kitchen, Barb Reale and Janie Crawford have their own bakery shop — 350° Bakery in the South Side Slopes. Inside a former tire shop, the pair offer coffee and tea along with baked goods, such as hand pies, scones and sugar buns. The shop is currently only open weekends, but Reale and Crawford plan to extend its hours in the future. The bakery will continue to sell its goods wholesale throughout the city. 2427 S. 18th St., South Side; 412/381-4000, threefiftypgh.com

SmokinGhosts BBQ
Once ghost hunters with the Western Pennsylvania Paranormal Investigators, Don and Lori Garrett have moved on to opening their own barbecue joint in the North Side after years of catering only for friends. Open for lunch Thursday through Saturday, the Garretts are serving a mixture of barbecue styles such as Texas and North Carolina as well as pork belly dishes and poutine. 1825 Liverpool St., North Side; 412/662-0394, smokinghostbbq.com

SpectroDolce Confectionary
Sweet treats and new work opportunities are forged at The Autism Employment Network’s new confectionary, SpectroDolce. The sweet shop, which serves confections such as handmade fudge, milkshakes, ice cream and Liege waffles, is maintained primarily by adults diagnosed with autism. Some of the proceeds from the shop will go to supporting the expansion of The Autism Employment Network. The store will host its grand opening on Nov. 1, but is currently open to the public. 3926 William Penn Hwy., Monroeville; 412/702-9663, autismemploymentnetwork.com