This historical produce distribution hub promises to be a destination for food and fun. 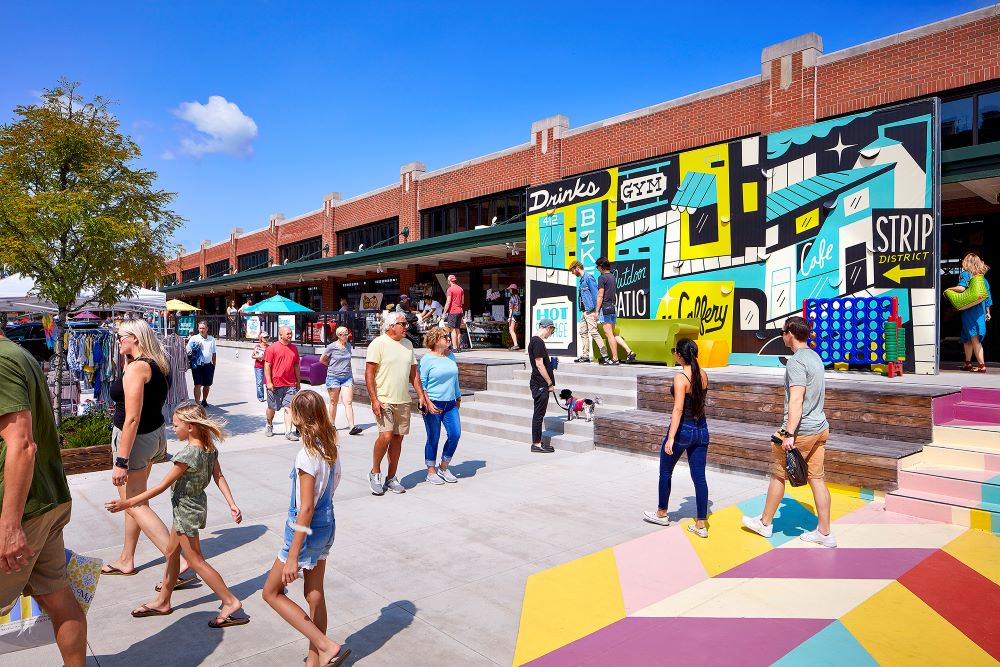 From its humble beginnings as a produce distribution hub to its current role as a dining and entertainment complex, The Terminal in the Strip District is an historical foodie destination.

Since 2014, real estate development firm McCaffery has been transforming the former Pennsylvania Railroad Fruit Auction & Sales Building into a modern commerce hub. So, what’s open and what’s coming soon to the building, which stretches for five blocks along Smallman Street?

Right now, shoppers can head to City Grows to purchase plants, get a mani-pedi at Envy Premier Nail Spa, stock up on artisan soap at Pip & Lola’s Everything Homemade, tee off at OnPar Now, peruse the stacks at Posman Books while enjoying a cone from Oddfellows Ice Cream and burn off the calories at [solidcore], StretchLab or Walk Run Lift Studio.

The exercise facilities, which will soon include Mayweather Boxing & Fitness, are a nice complement to The Terminal’s culinary offerings.

PrimoHoagies, a Philadelphia-based chain, is spreading brotherly love by opening multiple sandwich shops throughout the ‘Burgh. The Strip site at 1901 Smallman St. operates daily from 10 a.m. to 8 p.m. There, guests can get a variety of cheesesteaks, Italian and deli classics, meatless options and house specialties such as the Soprano: cracked pepper turkey, sharp provolone and roasted red peppers on freshly baked bread.

Another fast-casual chain, Chipotle Mexican Grill, will be opening soon. If you’re a taco fan, The Terminal will host The Original Pittsburgh Taco Festival on Sept. 10 from 11:30 a.m. to 7 p.m.

OddFellows Ice Cream Co., nestled inside the bookstore at 1637 Smallman St., began as one man’s quest to satisfy his wife’s pregnancy cravings. Since 2013, Oddfellow’s resident dessert wizard, Chef Sam Mason, has churned out more than 500 weird, small-batch flavors and classic scoops. Now, in addition to its Brooklyn headquarters, Oddfellows has eight locations in the United States and Korea. Stock up on books before you experience a brain freeze. 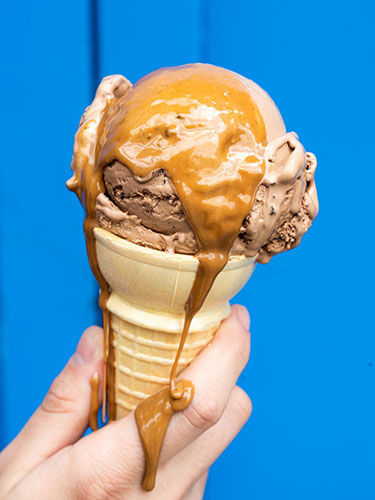 An Asian food hall will occupy a large portion of the development, details of which will be released soon. Local chefs Mike Chen, of Everyday Noodles in Squirrel Hill, and Alex Tang, co-owner of East Liberty’s Mola, are curating the space, which will have seven eateries represented along with a central bar.

In addition to a Fine Wine & Good Spirits Premium Collection store, which hosts free wine tastings every Thursday and Friday from 4 to 6 p.m., The Terminal will house several boozy businesses. One of the country’s fastest growing brands, Virginia’s Aslin Beer Company, is opening a 10,000-square-foot taproom in the mixed-used development in October. It will house a 10-barrel brewing system, a cafe (Aslin roasts its own coffee, too!), a second-floor mezzanine and a patio. The brew crew is getting a crash course in food service from Scratch & Co. Cafe and Pub in nearby Troy Hill.

When it opens in the spring of 2023, City Winery will be a spot to wine, dine and see a live performance. The venue will boast a full-service restaurant, indoor and outdoor seating for 250 and a stage equipped with a top-of-the-line Meyer Sound system. The company, which has hotspots in New York, Nashville, Atlanta and Boston, features a proprietary wine-tap system with its own varieties of vino served straight from stainless steel kegs.

At Puttshack, opening in spring 2023, patrons can play a round of high-tech miniature golf in an indoor environment that’s also home to a restaurant serving gourmet eats, from globally inspired appetizers and desserts to flatbreads, salads and sandwiches. There will also be a full-service bar with signature cocktails and mocktails as well as beer and wine.

Hieber’s Pharmacy isn’t a stranger to the Strip. It first opened in the neighborhood in the 1860s before relocating to Oakland. Now owned by Rosemary Mihalko, who purchased the business in 2019, the institution’s Terminal site will include an old-fashioned soda machine and will sell pre-packaged snacks.

You don’t have to be a national chain or a local institution to secure a space at The Terminal. The development is introducing two Passageway Pop-Up Shops, which will be located outside of the 17th and 20th street passageways. The carts will be leased monthly on a first-come, first-served basis. Applications are now being accepted. 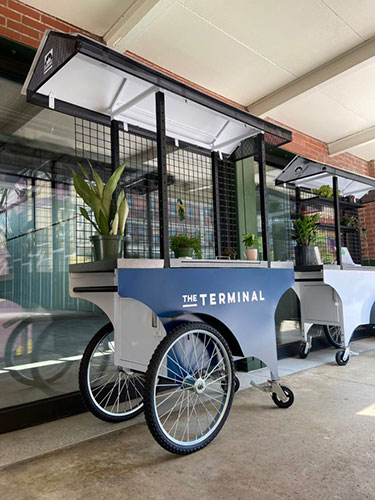 PHOTO COURTESY OF THE TERMINAL

McCaffery also owns 1600 Smallman, a newly renovated office and retail building across the street from The Terminal. Balvanera, a 4,400-square-foot brasserie featuring Argentine fare, will open there in 2023.

If parking in the Strip makes you nervous, rest assured there are 277 parking spaces available at The Terminal Parking Lot, which is located at 1600 Spruce Way and is open around-the-clock. The parking garage at 1606 Smallman St. has 273 spaces and is open to the public on weekends and after 4 p.m. on weekdays. Metered parking in front of the Terminal along Smallman Street is free on Sundays. The neighborhood is a stop on five different bus routes and, if you’re a runner or bike rider, there’s direct access to the complex from the Three Rivers Heritage Trail.