The restaurant is also rolling out new menu items. 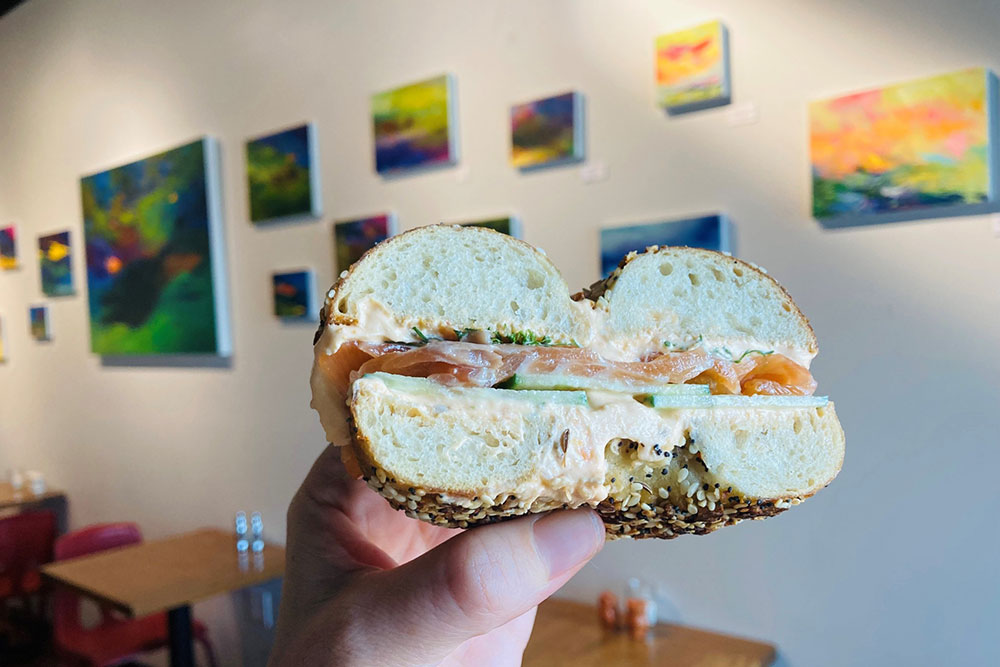 Saying that Scratch & Co. is just an eatery barely scratches the surface.

“It’s an all-day collaborative restaurant,” says Don Mahaney, who opened the Troy Hill business in 2015. “All of our staff play crucial roles in our operation. The idea is that a business is not separate from the people who work there.”

The 21-member team recently tacked the words Café and Pub onto the name to better reflect the changes that have taken place at 1720 Lowrie St. since the pandemic started.

Scratch didn’t just pivot to meet community and employee needs; it continues to dance through uncertain times by expanding its hours and offerings, hosting guest chef pop-ups, live performances and charity events, transforming the main dining room into an art gallery and bolstering relationships with nearly a dozen area farmers.

“What people want from a restaurant, the people who dine and work there, has changed drastically these past few years,” says Pim Suwanawongse, Scratch’s operations partner. “We’re happy to be out here taking risks and getting creative to provide the experience that people are craving.”

In late July, Scratch — a longtime dinner-and-cocktails destination — opened for breakfast and lunch. The service will eventually expand to seven days a week, but, for now, drop in from 7 a.m. to 2 p.m. Thursday and Friday and 9 a.m. to 2 p.m. Saturday and Sunday for espresso drinks, old-fashioned doughnuts, bagels, snacks, sandwiches and salads.

Matt Rahenkamp, of nearby Reserve Township, will be there whipping up his Hellbender Bagels, from plain to pastrami to everything. Last fall, Scratch gave the chef an outlet for his pastries by partnering on pop-ups. The bagels, boiled with molasses and baking soda to help form a nice crust, are big and chewy and can be topped with a schmear, lox, red onion, cucumber, dill or capers. The doughnuts, available in traditional glazed and cinnamon-sugar, are densely delicious and can fill you up in a few bites.

The first time I made bagels was in 2019,” says Rahenkamp, who’s worked for Morcilla and Cure. “I wanted to recreate breakfast that my partner and I would have when we first moved in together. And it just kind of became something that I wanted to keep trying to make really well. Honestly, donuts was something that I made on a whim at home over the years and Don asked about doing breakfast pastries for the menu and I already had this solid recipe.”

There also are grab-and-go eats in the cooler for folks in a hurry and free Wi-Fi for those who want to pull up a seat and work remotely. Scratch is open for dinner and drinks from 5 to 10 p.m. every Tuesday through Sunday.

Since it began opening its doors in the morning, Scratch is seeing more neighborhood residents coming in for a quick bite. Scratch will still be a hotspot for creatively composed dinners made with fresh, seasonal ingredients. 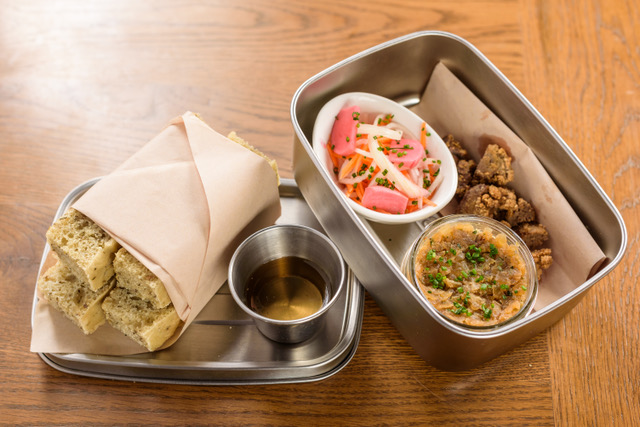 Five-course Kitchen Tasting Menus will shift every three months. Reservations for these “Secret Sunday” meals can be made up to 30 days in advance. Although menus are not posted ahead of time, the chefs can accommodate allergies and preferences if given a minimum of seven-days notice. Guests should keep an eye on Scratch’s event listings on its website and social media channels for up-to-date details.

Make a date on a Thursday to enjoy complimentary magic, mind-reading and mystery from Jon Tai. The world-renowned magician and storyteller, who is headquartered at the Pittsburgh Cultural Trust’s Liberty Magic theater, Downtown, performs every Thursday evening at Scratch.

The Kitchen Tasting meals will be available in the main dining room, which houses a new art installation every three months. The work is curated by Chelsea Schilling, a sculptor and fabricator who, in 2018, created Roadkill Gallery, a mobile art gallery that visits Pittsburgh neighborhoods showcasing local artwork. In addition to curating Scratch’s dining room gallery, she works for an experiential design company, Deep Local, as a permanent exhibits fabricator.

“It’s cool how the vibe of the room changes as the artwork changes,” says Mahaney, who hopes to employ artist Atiya Jones to transform the restaurant’s windows into freehand masterpieces like she did inside Trace Brewing’s Coolship Room.

On Secret Sundays, guest food vendors and bartenders will post up at Scratch for four-week engagements to show off their skills, build a following and raise tip money for a charity of their choice.

Chris Acosta, who brings New Mexican eats to various spots around Pittsburgh via Taqueria Acosta, held a pop-up at Scratch in July, which raised $1,000 for Pittsburgh Restaurant Workers Aid, a nonprofit that provides resources and community support to restaurant and hospitality workers. He plans to do more events at the restaurant throughout the fall. 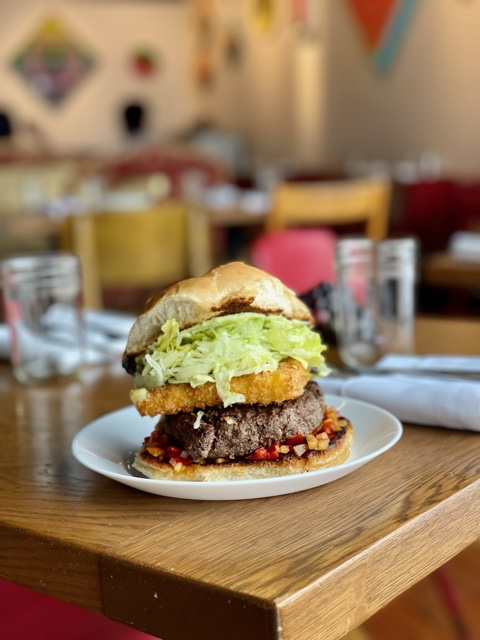 When it comes to supporting service industry employees, Acosta, who donates 5% of the taqueria’s income to various nonprofits, says he shares a similar mindset and moral code with Mahaney.

“As new as we are, we’re just trying to find where we belong,” he says. “The people at Scratch have been extremely hospitable to us. We have high goals but lack some of the vision Don and Pim have. We are happy to have some great mentors and friends.”

In addition to helping local chefs find and feed an audience, Scratch is giving its expertise to new businesses. Virginia-based Aslin Beer Co., one of the fastest growing breweries in the country, is set to open a 10,000-square-foot space in The Terminal in the Strip District this October. It will have a 10-barrel brewing system, a café (Aslin roasts their own coffee, which wil be available at Scratch), a second-floor mezzanine and a patio.

As the brewery team puts the finishing touches on its taproom, Mahaney is providing guidance on the direction of their food menu and how they source their ingredients.

Scratch is in talks with the City of Pittsburgh, the Urban Redevelopment Authority and Wildman Chalmers Design about the possibility of puting a year-round farmers’ market inside the 121-year-old Troy Hill Fire Station at the corner of Ley and Froman streets.

For someone who has a lot on his plate, Mahaney is a pretty laid-back guy. In a town filled with friendly joints, he’s happy to offer one more. Troy Hill is his neighborhood, both on and off the job, and he says he wants to be a good ambassador.

“We’re just rolling with it,” he says of the restaurant. “I’d rather be known as a stable place for employment rather than be known as a chicken wing or pizza place. We were profitable before the pandemic. It was everything I wanted in terms of a traditional restaurant, but I was blind to what was going on in the world. Once you see, you are compelled to act. Over the last few years we’ve learned quite a lot about how we wanted to operate and we’re getting systems in place to achieve that.”