What’s Better Than a New Brewery? Three New Ones in the Same Building

Hazelwood Brewery, a 20,000-square-foot, four-story building in Hazelwood, will house three separate beer-makers when it opens this spring. 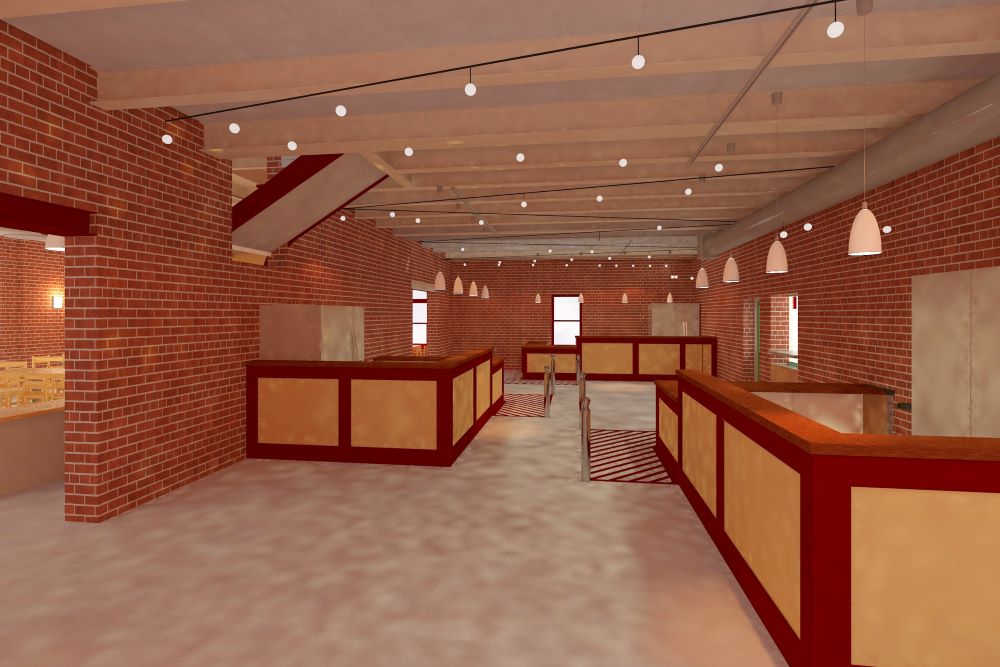 When Dave Kahley repurposes an old building, he lets the structure tell him what it wants to be.

The 20,000-square-foot, four-story behemoth that occupies a block of Lytle Street in Hazelwood has a lot to say.

“This building was too big for one brewery,” says Kahley, CEO of The Progress Fund, a nonprofit community development financial institution. “It spoke to us and said three is the magic number. Three of anything is a trend.”

By May, beer should be flowing at Hazelwood Brewery, which is the overarching name representing a trio of independent breweries occupying three ground-floor bays, including Bonafide Beer Co., which just opened a taproom in the Strip District. The two other suds-makers will be announced this spring.

“Our strategy is co-use of a big building. To do that, we need to have cooperation among them. Everyone already knew each other and worked well together,” says Kahley, who noted that The Progress Fund helped Travis Tuttle — Bonafide’s head brewer — get his first brewery, Butler Brew Works, off the ground. The organization is also assisting Velum Fermentation on the South Side.

Each of the spaces, which range from 1,400 to 1,600 square feet, will be accessible via garage doors and will house 10-barrel brewing systems, staff restrooms and merchandise areas in the back with coolers for to-go beer, taps, doors and service windows that open to the half-acre beer garden. 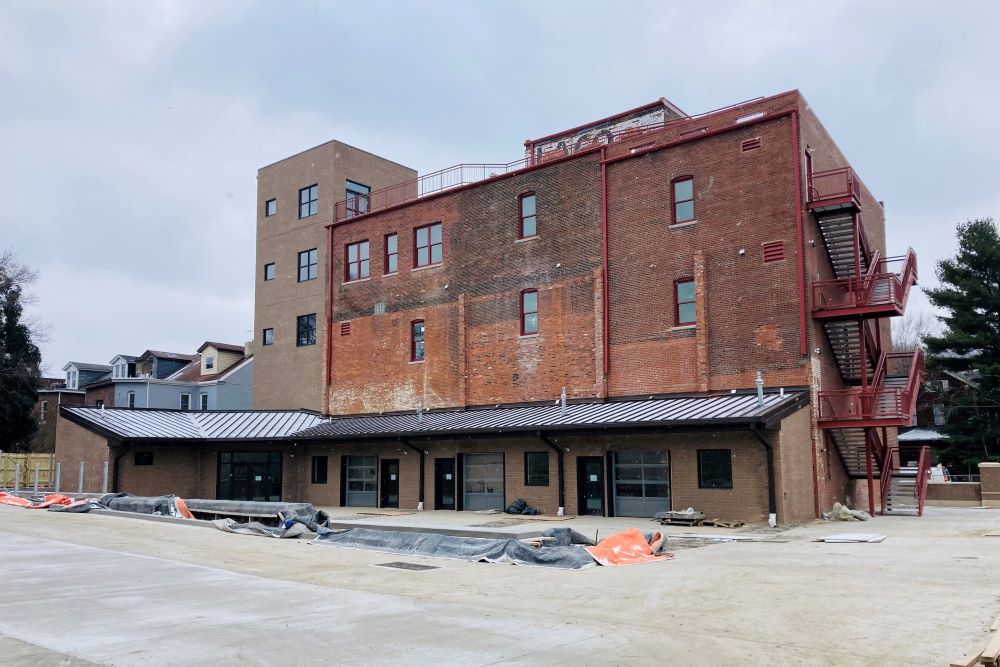 LOOKING AT THE FUTURE BEER GARDEN IN THE REAR OF THE BUILDING. PHOTO BY KRISTY LOCKLIN.

Directly above each bay are separate second-floor storage areas inaccessible to the public unless the brewers choose to hold events there. Guests can make their way to the third-floor tasting room via an elevator or stairs (Kahley points out that you can burn up to 50 calories doing the legwork and, thus, drink more beer with less guilt.)

Each brewery will have a bar for draft sales and there is a communal seating area. Building occupancy is 385, including the fourth-floor mezzanine and the rooftop deck, which offers impressive views of Hazelwood Green all the way to Downtown.

There will be a small kitchen on the third floor as well, with a local caterer preparing paninis and other quick and easy eats. Food trucks will also roll up to offer something for everyone.

The brewers will share a keg washer, canning line and have the same operating hours, but can decorate their section as they see fit. Kahley says Hazelwood Brewery is not an incubator program, such as Galley Group’s various start-up kitchens in Bakery Square and the North Side. Businesses have a five-year initial term with the option of a five-year extension. If they decide they want to move to a bigger facility, they can sell the brewing equipment to the next tenant. 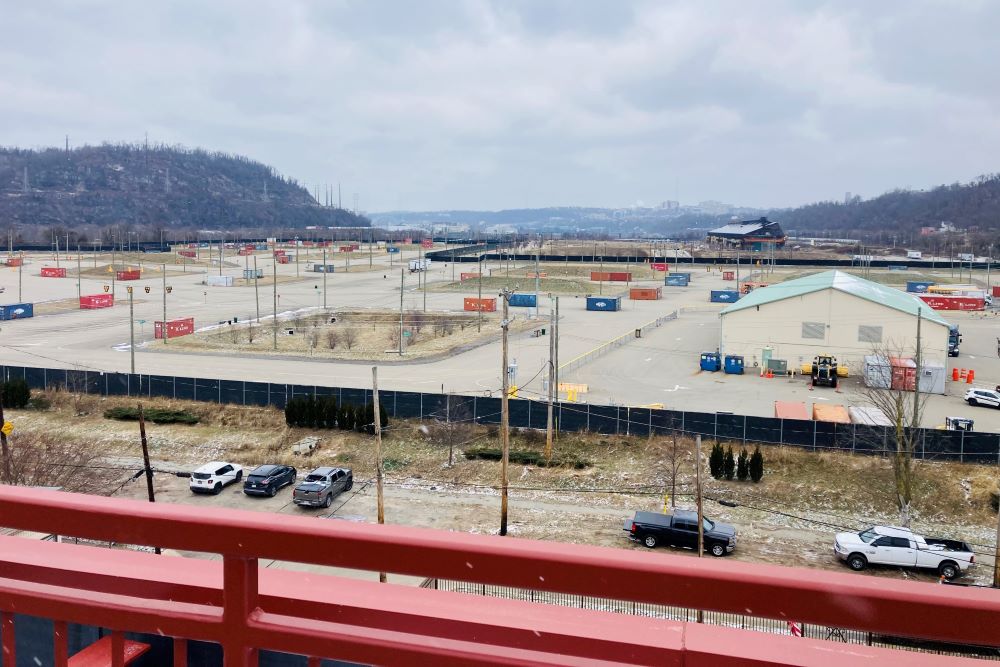 OVERLOOKING HAZELWOOD GREEN FROM THE ROOFTOP. PHOTO BY KRISTY LOCKLIN.

The overall decor of the building — which was built in 1905 and is on the National Register of Historic Places — is originally exposed brick, steel and wood. Red and off-white tones, the colors of the original Hazelwood Brewing Co., which was in operation until Prohibition shut it down in 1920. During that time, the business switched gears and made cereal products and near beer.

Too expensive to tear down, the demolition company held onto the landmark for a number of years.

The Progress Fund purchased the property in 2017 and construction started in the fall of 2020. Another building behind the brewery will eventually house a brewery, a distillery or more indoor seating. Construction should wrap up by the end of this month. 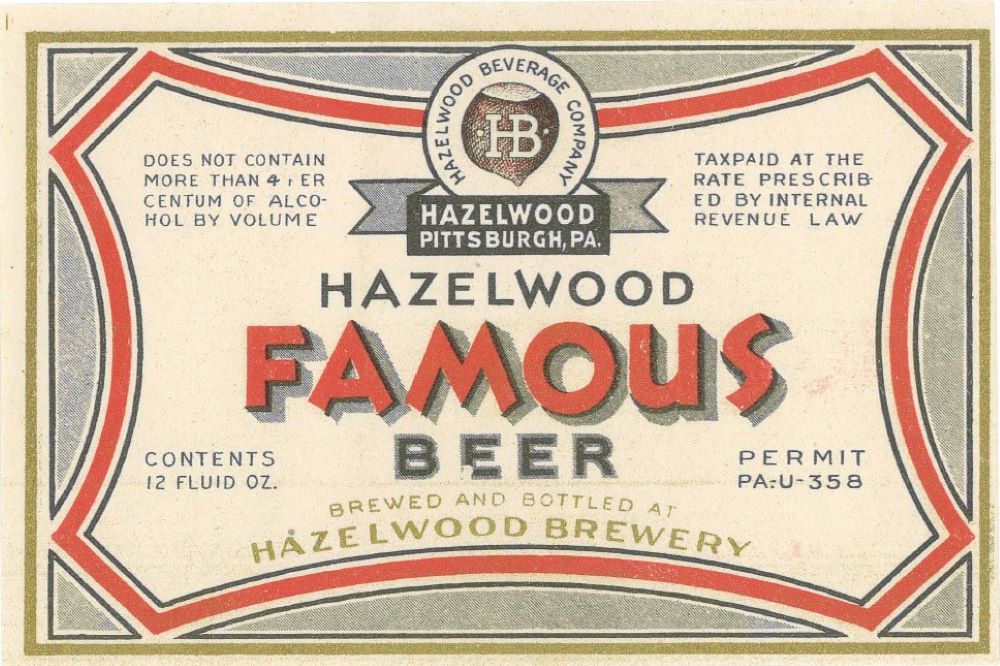 AN ORIGINAL BEER LABEL FROM THE COMPANY THAT FIRST OCCUPIED THE BUILDING. IMAGE COURTESY OF HAZELWOOD BREWERY.

To secure the trademark for Hazelwood Brewery, Kahley had 24 cases of brown ale whipped up by Bent Run Brewing Co., in Warren, Pa. The beer was given away as a novelty beverage to friends and family.

Kahley hopes Hazelwood Brewery will provide another economic boost to the old steeltown, just like Brew Gentlemen did for Braddock, another local, industrial community.