Three Reasons Pittsburgh’s Impressive Beer Scene Is Getting Even Bigger

Bonafide is open for business, Lolev debuts in Lawrenceville and Velum Fermentation goes big in the flats 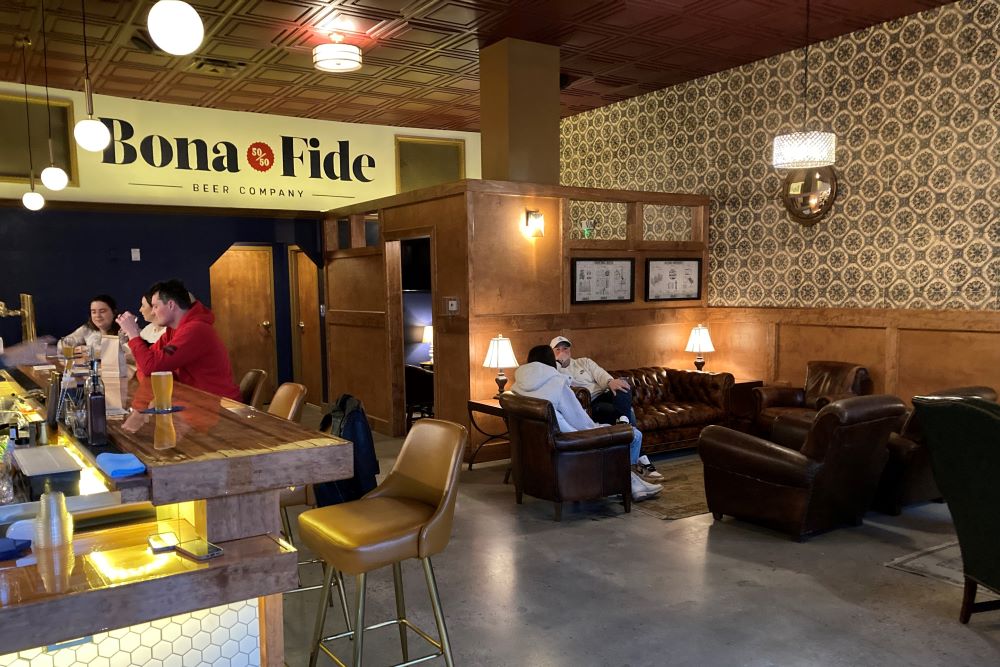 Travis Tuttle wants to pour you a good, old-fashioned pint.

As the head brewer at Butler Brew Works, he knows a thing or two about the liquid. Now, along with his friend and business partner Christian Simmons, Tuttle is making affordably priced, approachable craft suds for the masses at Bonafide Beer Co., at 155 21st St. in the Strip District. It’s open daily.

The beer will soon be available in mixed 12-packs at local stores to appeal to fans of macro-brews such as Budweiser, Coors and, yes, Iron City.

Tuttle is operating a two-barrel system to start. Bonafide will open a larger brewing site inside a four-story, 20,000-square-foot building on Lytle Street in Hazelwood in 2023. Three breweries will share a third-floor tasting room, rooftop deck and a half-acre beer garden. Another structure on the property will eventually house a distillery.

The founder and president of Pennsylvania Libations — local liquor stores that sell and distribute beer, wine and spirits produced in the Commonwealth — also owns 1700 Penn, a full-service bar and restaurant, wine shop and Helltown Brewing taproom in the Strip District.

Specialty cocktails are also on the menu, including classics such as a Manhattan and a vodka collins. There is no kitchen, but guests can bring in food from nearby restaurants. 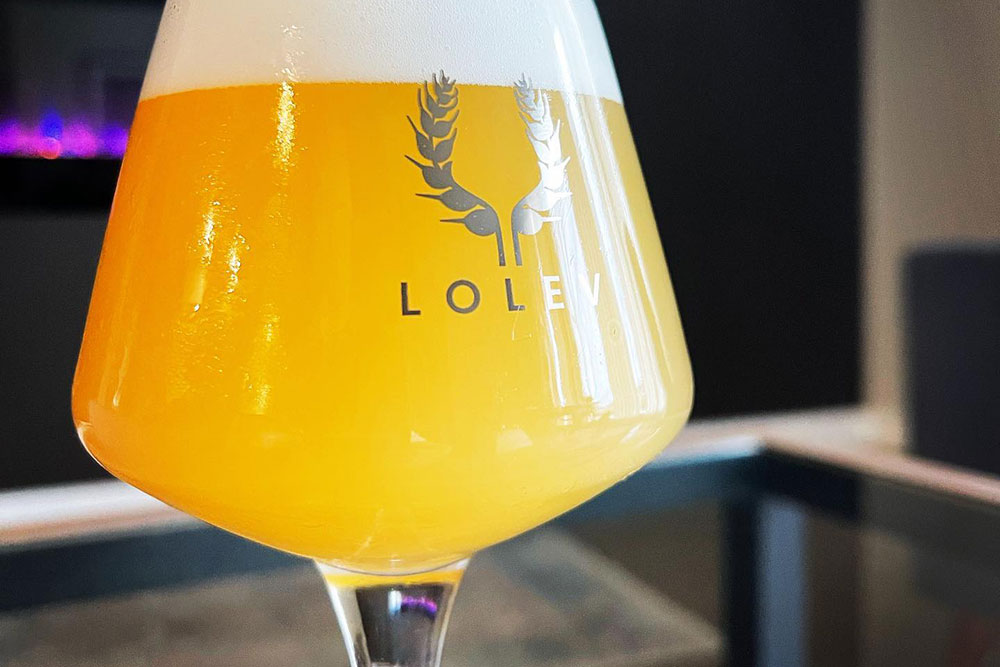 Ted and Scott Slesinski are bringing beer and brotherly love to Lawrenceville.

The Philadelphia natives, who started homebrewing in the lower level of their old house, will open Lolev Brewing on Friday, Dec. 2. Hours will be 4 to 10 p.m. Wednesday and Thursday, noon to 11 p.m. Friday and Saturday and noon to 9 p.m. Sunday.

The 110-year-old, corner building at 5247 Butler St. has been everything from a car dealership and gym to a beer distributor.

Scott, who worked for Braeloch Brewing in Kennett Square, Pa., operates Lolev’s 20-barrel, steam-powered brewing system. Beer will flow directly from the brite tanks in the rear of the facility to the 10 taps out front.

Lolev also will have an extensive barrel-aging program. There are six foeders that can hold up to four barrels of beer at a time to meet the demand for these complex libations.

In addition to bar seating and cafe tables in the loft, there will be a small, first-floor lounge and a large dining room. While there is no on-site kitchen, Lolev will partner with local food trucks that can pull directly into the loading bay, giving patrons a chance to grab grub without braving the elements. 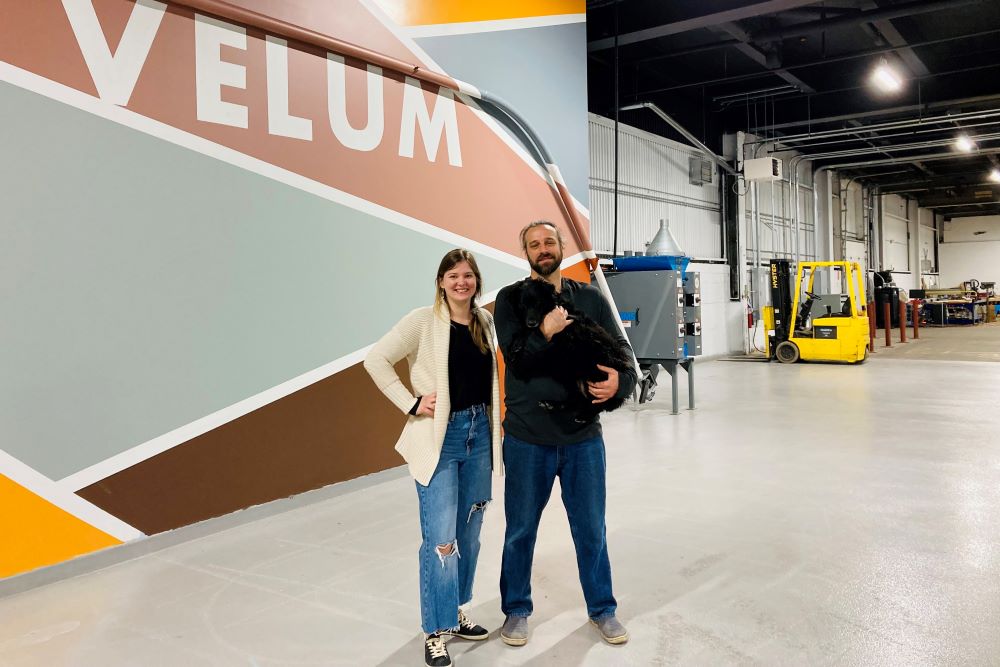 At 3,200 square feet, Velum Fermentation’s walk-in cooler is bigger than a lot of local taprooms.

Co-owners Nate McLaughlin and his sister-in-law, Jenna McLaughlin, say the 35,000-square-foot business will not only be a place to enjoy a pint, it will be a neighborhood hub open to all, including budding artists, restaurateurs and brewers. 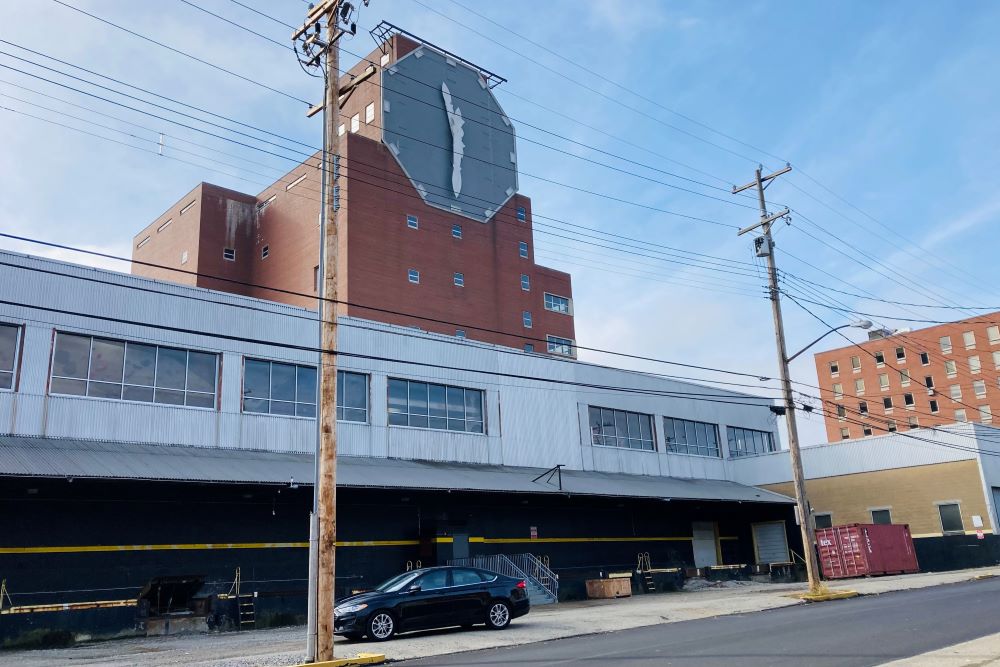 By the end of the year, a 30-barrel system will begin churning out beer at the former Duquesne Brewing bottling facility near the big clock in the South Side Flats. It will occupy the lower level of the building, below Ascend climbing gym.

You might want to get a membership to burn off all of the carbs you’ll be consuming.

Velum is a reference to the soft palate, as well as the thin membrane that covers the cap and stalk of an immature mushroom (both of the McLaughlins are avid foragers). While vellum paper is translucent, the owners want to be transparent in the way they run their operation.

If you have an interest in the business that goes beyond getting three sheets to the wind, the McLaughlins launched a Honeycomb Credit campaign to find financial investors. 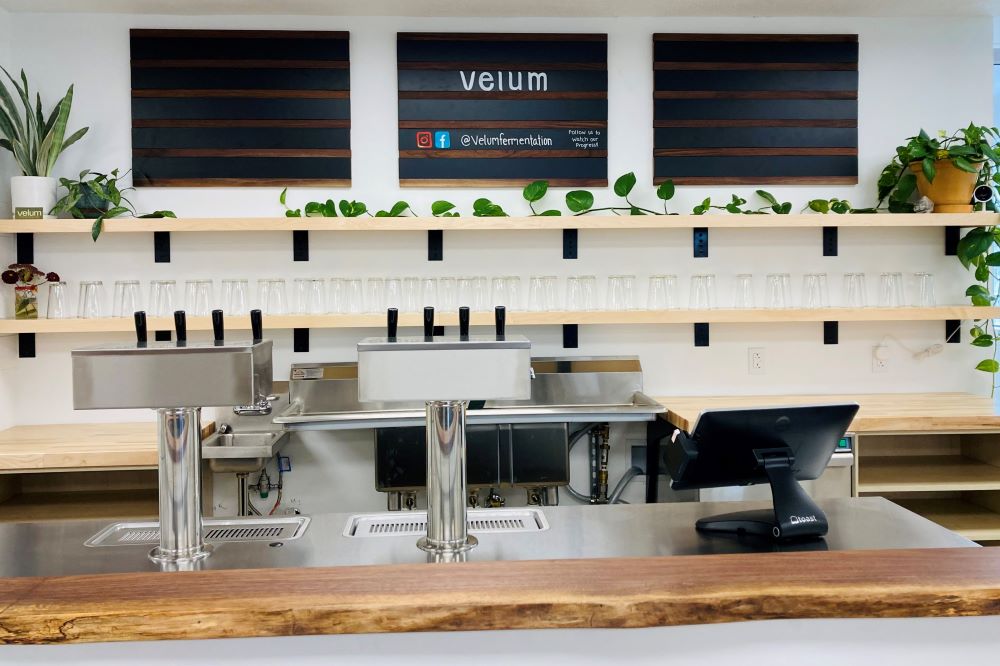 When the brewery opens, guests will be able to sip a variety of beer styles and Pennsylvania-made wine and spirits in a cozy taproom in the rear of the building with seating for 36.

Jenna, a former molecular biologist who completed the Concise Course in Brewing Technology from Chicago’s Siebel Institute, is an artist and woodworker who crafted the tables, chairs and booths. She met Nate’s twin brother, Ryan, in college in her home state of Washington.

The two-person construction crew is busy transforming the structure’s original loading dock into a dog-friendly patio and parking lot. During renovations, they’ve discovered dozens of old Duquesne Brewing bottles and bottle caps; reminders of the structure’s boozy history. The nearby Brew House gallery and lofts occupy another Duquesne Brewery building.

Eventually, you’ll be able to belly up to a keystone-shaped bar next to the brewing equipment.  The owners are putting out a call to local artists who want to fill the space — which is essentially a large, blank canvas — with colorful masterpieces.

There will be a lounge area with a live performance stage and a family-friendly arcade offering skee-ball, pinball, a bocce court, video games and shuffleboard.

To start, grub will be provided by a rotating lineup of food trucks. During Phase 2 — which is a year or so down the road — the McLaughlins will install four, galley-style kitchen stalls; three will be rented out to local chefs who need a place to affordably prep, package and sell their meals. Their monthly rental fees will fund a scholarship for a fourth restaurateur who can use an additional stall free of charge.

The owners are also open to taking on brewing interns once the business gets up and running.

“We want to help people kick start their careers and follow their dreams,” Nate says. “No one is self-made. I’ve had so many people help me through Covid and the intricacies of this business early on. I would’ve failed if someone hadn’t cared about me.”

Nate grew up in Franklin, Pa., where he started home brewing in his kitchen. After a stint working in the electrophysiology field, he changed the course of his life by completing the Master Brewer’s Program at UC Davis in 2011.

His education landed him a gig at Deschutes Brewery in Bend, Ore., followed by a position at Victory Brewing outside of Philadelphia. He worked at Kulshan Brewing Co. in Bellingham, Wash. — Jenna’s hometown — and helped launch North Carolina’s Pitt Street Brewing.

Along the way he experimented with every style of beer. Velum’s inaugural tap list will include a dark beer, a lager, something hop-forward or hazy and a fruited sour. Kombucha may also make an appearance on the menu as well. 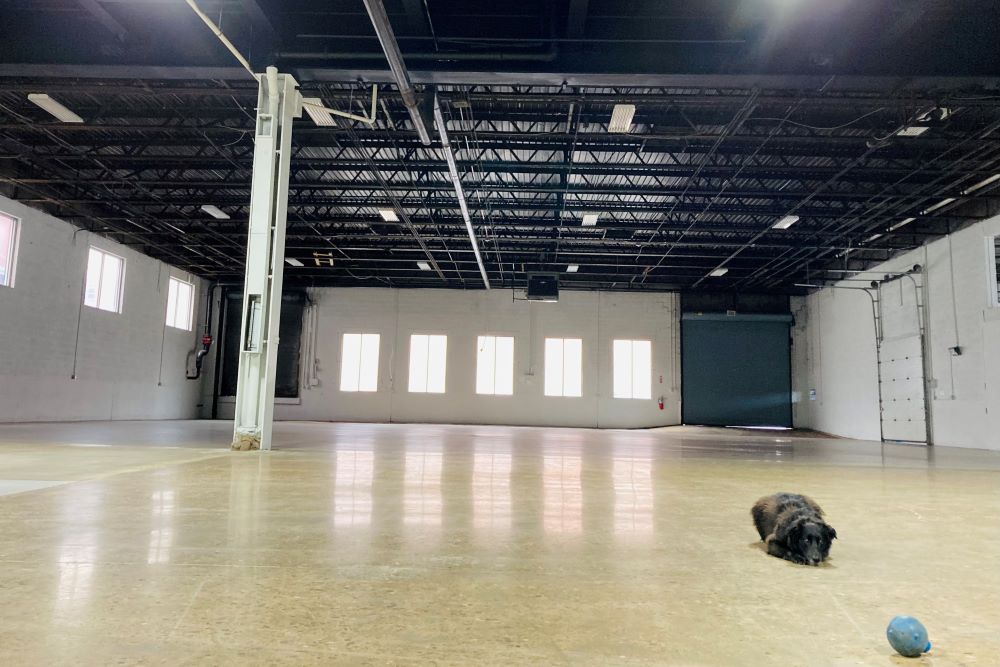 The McLaughlins chose the enormous building so they’ll have room to grow. As if on cue, the family dog Kaiju drops a ball at Nate’s feet and, with a wagging tail, looks up at him hopefully. Nate throws the ball across the enormous room and the pup scampers off into the shadows to fetch it. It takes him a full minute to return.

The name Kaiju is a reference to a genre of Japanese films and TV shows about giant monsters. The McLaughlins hope to tame their beast of a building by filling it with beer.