Chin Up: Pittsburgh Brewing Company Honors Bill Cowher With A Limited-Edition Can

The Hall-of-Famer’s Iron City Beer will be available by early-October. 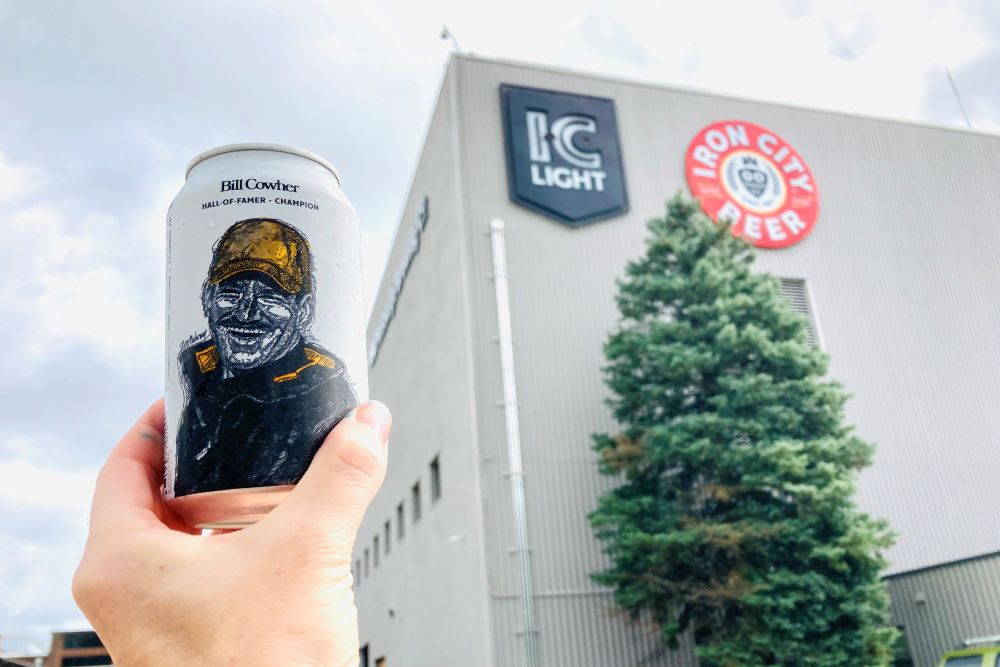 When Bill Cowher resigned as head coach of the Pittsburgh Steelers in 2007, he passed the proverbial torch to Mike Tomlin by leaving him an Iron City Beer. To this day, that 12-ounce can sits inside the team’s locker-room fridge.

After hearing about the iconic beer’s role in the gridiron rite-of-passage, Pittsburgh Brewing Company President Todd Zwicker decided to pay homage to Cowher by putting his mug — smiling, not scowling — on the company’s flagship offering.

It will be one of the latest libations to roll out of PBC’s new 170,000-square-foot production facility in Creighton, where workers are getting 14,000 30-packs ready for distribution. By the beginning of October, football fans will be able to buy the commemorative brews for their tailgating parties at Acrisure Stadium.

For more than a decade, the company produced its beer in Latrobe. In 2019, Cliff Forrest, founder of Rosebud Mining Co. in Kittanning, bought a closed PPG plant, which was built in 1883, so he could bring the iconic brands back closer to the ‘Burgh. 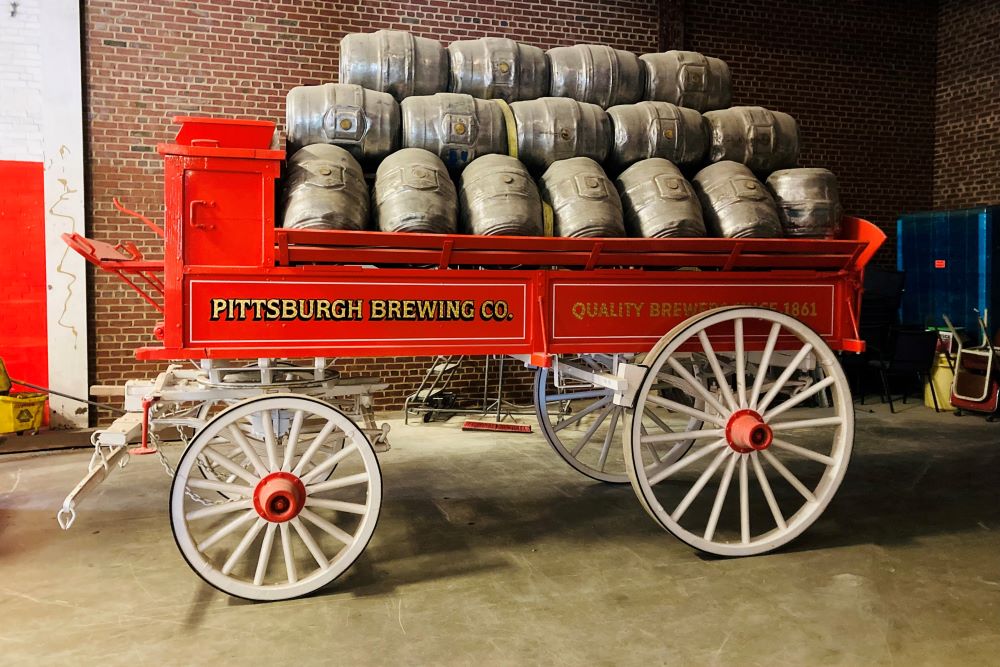 Beer has been flowing like Pittsburgh’s three rivers at the 40-acre site since May, making it one of the largest breweries on the East Coast.

Over the next few years, the company will add a museum, gift shop, restaurant, marina and Iron City Distilling, which will annually produce between 500 to 800 barrels of rye whiskey and bourbon. The operation will be led by head distiller Matt Strickland, an author, educator and respected name in the field who, most recently, led production duties at Côte des Saints Distillery in Quebec, Canada.

The sprawling Creighton facility boasts German-made brewing equipment, including 25 500-barrel tanks, which upped PBC’s capacity from 120,000 to 200,000 barrels of beer per year, with the potential to churn out 500,000 barrels a year. 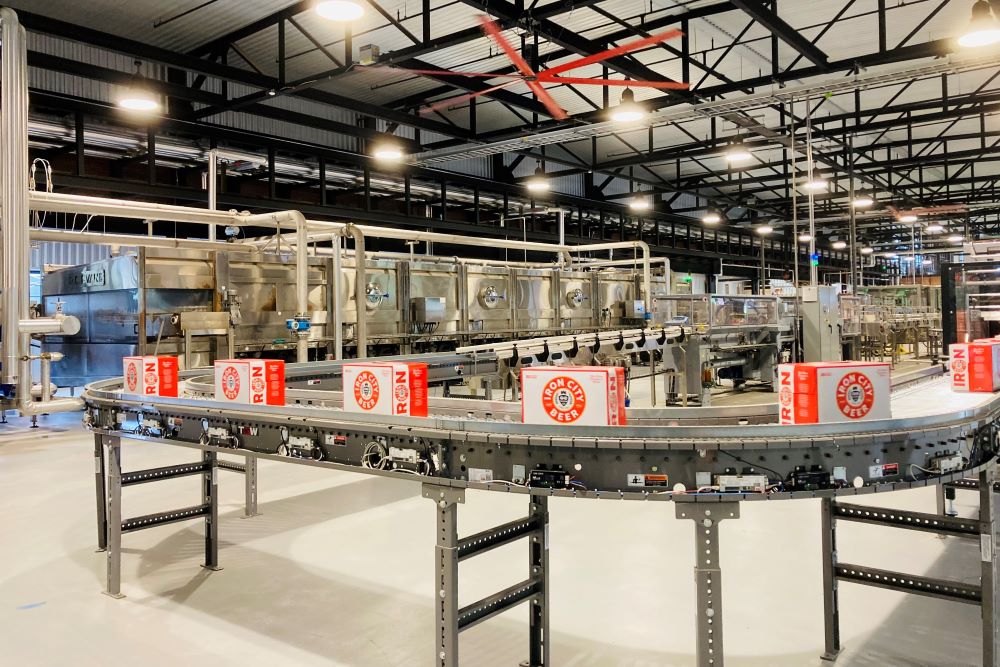 Despite pandemic-related supply chain issues — aluminum and cardboard are still hard to come by — business is booming. PCB is focused on efficiency, complete with a state-of-the-art, automated packaging line that can fill 400 receptacles every minute. The company is already planning to add more employees to its 36-member crew and build a new warehouse to hold all of that beer, which in addition to Iron City, includes I.C. Light, I.C. Light Mango, Old German, American and Block House.

Some staff members choose to get around the enormous building by bicycle. 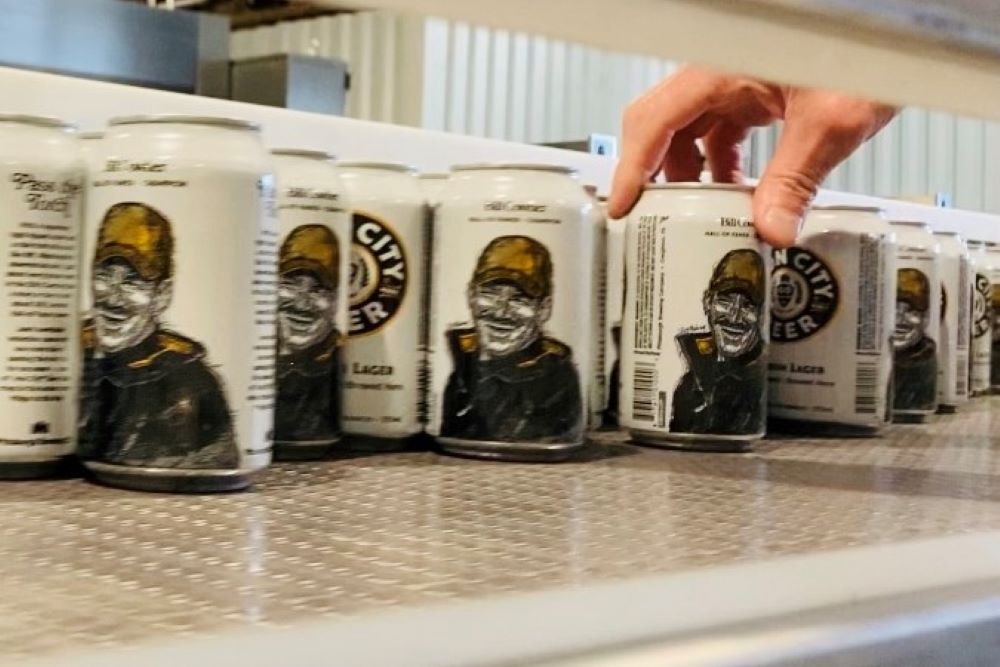 The 9-acre Lawrenceville complex where Iron City got its start in 1861, will eventually get a makeover, too, but there’s no timeline yet for that project.

“It definitely hurt sales when we left Lawrenceville, but now that we have this big, beautiful facility, we’re whole again. This is a very large-scale brewery compared to what people are accustomed to seeing on the craft beer scene,” Zwicker says.

He hopes Steeler Nation is thirsty.