Ryan Chavara will use the former Bitter Ends Food space in Bloomfield as the base of operations for his breakfast cart. 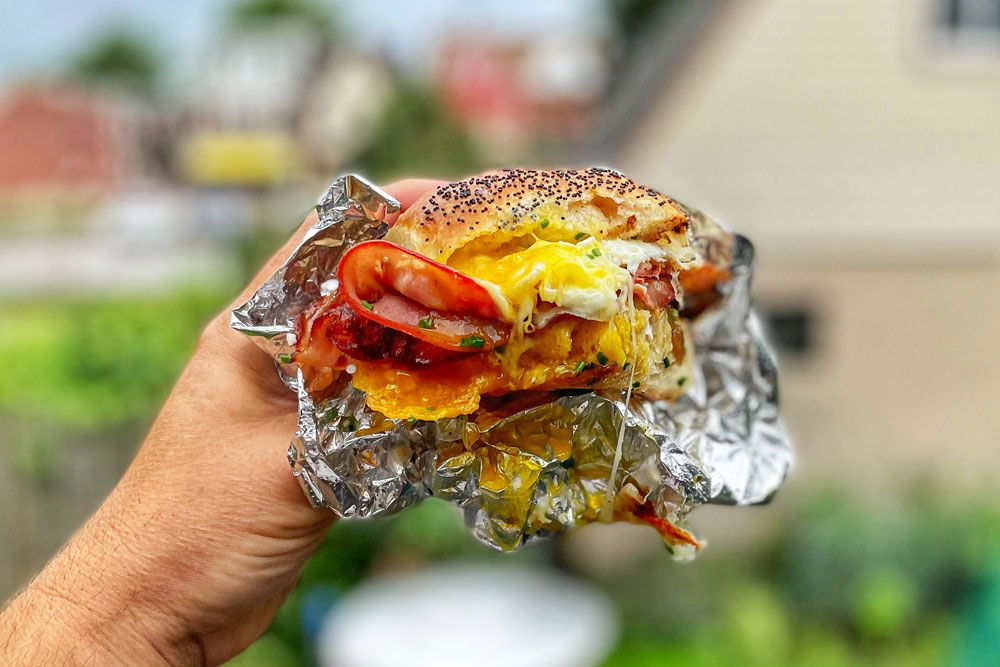 Last summer, a food cart called The Thyme Machine added a big boost to what has become a bit of a breakfast sandwich boom in Pittsburgh. Following a winter hiatus, owner and head chef Ryan Chavara is set to launch the second season of the cart on May 5.

He’s returning to his old stomping grounds to do it.

Chavara worked as a chef at Bitter Ends Food for three years prior to launching The Thyme Machine. Now, he’s taking over the lease of the just-closed Bloomfield restaurant.

“With Becca [Hegarty, owner of Bitter Ends] leaving, it made sense for me to take over the space,” Chavara says, noting that he was using the restaurant as a prep kitchen during its off-hours last year.

Chavara says that taking over the lease will allow him to expand his offerings and hours of operation. He was only open three mornings per week last summer but is already planning on adding Sunday service for 2022, with the addition of Wednesdays likely coming sometime in the next few months.

“I want to start small and make sure everything is tight before we start getting into it,” Chavara says. “Changes are going to happen and we’re going to get bigger, but we want to start the ball rolling with what we know best.”

To that end, he’ll begin with offering three sandwiches opening week: fried mortadella with egg; bacon, egg and cheese; and herb-roasted mushroom with green goddess avocado mash and egg, all on house-made buns.

There will be more baked goods on the cart, too. Lydia Weyers, formerly of B52, Apteka and Reed & Co., has joined Thyme Machine as bakery and pastry chef.

For now, Chavara plans on operating as he did last year — out in front of the Bitter Ends space. Regarding the future of the 17-seat interior, Chavara says, “Something has to happen in there and I’m excited to use the space creatively until I come up with a permanent plan for it. There’ll be some pop-ups with me and some friends of mine in the meantime.”