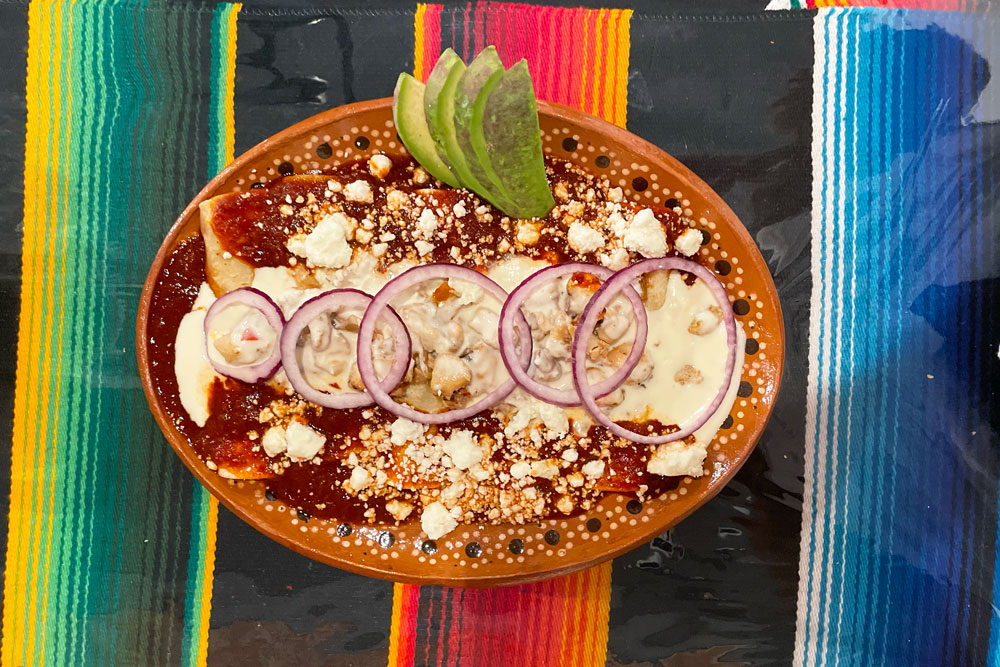 Jose and Bernice Tecuanhuehue now have a brick-and-mortar restaurant for Taqueria El Pastorcito, one of our Best New Restaurants in 2021. The standalone location of their Mexican eatery, which they’d previously run solely as a food truck, recently opened in New Kensington with an expanded menu and big possibilities.

“The best part is having new customers come in every day and then seeing them come back a few days later,” says Jose Tecuanhuehue, Taqueria El Pastorcito’s head chef.

A trompo sits at the heart of the restaurant’s kitchen, just as it does on the food truck. Every morning, Tecuanhuehue layers slice after slice of marinated boneless pork shoulder on the vertical spit, which crisps the edges of the meat as it slowly spins by an electric heating element. Then, just before serving, he slices the meat with a long knife and gives it a final caramelization on a griddle before scooping it onto corn tortillas for tacos al pastor.

Tecuanhuehue is a native of Puebla, Mexico, which is where al pastor came to prominence in the 1930s. According to popular lore, Lebanese immigrants there decided to use pork rather than lamb when preparing tacos árabes (a flour-tortilla-filled spin on the classic Middle Eastern dish shawarma).

“A good thing about this restaurant is we are sharing the culture of our food with people. We’re getting to introduce people to meat cooked on the trompo the way it should be,” he says. 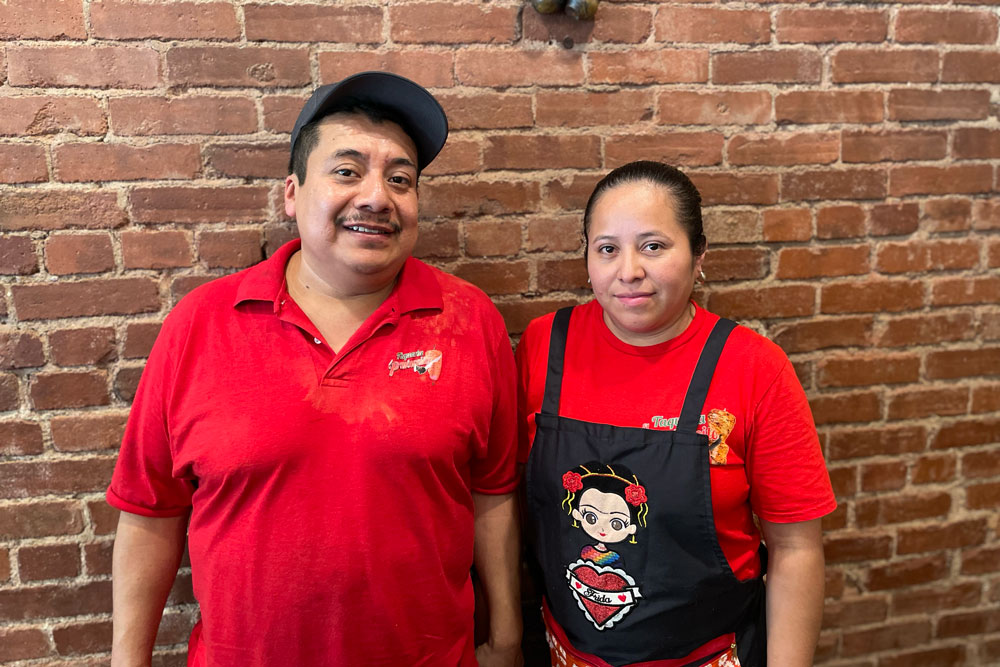 Tecuanhuehue worked in Pittsburgh restaurant kitchens for nearly 20 years and, following a brief foray into construction in 2020, launched the food truck with Bernice, who hails from Oaxaca, in 2021. Taqueria El Pastorcito quickly became a fixture at area breweries such as Trace Brewing in Bloomfield and Strange Roots Experimental Ales in Gibsonia and made regular appearances at New Kensington’s Fridays on Fifth food truck roundup, which is how they landed the Westmoreland County space, which is approximately 20 miles from Downtown.

It’s a brightly lit restaurant with counter service and about 30 seats, though Jose Tecuanhuehue says they do just as much takeout business as dine-in. In addition to the al pastor, guests can choose from bases such as carnitas, chorizo, chicken and vegetables to fill their tacos, burritos and crunch wraps, all of which can be topped with a variety of house-made salsas that range from piquant to blazing hot.

On Saturdays, the Tecuanhuehues expand their menu to include posole, tamales and birria, with more dishes in the works.

“We’re able to experiment with all kinds of things. Every day we’re offering one special, and we see how people like it,” Jose says. 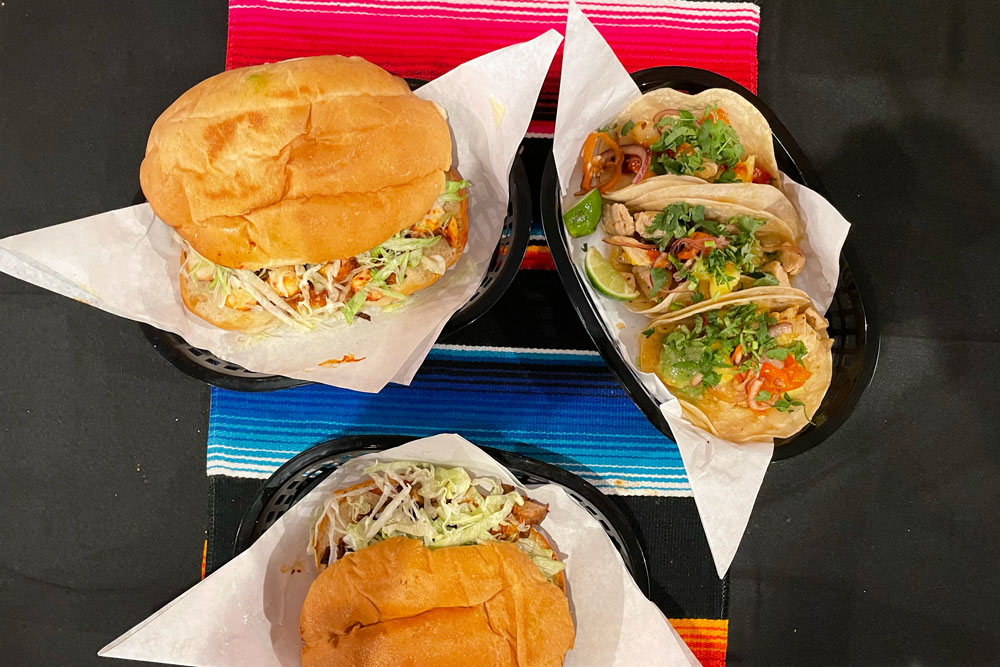 For example, a few weeks ago, Bernice prepared empanadas stuffed with chicken in chipotle sauce, tri-colored peppers, onion, tomato, and cilantro. Crisp on the outside and popping with a mild, vegetal heat in the filling, they proved to be a quick hit and are now a fixture on the daily menu.

“I’ve also sold a lot of the enchilada with the green sauce. So now I’m offering a red sauce version of it,” Jose says.

He says that once he has a little more help staffing the restaurant and the food truck, which continues to make the rounds several evenings a week (check its Instagram page to see where), he’ll deepen the menu in New Kensington to offer dishes such as various ceviches and slow-cooked items such as lamb shanks.

“I feel a lot more comfortable now that I have my own kitchen. I can do a lot more now that we could when we were renting a space to prepare food. I have a lot of ideas,” he says.