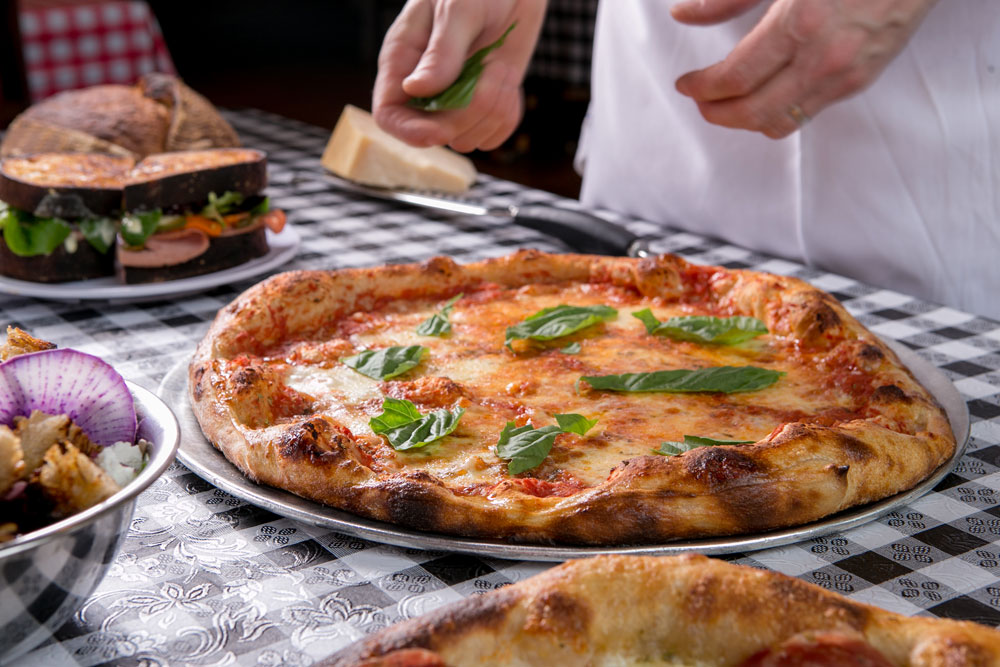 Last month, I listed 52 restaurants that are open on Monday nights. Now that Driftwood Oven is expanding its hours, you can add one more to the list. “We’ve evolved very rapidly. We have the staff for it now,” says co-owner Neil Blazin.

Monday evenings will feature rotating specials; currently, this means $16 classic cheese pies (a $4 discount from the regular menu price) with mozzarella hand-pulled from Caputo Brothers Creamery curds, as well as $1 off select beers. Look for monthly DJs nights and punch specials in the future, too.

Blazin says that his rotating pizza offerings are always evolving. On the menu as of last week is a pie called “That’ll Do Pig,” which features apple cider-braised pork shoulder, ricotta, white-wine shallot cream sauce, mozzarella, pork jus and apples. “It’s been nice to look at the produce again this year and do new and interesting things this year,” he says. 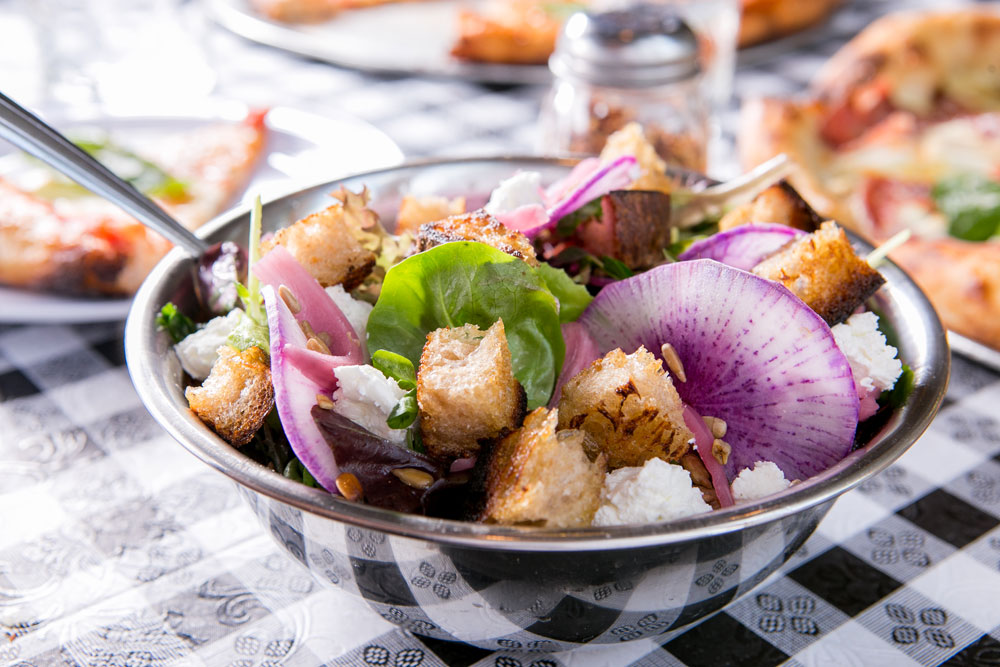