A massive version of the South Side burger and wing joint will open in Uptown this summer. 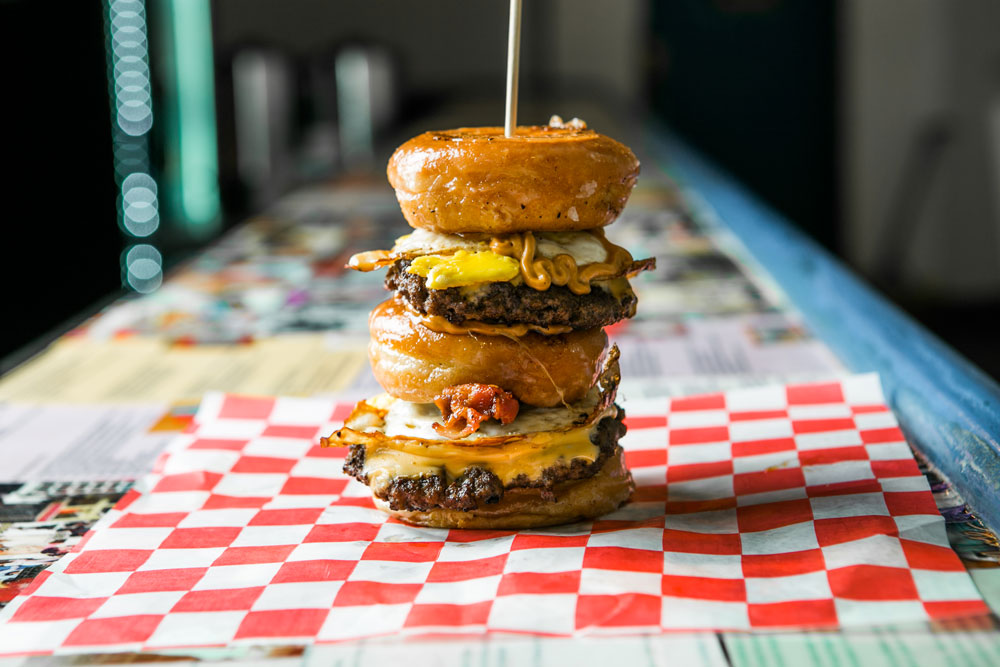 A little more than a year after moving from Pitcairn to the South Side, Angel and Eddie “Barnz” Magwood are in the process of opening a second location of their whimsical burger and wing restaurant Back To The Foodture, which recently earned its second consecutive nod on our annual Best Restaurants list.

The planned sequel is going to be huge.

The duo will occupy the former Buford’s space on Fifth Avenue in Uptown, which is located across the street from PPG Paints Arena. They’ll have more than 6,000 feet of space to work with, and when the buildout is done in late July or early August Back to the Foodture will have a full-service dining area, a VIP and events room and games galore.

Barnz, Back To The Foodture’s front-of-house and entertainment empresario, says he’s filling the space with amusements such as commercial-grade pool and air hockey tables, dart boards and arcade-style basketball hoops. The Uptown location will also have a liquor license, too.

“He’s gung-ho when it comes to going big with entertainment,” says Angel Magwood.

Magwood says she’s planning on expanding her already over-the-top menu of 38 burgers, 154 wings, 18 hot dogs and 26 fries to include dishes such as pasta boats, salads, zucchini poppers and vegan burgers. And, she’ll have a downstairs pastry kitchen to build a dessert menu.

“We’re planning a lot of different food items that’ll shock and delight everyone,” Magwood says. “And you know us, we’ll probably expand the wing and burger choices, too.” 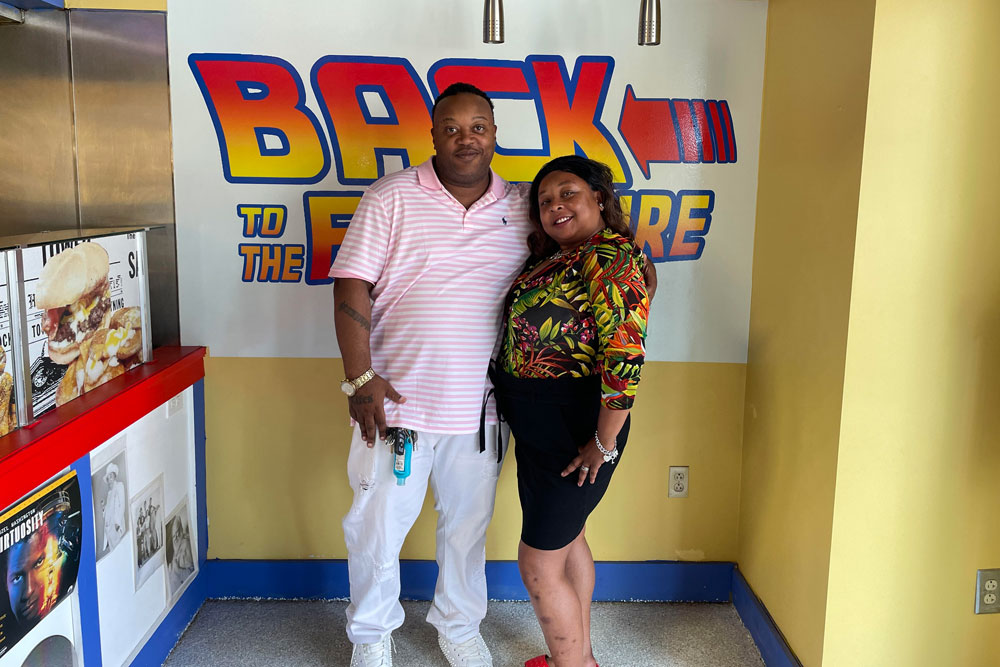 The duo says they’ve already started looking for staff for the new location and that they will continue to work with a Pittsburgh Public Schools Program called Learn and Earn to employ 10 to 15 students who will learn business management and culinary arts while working at the restaurant.

The Magwoods participation in that program has already paid dividends. Back to the Foodture’s South Side location will continue to operate with a former Learn to Earn student, 19-year-old Kia Sellman running the restaurant. “Sometimes I have to look around and make sure it’s not me talking,” Magwood says.

Barnz says the couple already had expansion on their minds and were planning on launching a food truck (that idea, he says, is on hold until next summer) but this opportunity allows for the fulfillment of a vision he and Magwood had when they first opened in 2019.

“We needed more space to really do what we wanted to do in Pitcairn. We love our South Side location but we can’t go big in there,” he says. “This new space is huge. You’re going to have a crazy amount of fun when you come here.”