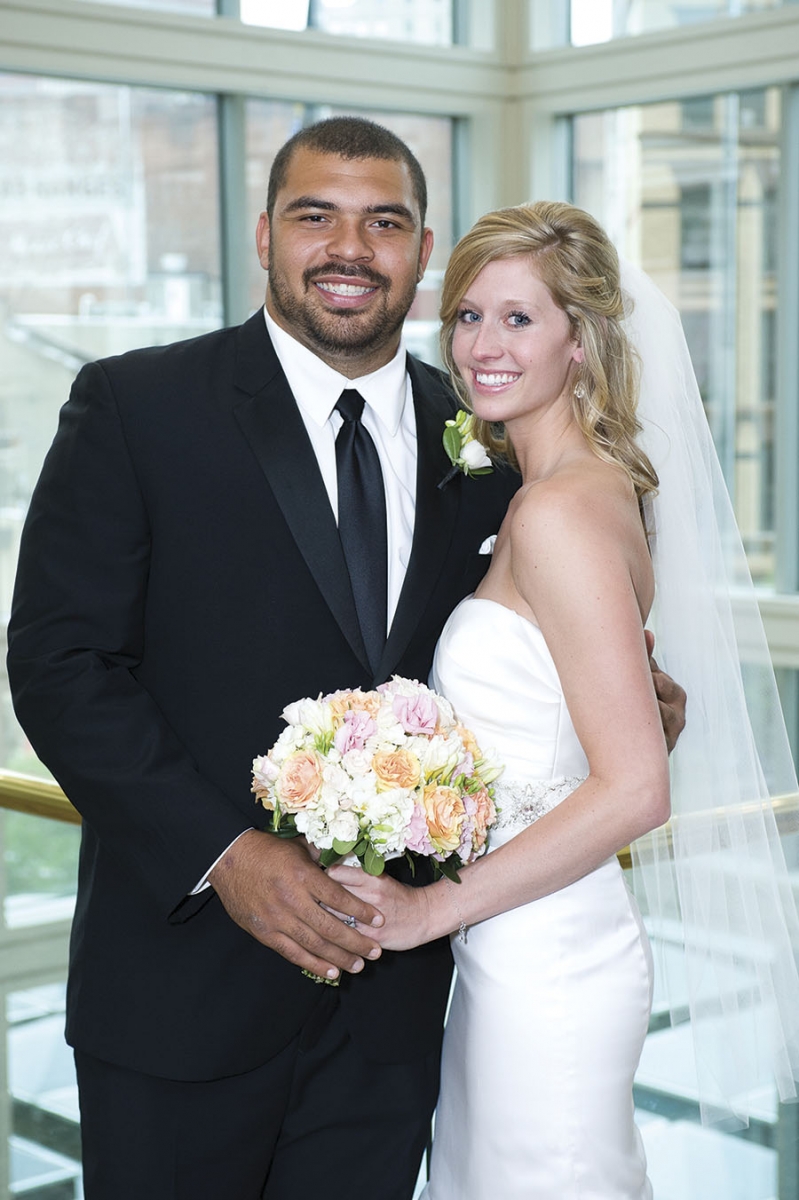 Pittsburgh Steelers defensive end Cameron Heyward and Allie Schwarzwalder spotted each other as they moved into The Ohio State University dorms for their freshman year. It was love at first sight — at least for Cam.

“I was glued to her when I first saw her,” the 24-year-old says. “I didn’t know her, but I knew I wanted to get to know her. I thought to myself, ‘There’s no way I’m letting her go.’ I quickly fell in love with her amazing heart.”

For Allie, also 24, friendship came first, mostly because of Cam’s shyness. Allie, a volleyball player, recalls she made friends first with Cam’s pals.

Because they lived in the same dorm and had similar practice and workout schedules, the two began spending a lot of time together. Romance blossomed between the students, both elementary education majors. 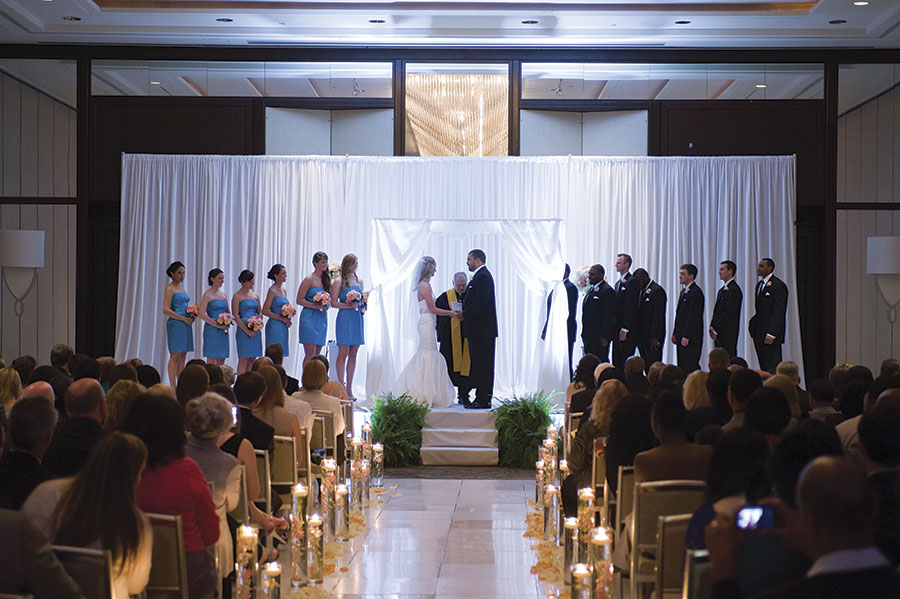 After they graduated in 2011, and once the NFL lockout ended, the couple moved to Pittsburgh. Allie now works primarily for Community Alternative as a therapeutic support staff member providing one-on-one mental health support for at-risk children.

On New Year’s Eve 2012, Cam, who was the Steelers’ first-round draft pick the previous year, surprised Allie by getting down on bended knee at Savoy restaurant in the Strip District. What followed was a whirlwind of planning. True to the couple’s tastes, the ceremony was short and sweet with a big bash for the reception. 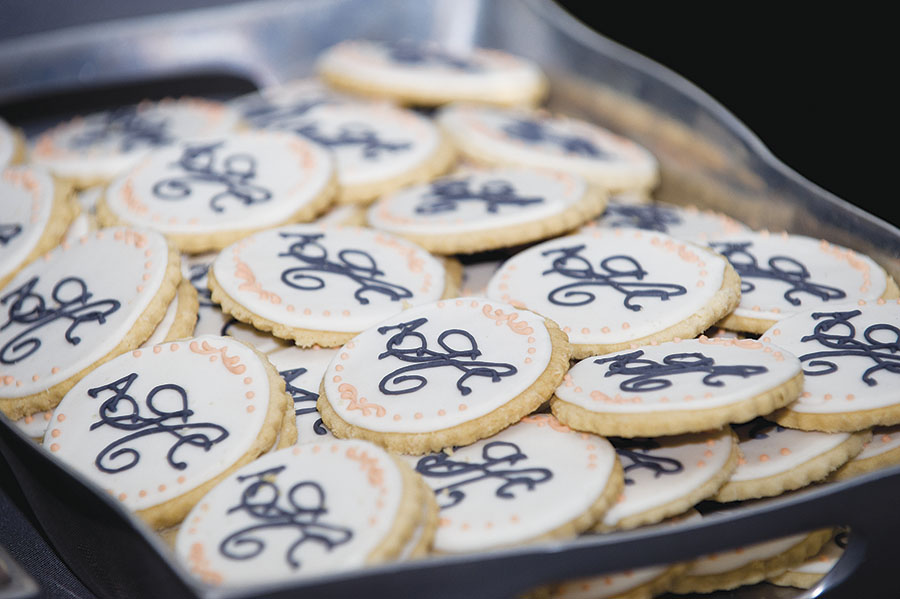 The fun included a photo booth, dancing and a dessert bar with buckeyes (a nod to their OSU heritage), doughnuts and cake pops.

There also were big chairs and big portions for Cam’s college and NFL teammates. Brett Keisel, Maurkice Pouncey, Heath Miller and most of the Steelers defensive line — as well as the coaches — were among the guests. 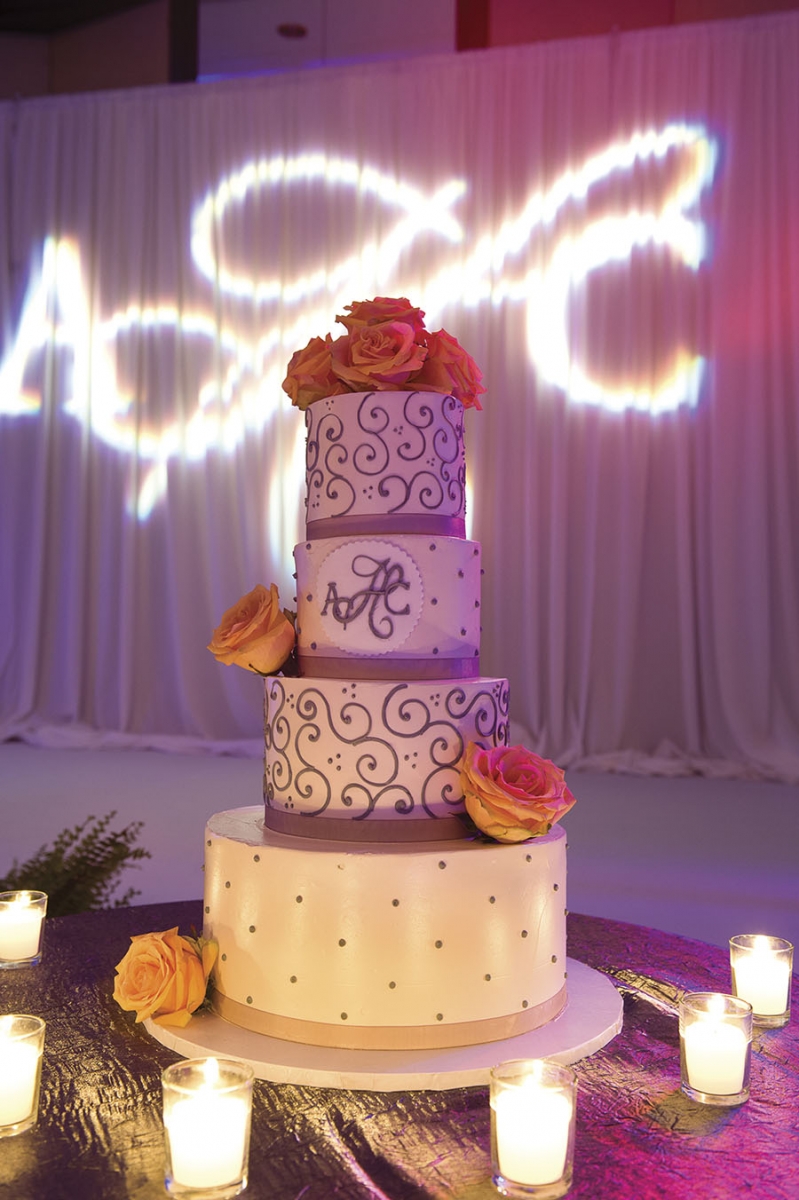 For Cam, playing and getting married in the Steel City is particularly special. He is the son of the late Craig “Ironhead” Heyward, who was a star running back at the University of Pittsburgh before he, too, was a first-round pick in the NFL draft in 1988. The younger Heyward lived in Pittsburgh before moving to Atlanta at age 8, and he still has family here.

Allie grew up in Cleveland, but she clarifies she isn’t a Browns fan. She says she’s loving life as part of the black-and-gold nation.

“Everyone here is so nice,” she says. “I feel like the Steelers are one of the NFL organizations that are very family-oriented.” 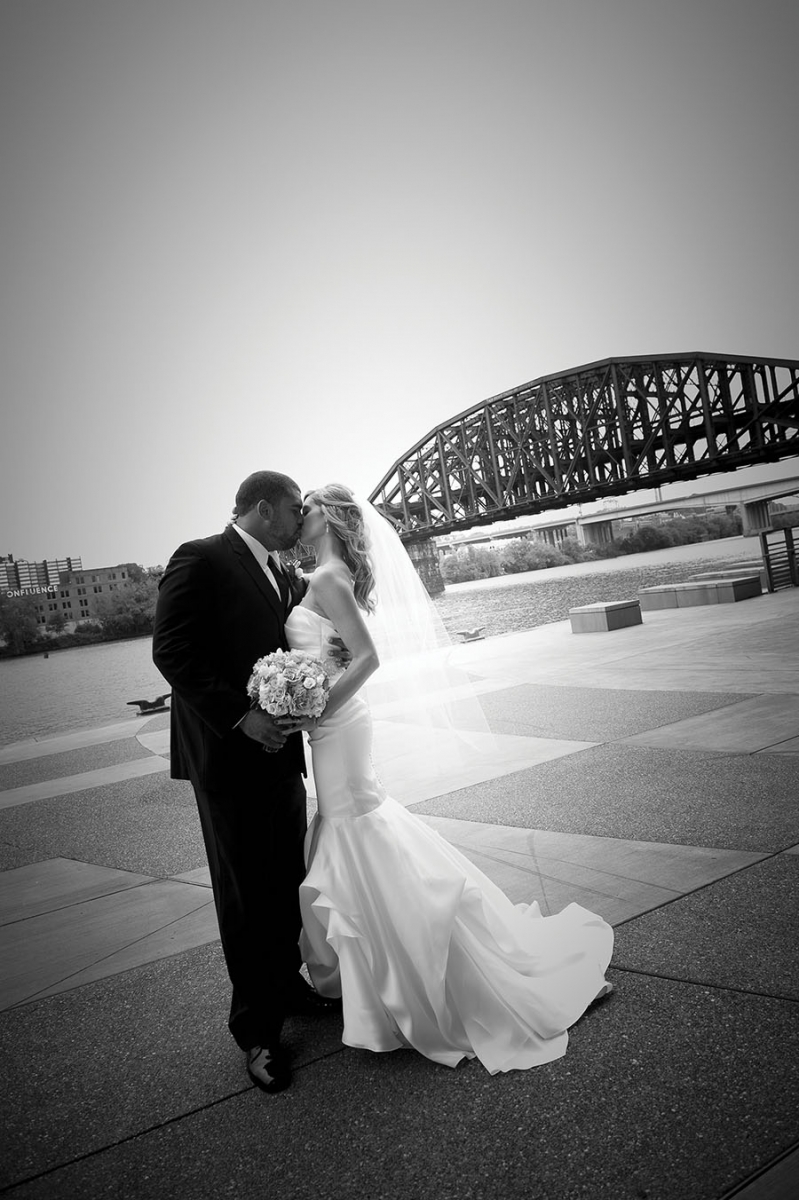