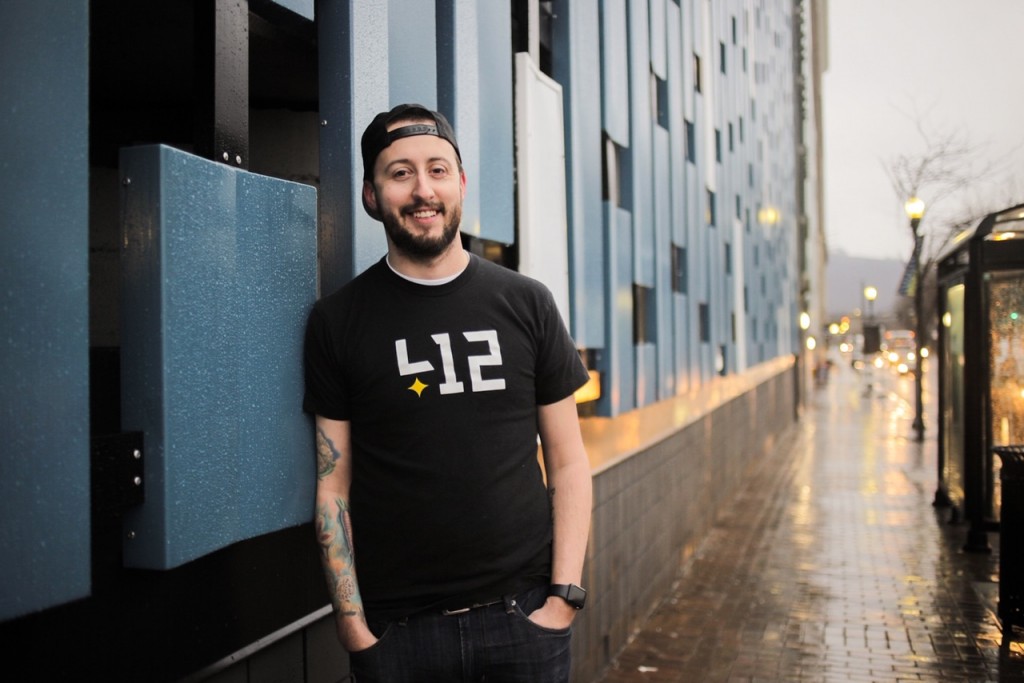 Pittsburgh has a culinary TikTok star — Ryan Peters. The Iron Born Pizza & Pasta chef topped 1 million followers on his account, @peterspasta, this week. “This all has happened very fast. Two weeks ago, I had 500,000 followers. I didn’t expect any of this. I’m thankful for it,” he says.

Peters joined TikTok in 2019 during a summer visit from his college-age brother. The 27-year-old chef already was social media savvy, having grown his Instagram account to more than 20,000 followers at the time. He wasn’t convinced that TikTok, which at the time was popular with a younger demographic, would be a thing for him. However, he had a few pasta videos saved on his phone, so he started an account and posted one. It got several hundred thousand views. “I thought, ‘There must be something to this,’” he says.

Peters account is almost entirely focused on preparing pasta. There are dreamy clips of the chef incorporating piles of golden egg yolks into nests of flour, hypnotic movements of dough extruded through a bronze die getting cut into various pasta shapes, and, of course, the occasional shout-out to Pittsburgh with black and gold noodles. Each clip is accompanied by music that ranges from tranquil to high vibration depending on the mood he’s aiming for; as best he can, Peters tries to time the song’s beat to the action in the clip. Peters often adds a voiceover, his tone as soothing as the narrator of a nature documentary. It’s quite engaging.

Peters calls his work #pastaTikTok. Viewership of his frequent posts range significantly but he typically gets at least 300,000 people watching a clip, and many have substantially larger engagement; one post has more than 35 million views. Building community is part of what draws Peters to TikTok. He tries to engage with his followers, though with the page growth he can’t reply to every comment; there often are thousands of those. “You’re able to engage with your audience so much easier on this platform,” he says.

Peters says he’s enjoying building relationships with other creators, too. He says the platform allows for abundant opportunities for creativity. “There are tons of chefs and home cooks doing incredible things. And everyone supports each other and wants to see each other grow. That’s cool,” he says.

Peters says he doesn’t have an editorial schedule, instead following his instincts for what he thinks his audience might enjoy. Sometimes he even takes suggestions from his followers — peanut butter pasta might not have been a culinary success, but Peters says he had fun trying it out. “It’s a fine balance between having the right techniques and methods, not getting too wacky but not trying to be too serious. I’m on here to have fun and to keep it lighthearted,” he says.

Although the platform allows for clips up to 60 seconds in length, Peters says the ones in the 10- to 15-second range get the most engagement. It’s not enough time for a full culinary demonstration, but it’s enough to get people interested in the work he’s doing; he often posts instructions in the comments for fans that want to try their hand at his recipes.

As for what’s next, Peters is considering launching a YouTube channel to share more detailed recipes, and he’s thinking of teaching some virtual cooking classes, too. On top of that, he’s launching a pasta-themed merchandise line — shirts, hats, hoodies and such — using Lawrenceville-based Revival Print Co. for the printing.

“It feels like an overnight thing, but it isn’t, really. I’ve been doing this for a while. Now it’s starting to gain momentum,” Peters says. “I’m not sure what to expect or what happens next.”