The group is dedicated to expanding opportunities for underrepresented people from brewhouse to taproom. 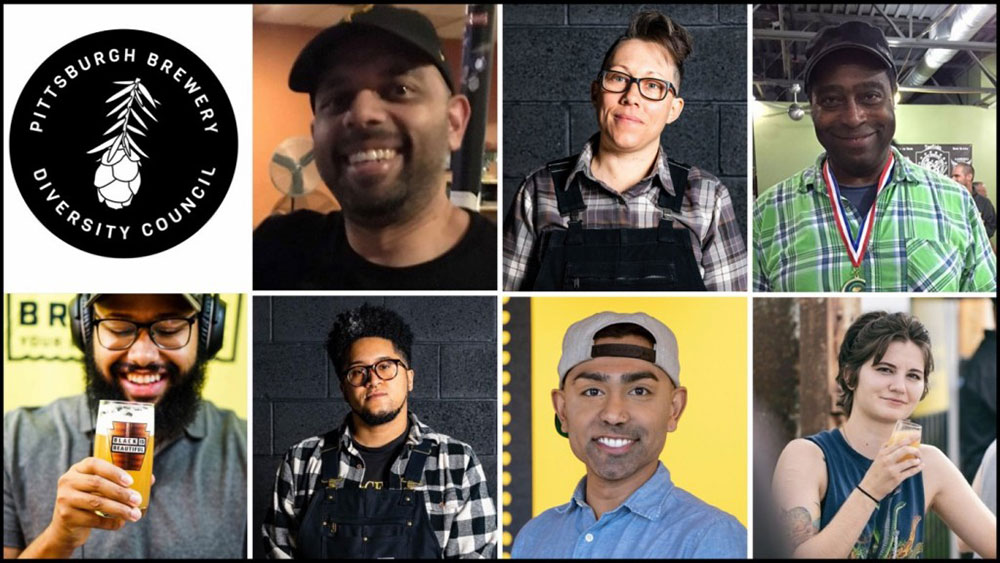 Pittsburgh is a region teeming with breweries. There are more than 40 independently owned breweries in Allegheny County and a bunch more in the surrounding counties. Despite the numbers, they are, like most breweries across the country, suffering a lack of diversity from brewhouse to taproom.

According to a 2019 report from the Brewers Association, a craft brewery trade group, 88 percent of the breweries in the United States are white-owned. Harris Family Brewery, for example, will be the first wholly Black-owned brewery in Pennsylvania when it opens this year in Harrisburg. The same report notes that women make up just 7.5 percent of the brewers and 37 percent of non-production staff at breweries, yet are 54 percent of service staff in taprooms. The population that typically fills those taprooms is primarily white and male, too.

“It’s a little weird when I walk into breweries and I’m almost always the only person in the taproom that looks like I do. There are very few people of color that I see in the taprooms,” says Aadam Soorma, head of marketing and guest experience at Trace Brewing; prior to taking his position at the new Bloomfield brewery earlier this year, he covered the beer beat for VeryLocalPGH for two years and drove the Porter Brewery Tour bus for three years.

To that end, Soorma and six other underrepresented beer professionals have joined forces to form the Pittsburgh Brewery Diversity Council. It’s a necessary step in building a more level playing field for women and people of color throughout Pittsburgh’s beer world. 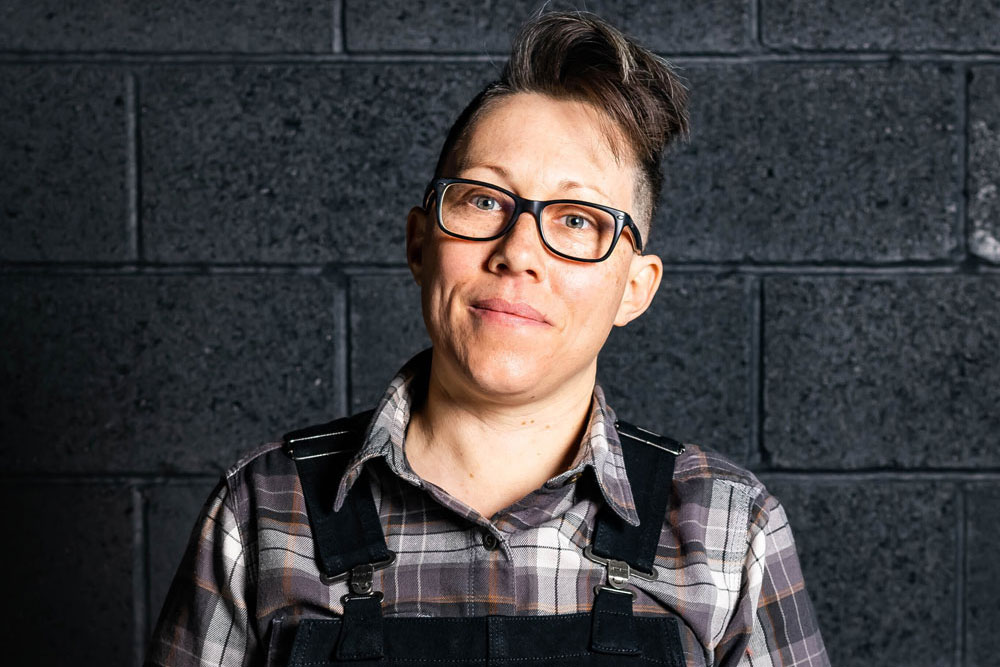 “What we’re trying to do is help those who are underrepresented in the beer scene feel more comfortable in taprooms — not only that they are accepted, but that there are events specifically catered for everyone to feel included — as well as to focus on hiring practices in breweries and in taprooms,” says Lauren Hughes, head brewer of Necromancer Brewing Co., a forthcoming brewery that is anticipated to open in Ross in March.

Hughes, who previously worked as assistant head brewer at Penn Brewery, is, to her knowledge, the only woman head brewer in Pittsburgh. “Making beer was a heavy lifting job, and it fell into that category of ‘jobs men do.’” Hughes says. “That’s starting to change. Women are more interested. Women want to make beer.”

The Pittsburgh Brewery Diversity Council’s first project will be an open-sourced beer called “She Knows More Than You.” The beer is a recognition that women working at breweries know exactly what they are doing and a response to a prevalent gendered behavior in taprooms — for people to turn to a man when they have questions. “I got interested in beer by going to taprooms. And then I thought, I want to be someone who makes it. But if you don’t feel comfortable going to taprooms, you’re not going to feel comfortable trying to make beer professionally,” Hughes says. 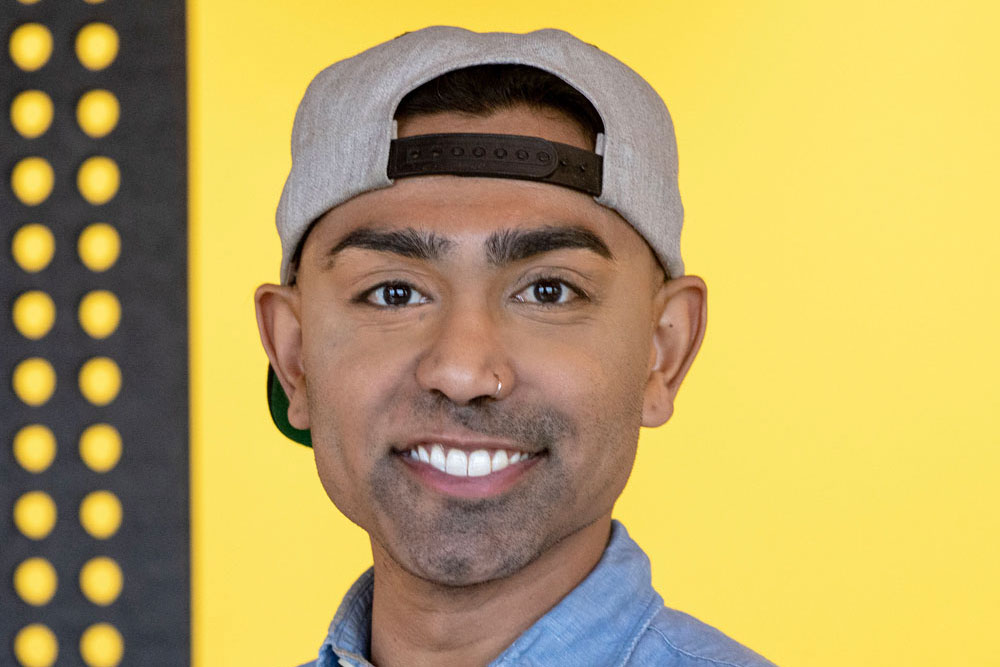 Soorma says the concept of launching an open-sourced beer recipe was inspired by recent Pittsburgh-based beer collaborations such as “Black Is Beautiful” to support the Black Lives Matter movement and “All Together,” which benefited the service community in the wake of the COVID-19 pandemic. The base of “She Knows More Than You” is a kettle sour, and Hughes will brew the initial batch, likely in May. Following that, brewers can augment the recipe as long as they donate a portion of the sale to a diversity-focused nonprofit (the specifics are still being worked out).

The Pittsburgh Brewing Diversity Council builds on the already growing movement to broaden access to craft beer in the region and across the country. Fresh Fest, the nation’s first beer festival centering to Black brewers, was created and is based in Pittsburgh. Day Bracey, Ed Bailey and Mike Potter founded the festival in 2018, and it has risen to international acclaim in the intervening years. The event is scheduled to return in August.

Soorma says Adam Bey, who recently became a co-owner of 412 Brewing, started a group text with a small but diverse group of people who would often run into each other at beer-related events. “We were some of the only minorities, people who identify in the LGBTQ community, black and brown people in the room, and so we all started talking to each other,” Soorma says.

The next steps are still in the works — Hughes says they have a lot of ideas flying around in the organizational Zoom calls — scholarships for educational opportunities for underrepresented people, collaborations with restaurants, and, once it’s appropriate again, events.

“Right now, it’s about keeping the idea of diversity at the forefront of people’s minds,” Hughes says. “It’s about continuously having diversity as a goal of your organization and about your thought process. Who are you hiring? How are you making your taproom a more welcoming space for a diverse crowd?”