The lifelong learner, one of Pittsburgh’s foremost libations educators, just earned one of the hospitality industry's highest achievements. 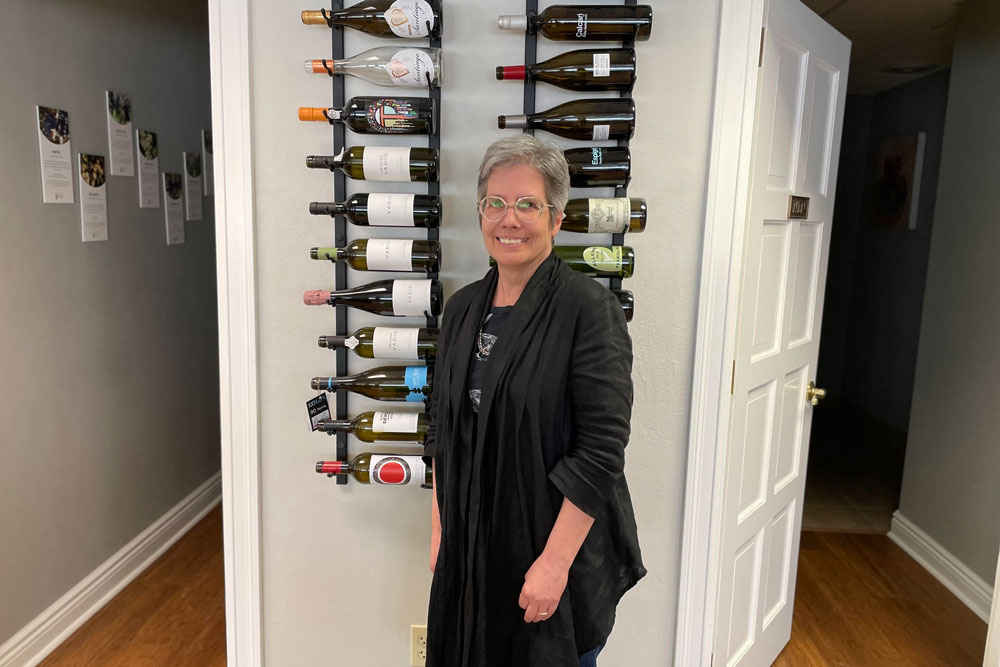 Earlier this month, Deb Mortillaro, co-owner Palate Partners and manager of Dreadnought Wines in Lawrenceville, earned a Level 3 sake certification from the Wine Spirit & Education Trust. By doing so, she entered rarefied air as one of just a dozen people (and only the third woman) to earn the high rank in all three categories (wine, spirits and sake; wine also has a level 4) that the international body offers.

“I didn’t recognize what a big deal it was. When you’re in it, you’re so knee-deep in what you’re doing you don’t think too much about it. And then all of a sudden, you’re like ‘Oh, wow you have all three of them’” Mortillaro says.

“And to think, I didn’t know anything about wine when I started this.”

In the decades since the Culinary Institute of America graduate left a career as a private chef to work as an educator and retailer, the lifelong learner has become one of Pittsburgh’s foremost beverage experts and one of its most enthusiastic evangelists. “The more I know, the easier it is to teach. I can tie all the pieces together. I can pull knowledge from one segment to another,” she says.

Through Palate Partners, Mortillaro offers a wide range of classes, from a casual “Wine 101” to focused explorations of specific topics such as a deep dive into the Tannat grape (a varietal now prominent in Uruguay). For hospitality industry professionals or anyone interested in the nitty-gritty of wine and spirits, there’s a full array of Wine Spirit & Education Trust classes available, too.

Mortillaro says that although the subject matter can get wonky, especially as you get deeper into the professional education classes, she takes an approachable, hands-on and not stuffy way of teaching. “I want people to learn the material, not just memorize what they need to pass a test,” adding, “It’s wine. Keep it in perspective. It’s really fun.”

Dreadnought Wines is celebrating its 42nd birthday this week. The business was founded in the Strip District in 1980 by Bob Gonze and Shawn Beck, trailblazers in supplementing the PA Liquor Control Board offerings by using the special liquor order (SLO) provision to bring in wine from vintners not found on the shelves of the state-run Fine Wine & Good Spirits stores. Mike Gonze purchased Dreadnought in 1986.

Mortillaro partnered with Gonze in 1992 to open The Butler’s Secret, a retail store that offered accessories such as stemware in Dreadnought’s storefront (then, as in now, there are wine bottles on display, but the products still need to be special ordered and delivered several days later). The duo then formed Palate Partners (an offshoot of The Butler’s Secret) in 1995 as the businesses’ education arm. They moved the company to its current location in Lawrenceville in 2015.

Even if you don’t take a class with her, Mortillaro has some advice for anyone who chooses to imbibe. “It’s not just ‘Do you like these flavors or not?’ How is your body reacting to what you’re drinking? How is your palate reacting to it?” she says. “If you can understand why you like something or why you don’t like something, that’ll help you navigate what choices you make when you’re in a wine shop.”

As for Mortillaro, her insatiable thirst for knowledge continues. One of the first things she did after passing the Level 3 sake exam was to go to Los Angeles to … take a sake class. She’s currently studying for her Level 4 wine diploma, and, she says, “They’re going to come out with a beer program.”