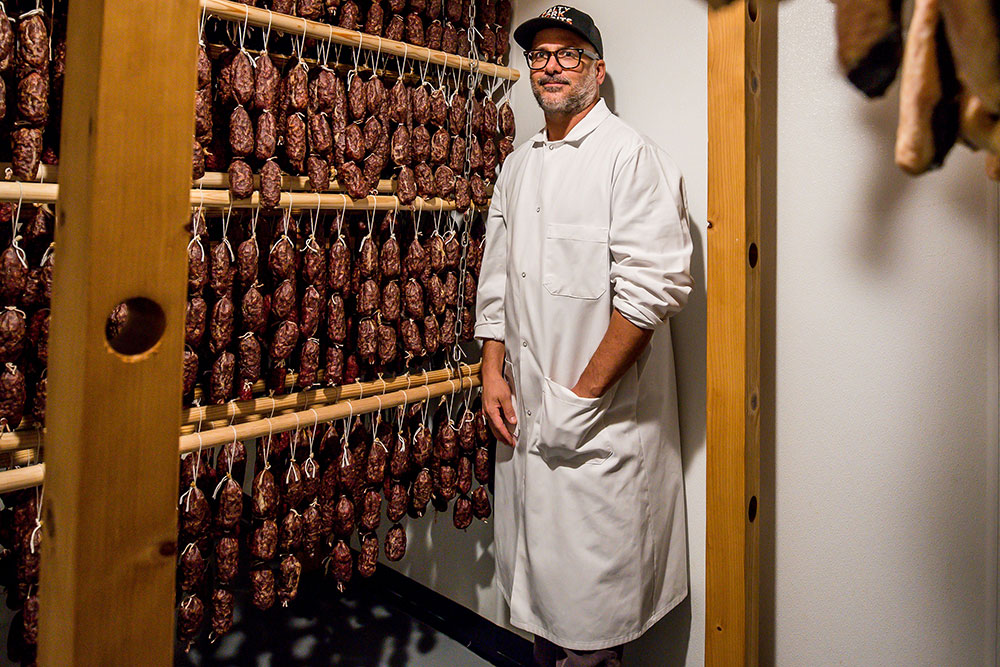 Justin Severino won’t be opening any Pittsburgh restaurants in the immediate future as the award-winning chef has set his sights on Washington, D.C. In April, Severino took on the role of director of restaurant development for Taco Bamba, Victor Albisu’s small chain of taquerias located in the greater Washington metro area.

“I’m there three days a week right now,” he says.

Severino is the co-owner and brains behind Salty Pork Bits, a nationally recognized charcuterie manufacturing business, co-owner of Morcilla in Lawrenceville (a Pittsburgh Magazine Best Restaurant) and former executive chef and co-owner of Cure, which closed in 2019.

As for Morcilla, Severino says, “Nothing is going to change there.”

Nate Hobart, Severino’s culinary right hand since Cure opened in 2011, has over the past few years slowly taken more control of the day-to-day operations. Hobart now is partner, executive chef and general manager of the restaurant, which opened in 2016, with Severino acting as an advisor. “If you’re lucky enough to have someone like Nate Hobart, the right thing to do is give him the ball and let him run,” Severino says.

Severino says that navigating the pandemic, particularly while raising a young child, gave him pause to reflect on how he wanted to approach the way he worked in the culinary field.

“I needed to do something for my family to make good on all the bad we experienced during COVID. It wasn’t 100% driven by the losses we had at Morcilla, but we found we couldn’t do what we did before. To have to keep reacting to what was happening was frustrating. I saw how it was affecting all my other friends who run restaurants, too,” he says.

So he started putting feelers out for work as a consultant, something he’d explored previously when he helped the Los Angeles restaurant Gwen develop its extensive charcuterie program in 2016. However, this time, he says he wanted to be on the other side of the kitchen.

“How can I do the same type of design, general contracting and project management that I’ve done for myself in the restaurants I’ve owned? It’s something I’ve always wanted to figure out how I can do professionally,” he says.

He’s working on developing four new restaurants with Taco Bamba. Severino says he’s involved in everything from negotiating the construction side of signing leases, working with designers on the vision for projects and managing general contractors on the build-out.

“Their plan for growth is inspirational. They are expanding but the quality of food is exceptional. Every restaurant has its own menu, its own chef,” he says.

Severino says that he, his wife and business partner Hilary Prescott Severino, and their daughter, Franny, likely will move to Washington sometime down the road. And while he’s permanently closing the Salty Pork Bits storefront in Lawrenceville this weekend, he plans to keep the business based at his USDA inspected production facility in the basement of Morcilla.

“The reality is that we are getting back to our mission to sell wholesale nationally, make custom products for the best restaurants in the country and sell retail online,” he says, noting that Pittsburgh residents will still be able to pre-order online and pick up at Morcilla. Charcuterie platters are also available via Morcilla’s catering page.

Severino says the idea of shifting from independent restaurant operator to working for a larger operation took a little getting used to, but he’s now full-steam-ahead with his new position.

“I was ready to get back in the world but I needed to change my mindset on how I wanted to go about it. I thought a lot about how I could make the vision that my family and I have for the future the focus of what I am doing now. And that’s what I’m doing,” he says.