Is it Finally Time for Pittsburgh’s Vermouth Summer?

Bar empresario Spencer Warren thinks it is. He now has more than 30 varieties for sale at his downtown bottle shop. 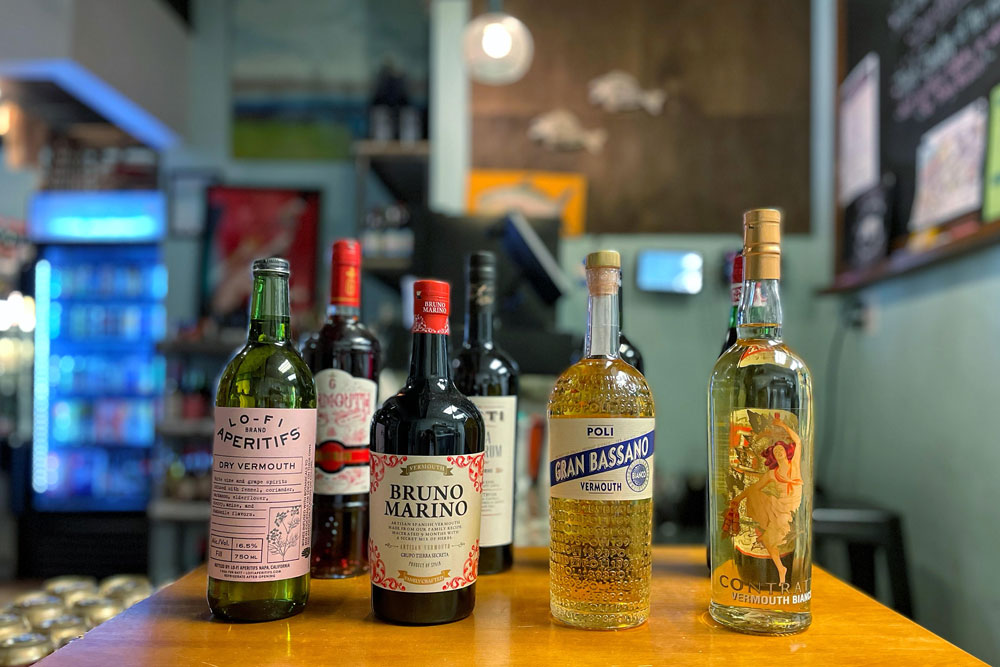 Vermouth has simmered on the cusp of having its moment for nearly a decade. In 2014, Saveur Magazine declared that “Vermouth on the Rise.” In May 2017, The Wall Street Journal’s wine critic Lettie Teague listed “The Best Vermouths For Sipping,” and less than a week later, the New York Times wine critic Eric Asimov called vermouth “the ideal aperitif.” In 2019, Celine Roberts wrote a story for Pittsburgh Magazine highlighting Scratch & Co. (then Scratch Food & Beverage) stocking its bar with 21 varieties of the fortified wine. Last year, Epicurious declared, “Vermouth — Just Vermouth — Is the Drink of Summer.”

Maybe 2021 is the year of vermouth? Spencer Warren, co-owner of The Warren Bar & Burrow and Penn Cove Eatery Downtown, thinks so.

The longtime Pittsburgh cocktail and bar empresario is going deep with vermouth this summer at his excellent wine and beer shop in Penn Cove Eatery. Warren currently stocks approximately 35 bottles of the fortified wine (the actual number varies on any given day), as well as a small selection of wine-based amari, which pretty much covers the scope of what anyone would look for in terms of flavor and price. His endeavor solves one of the biggest challenges Pittsburgh drinkers have long had to navigate when it comes to exploring the wide world of vermouth — access.

For years, the only widely distributed sipping vermouth found at the Commonwealth’s Fine Wine & Good Spirits stores was Carpano Antica Formula; it’s terrific vermouth, but at $42.99, it’s also on the pricier end of the spectrum. The PLCB now lists 37 vermouths as available in-store on its website. Although the selection is better than it used to be, it’s still imperfect; nearly all the ones you’d want to use for sipping or to enhance a cocktail are sold out or only available at, say, one store in Delaware County (and one is a rye that is finished in vermouth casks). Sure, you can special order an additional 36 vermouths, but those can take as long as 30 days to arrive once the supplier approves the order, and you still have to go to the store to pick it up.

“That’s where we come in. All the stuff that you have a hard time getting at the state stores we have available here. We’re trying to buy as many as we can so people can just come down here and try them without the hassle,” Warren says.

Vermouth’s second major obstacle is its reputation. The attention it’s grabbed over the past few years has helped. Still, memories of that time when a bartender poured some into your martini from a dusty bottle of low-grade sweet vermouth that had lingered on the back shelf for years — basically, serving you spiced vinegar — are hard to shake. And that’s too bad.

With good vermouth, your cocktail situation — think martini, Negroni, Manhattan, Clover Club, Americano and Adonis — is much improved just by the act of using one, and there’s a lot of room to explore nuance in how you want it to taste. It’s all about finding the balance between the spirit you’re using and how you want the vermouth to augment its flavor.

“Try your favorite cocktails with a variety of vermouths. You can play with the ratios, too. If you have a citrus-forward gin, you want a vermouth with a little bit going on in terms of botanicals, but if you have something like a gunpowder gin, then you want something simple,” Warren says.

There are three significant vermouth styles: Sweet vermouth typically is red (which comes from a caramelized sugar and botanicals, as the base wine used in nearly all vermouth is a neutral white) and usually is full-bodied; use it in a Negroni or Manhattan. White vermouth typically is dry and works best in a martini — you’ll want a 2:1 or even a 1:1 ratio of gin to vermouth when using good vermouth — and is lovely on its own. Bianco vermouths generally fall in the middle of the sweetness spectrum and have a wide range of botanical influences; with quality ice, a hit of sparkling water and a twist of citrus, these are yummy sippers. Vermouth must be 75 percent wine and is enhanced with a wide range of botanicals; artemisia (wormwood) is essential, while the rest — which might include chamomile, ginger, sage, star anise, clove, cinnamon and cinchona — is up to the individual vermouth makers.

As for avoiding the dusty, my vermouth-tastes-of-vinegar problem, the best way to prevent that is to drink them; Warren has a selection of smaller bottles for people who anticipate using vermouth sparingly. You don’t need to rush through it, however. It’ll keep for as long as two months in the refrigerator, especially if you use a pump or inert gas to remove the oxygen from the bottle.

The bottle shop at Penn Cove Eatery is open daily from 4 p.m. to 11 p.m., and Warren says he plans on expanding the hours earlier in the not-too-distant future.