How You Can Help Pittsburgh Restaurants

Seven ways to help Pittsburgh’s restaurants and people who work in them make it through the winter. 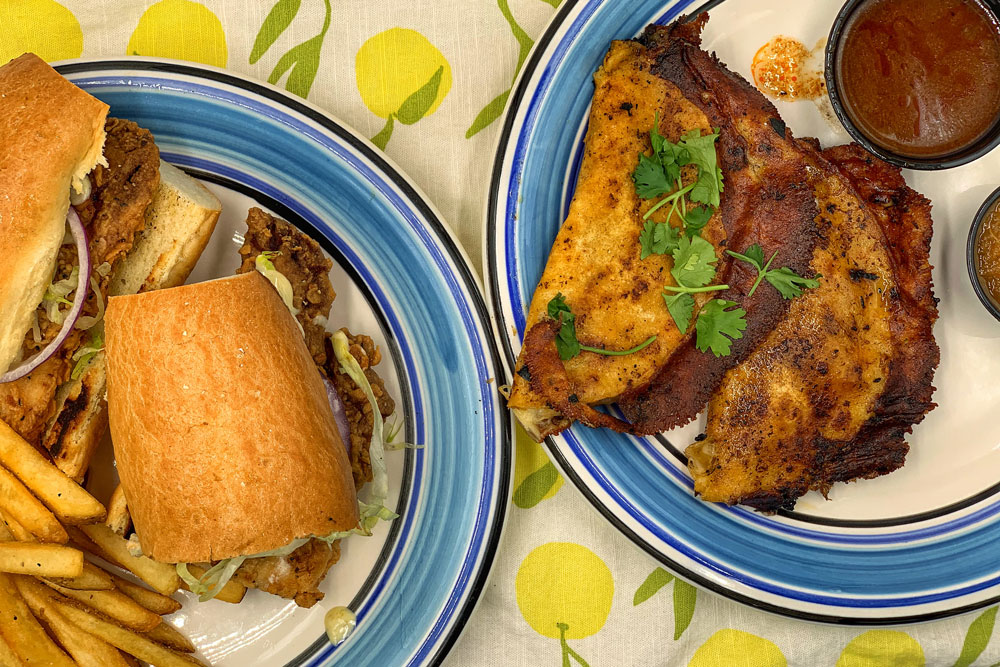 Gov. Tom Wolf’s Dec. 10 order to prohibit indoor dining in restaurants until Jan. 4 was the right call. Although restaurants aren’t typically the nexus of super-spreader events, and most operators are trying to do their best to keep spaces as safe as possible, serious studies in the United States and South Korea have placed dining inside restaurants as one of the primary vectors for person-to-person spreading of coronavirus.

That’s because the virus spreads through respiratory inhalation, and indoor spaces typically don’t have an adequate airflow exchange to mitigate a build-up of viral load. Eating and drinking are by nature maskless activities and most people use restaurants as social spaces in which they want to linger. This is why, unlike a 15-minute masked visit to a grocery store, the potential for transfer is high in restaurants. The more people in a community with coronavirus, the higher the risk of dining indoors for restaurant guests and the people who work in them. Indoor dining, at reduced capacity, might have been a less risky option a few months ago, but the surge in the virus means it’s not a good idea right now.

“The restaurant industry and its lobbies don’t do themselves any favors by pretending things that are real aren’t true. It’s aerosolized. You get it from breathing other people’s air,” says Peter Kurzweg, co-owner of Independent Hospitality Group, which runs Independent Brewing Company, Hidden Harbor and Lorelei.

Just because shutting is the right thing to do doesn’t mean that it’s not also devastating the region’s hospitality trade. The psychological and financial blow of the latest measures is the hardest hitting so far. The end of the year typically means booming restaurants filled with holiday parties, big tips and the opportunity for everyone involved to bank some cash for the typically slow winter months.

As I’ve said before, the real solution is federal funding for restaurant owners and employees, but it looks as if the Restaurants Act won’t be included in the pending relief package. The Commonwealth chose to divert CARES Act funds to its own budget rather than offer relief to struggling restaurants and other businesses that it asked to close to mitigate the spread of COVID-19.

“You keep trying to do things, change and pivot. There are people who are doing their best to take care of their staff and their guests. There’s a lot of ‘no, you can’t do this.’ So what can we do? We’re constantly pivoting and trying to make the most of what’s possible,” says Cecil Usher, co-owner of Mindful Hospitality Group and St. Clair Social.

Now, we are left with empty restaurants and thousands of people wondering how they will make it through the next few months. Small actions can help. Here are seven ways we can: 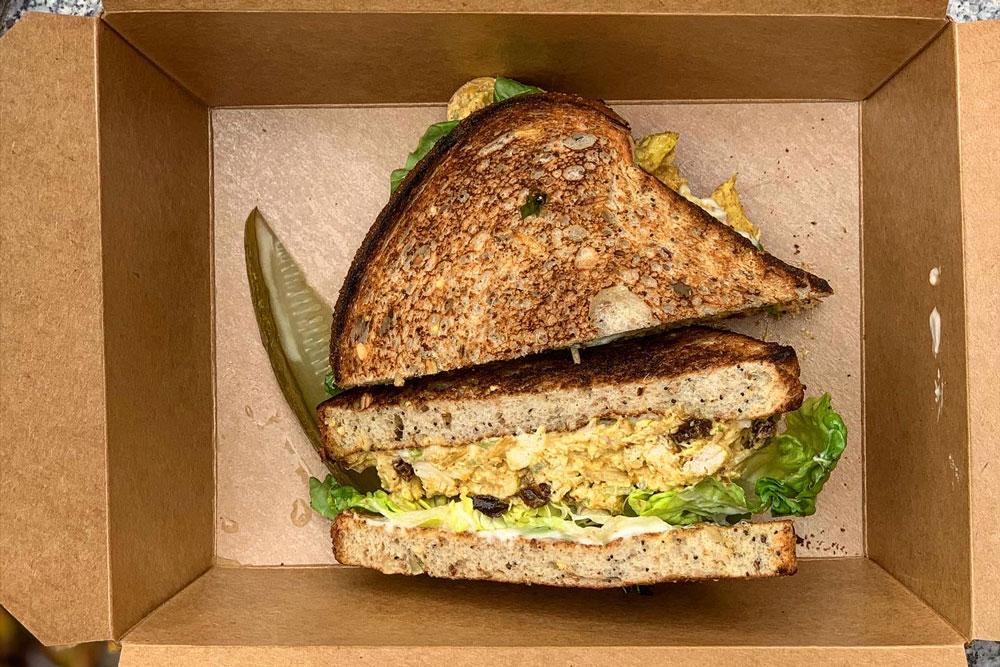 Order Directly From Restaurants
Skip the third-party apps and order directly from restaurants. I get it, these apps are convenient, but they funnel a significant amount of money that otherwise would go straight to restaurants. A small (and, it seems, growing) number of Pittsburgh restaurants are offering in-house delivery. Otherwise, if mobility isn’t a challenge, the best thing you can do is to pick up your food from the restaurants. While it might seem like a small thing, a quick hello during a phone order or an eye-smile when you’re picking up your food maintains a connection to the people who are working in the places that you love. “It makes a huge difference. A lot of service industry workers are in this because of the guest experience. It’s a very stressful time for all of us. And those positive interactions, that helps make it a better experience,” says Cat Cannon, co-owner of Mindful Hospitality Group and St. Clair Social.

Tip For Takeout
Tipping everywhere is overwhelming. In February, I’m sure I was grousing about how intrusive the “add a tip” on every payment checkout screen around felt. Back then, being prompted to add a 25 percent tip after picking up a coffee and sandwich might have seemed extravagant. For the moment, it’s the right thing to do. “People have the notion that there isn’t as much work or care put into takeout service. But those servers are still working their service wage and still dependent on those tips. And that’s across the board in most places,” says Cannon.

At the very least, add the 18 to 20 percent you typically would leave at the end of the meal even if you’re popping in to grab takeout, and consider adding even more. The truth is you’ve never been “rewarding” that person for good service; you’ve always been supplementing their wages.

Gift Cards
Many restaurants offer gift cards, and the benefits of purchasing them are two-fold: you’re giving restaurants a transfusion of cash when they most need it, and you have something to look forward to when we all can dine together again in festive conviviality. “It’s immediate income. And it ensures that you’ll be our guests in the future. It’s the holiday season. You need to get gifts for people,” says Cannon. 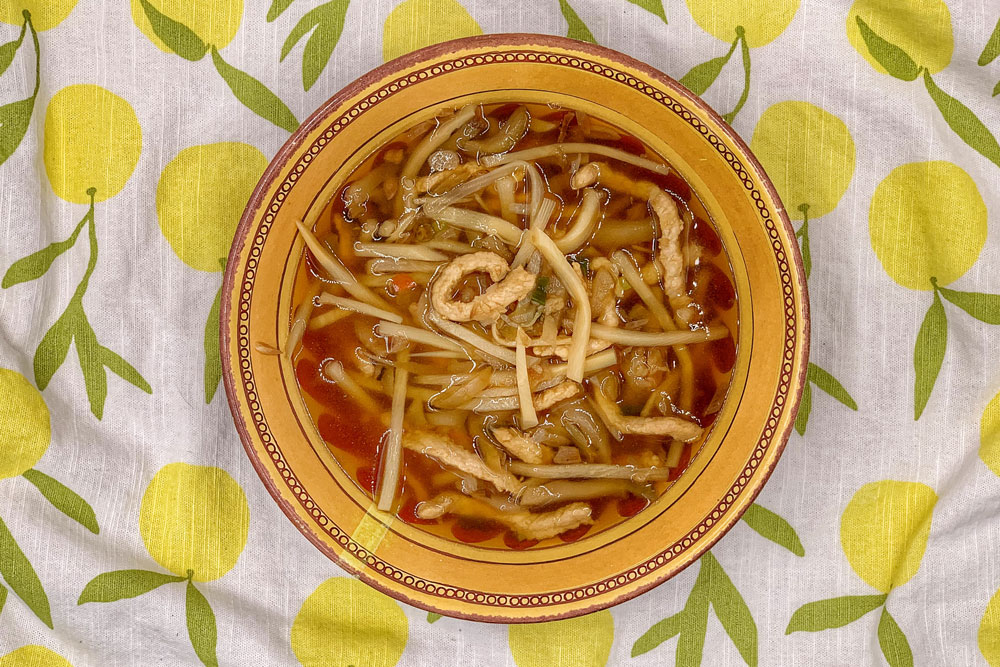 Eat Outdoors
This one is a little trickier due to Pittsburgh’s typically terrible winter weather, but intrepid eaters can consider it. There are still restaurants open for outdoor dining that have found ways to keep guests relatively warm for a couple of hours. So if you’re willing to bundle up — consider bringing a blanket with you — outdoor experiences can be an engaging way to get out of the house for a short time, so long as you keep the group you’re dining with small.

“We need to give people the opportunity to socialize in safer, outdoor spaces. Because if you don’t, enough people will find ways to do it in private indoor spaces. Everyone needs to be creative and flexible. You have to give people outlets, but you have to explain to people why these are the safe outlets,” says Kurzweg.

Locations must be open on two sides to be regarded as outdoor space. Fully- or almost-fully enclosed tents, igloos, yurts and other structures are considered indoor spaces as those buildings don’t allow for adequate air circulation.

Support Workers With Financial Contributions
I wrote about the extraordinary work of Pittsburgh Restaurant Workers Aid in the November issue, and the group continues to lean forward looking out for displaced members of Pittsburgh’s hospitality industry. Most recently, along with the Pittsburgh chapter of the United States Bartenders Guild, it organized a toy and coat drive to supply holiday season warmth for children. Consider an end-of-year donation to PRWA. If you’re interested in directly supporting a service industry worker, you can help them out through Pittsburgh’s Virtual Tip Jar.

Be a Good Neighbor
All of the actions above are going to be bolstered by a community commitment to public health. The sooner we can — again — bend the curve of the spread of COVID-19 to more manageable levels, the sooner restaurants and other businesses can get back to a capacity that will allow them to ride out the months until near-universal vaccine coverage. Care about strangers. This means masking up when you’re out and being smart about small, outdoor social gatherings. In the meantime, do your best to support businesses that support the community.

“Sharing information is key. Everybody doesn’t know what’s open or what people are doing. So if you had a good experience, share it with your friends,” says Usher.

On that note: Some Pittsburgh restaurant owners are publicly flouting the rules, believing they are part of some freedom revolution, think that they know better (or think they are better) than the rest of us or some other excuse that makes them feel as if they should be open. Their selfish, short-term thinking is detrimental to the rest of the Pittsburgh hospitality industry and puts overall public health in jeopardy. Here’s my commitment moving forward: If you are a restaurant owner who has opened your establishment for indoor dining while it is prohibited to do so, I will never write another word about you in this magazine.