The Allentown bar and entertainment venue is a ‘70s time capsule with a few modern twists. 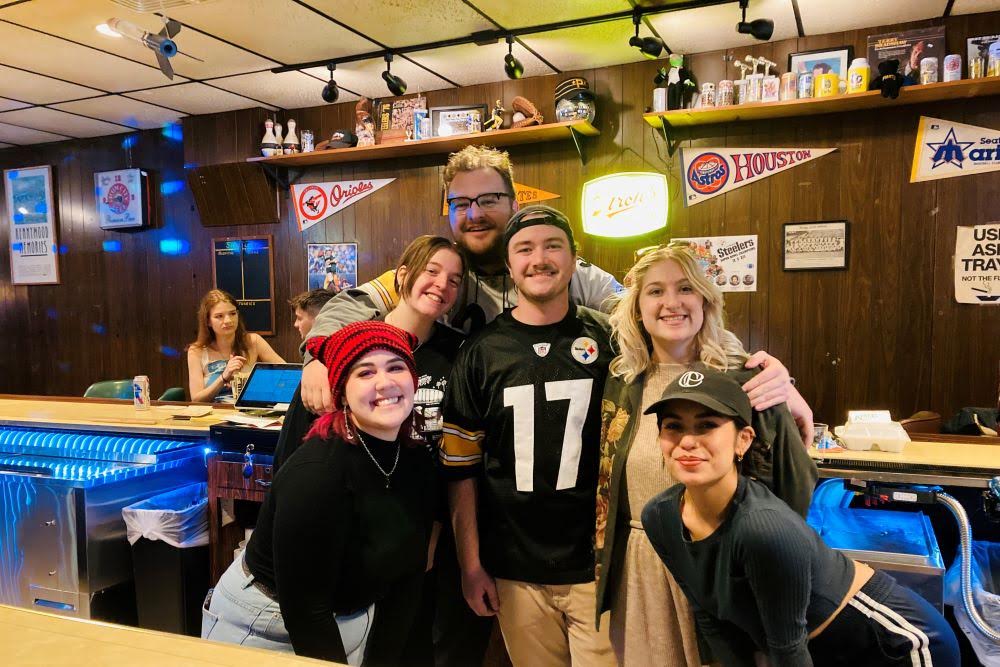 The Allentown bar and entertainment venue opened last spring without shedding its old-school decor. From the wood paneling and drop ceiling to the worn linoleum floor and tube TVs, the place hasn’t changed much since its days as St. George Lyceum. 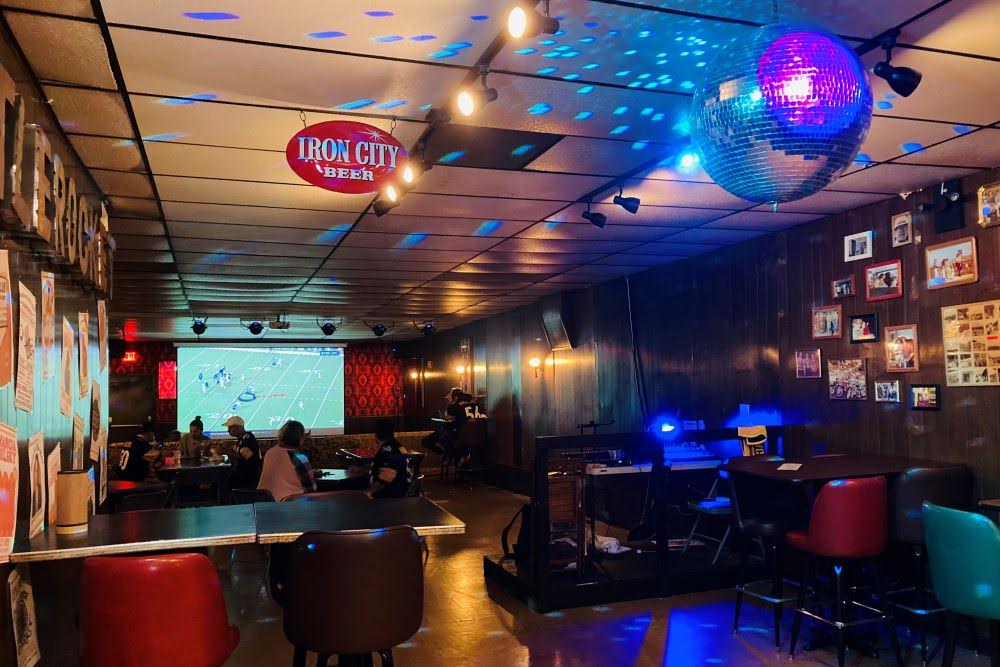 Starting in the early 20th century through 2016, parishioners would stop by after church services to have a beer and watch Terry Bradshaw and the Steelers dominate the opposing team. Now millennials are packing the building at 1226 Arlington Ave. to cheer on Kenny Pickett & Co.

It’s a time capsule of a bygone era that’s run by folks in their 20s. In this high-tech society, it seems people of all ages are emerging from the pandemic looking to reconnect with the past and each other in a genuine way.

As someone who was born in 1978, I can attest to Bottlerocket’s authenticity. 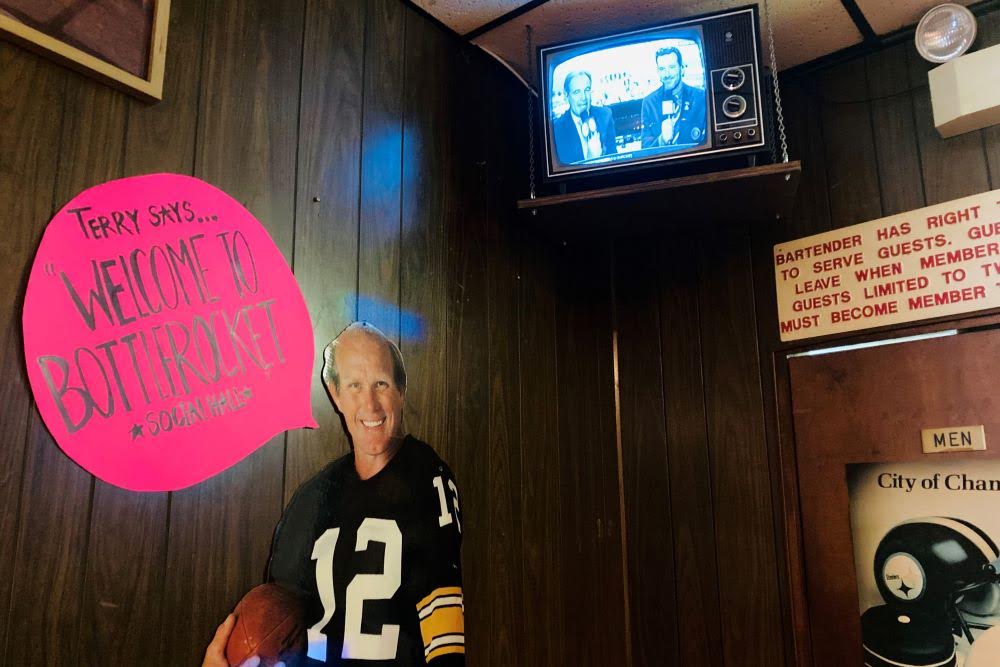 Founder Chris Copen, who launched Bottlerocket as a traveling comedy troupe, teamed with Allentown-based real estate investment company RE360, to bring his vintage vision to life … right down to the logo featuring a disco ball wearing a pillbox baseball cap. (During the Pittsburgh Pirates World Series run in 1979, the smiling, starry-eyed mascot adorned bootleg Buccos T-shirts.) 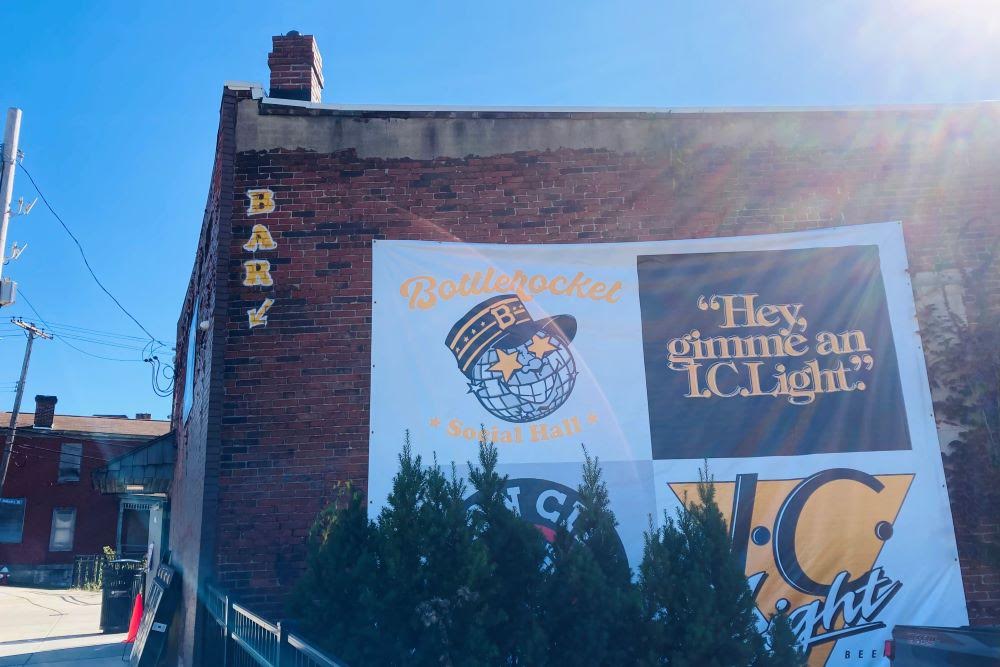 On Sundays, it’s open from 11 a.m. to 4 p.m. for boozy brunch. Enjoy a rotating food menu from Taqueria Acosta and a $15 pierogi bar catered by nearby Forma Pasta. If you need a sugar rush, Bottlerocket sells Clark bars and other nostalgic candy, too. 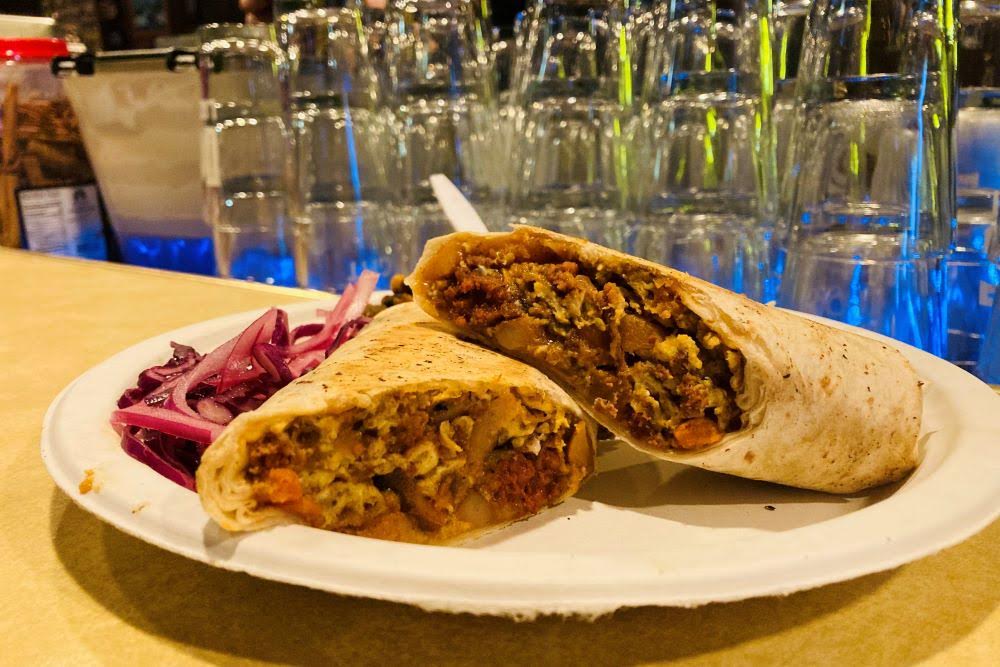 In the time it took me to devour a delicious burrito, the Steelers were already down by 28 points, n’at.

Thankfully, there were plenty of drink specials to help ease the pain, ranging from bottomless mimosas and classic cocktails to the St. George Special: 10 ounces of Iron City and a shot of whiskey in a vintage flip-mug.

“Once one person orders it, every person at the bar wants one,” says Gracie Dickinson, a bartender who also does graphic design work for the business. 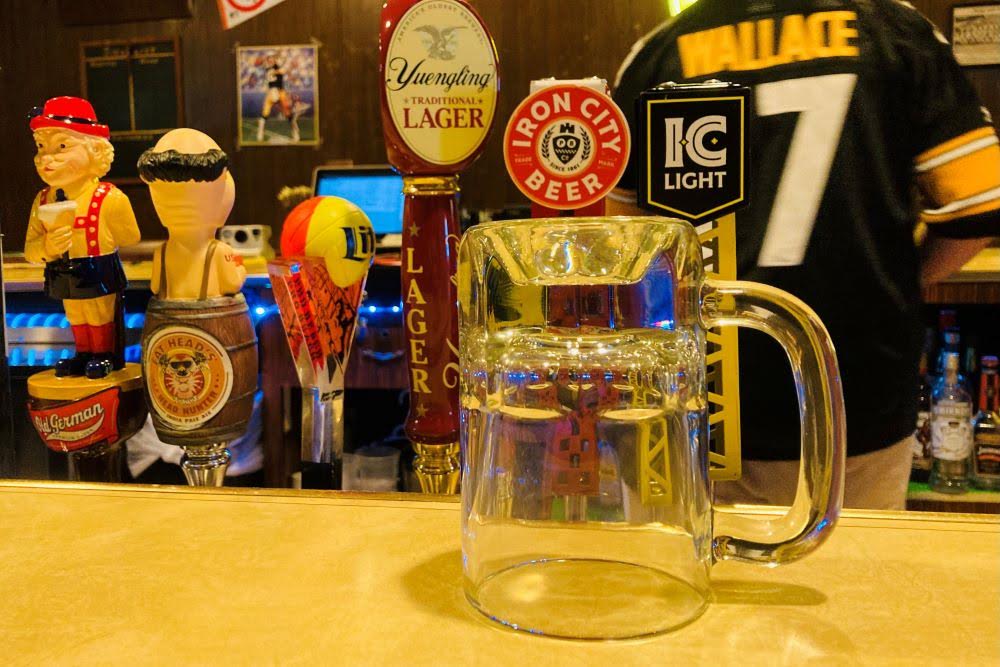 There’s something about sipping an ice-cold Iron — which is being produced at Pittsburgh Brewing Co.’s new facility in Creighton — from a heavy, glass stein while the black-and-gold plays that makes my yinzer heart swell. I’m not much of a sports fan (I prefer Allentown’s goth scene), but even I found myself waving a Terrible Towel during the blowout loss to the Buffalo Bills.

Gridiron action is projected onto a 150-inch screen in the back, where there’s a mix of furniture that looks like it was plucked from my grandma’s rumpus room. The walls are lined with vintage concert posters and photographs, including faded shots of some original lyceum members, who now drop by to rub elbows with college students.

During commercial breaks, ‘70s-era tunes are piped through the modern sound system. There’s also a jukebox near the front entrance. At least once a month, The Polkamaniacs will provide live half-time entertainment.

The Sister Sledge disco hit “We Are Family” was the Pirates theme song in ‘79, and it fits Bottlerocket to a T.

Bartender Dana Hiyajneh lives in Allentown and says the bar has already become a community gathering place that’s allowed her to meet a lot of her neighbors. The 24-year-old and her co-workers Mel Kleeburg, Hannah Confer and Luke Mongelli often belly up to the bar on their days off. Confer, a veteran of the service industry, says she’s never experienced the kind of camaraderie with co-workers and customers like she has a Bottlerocket. 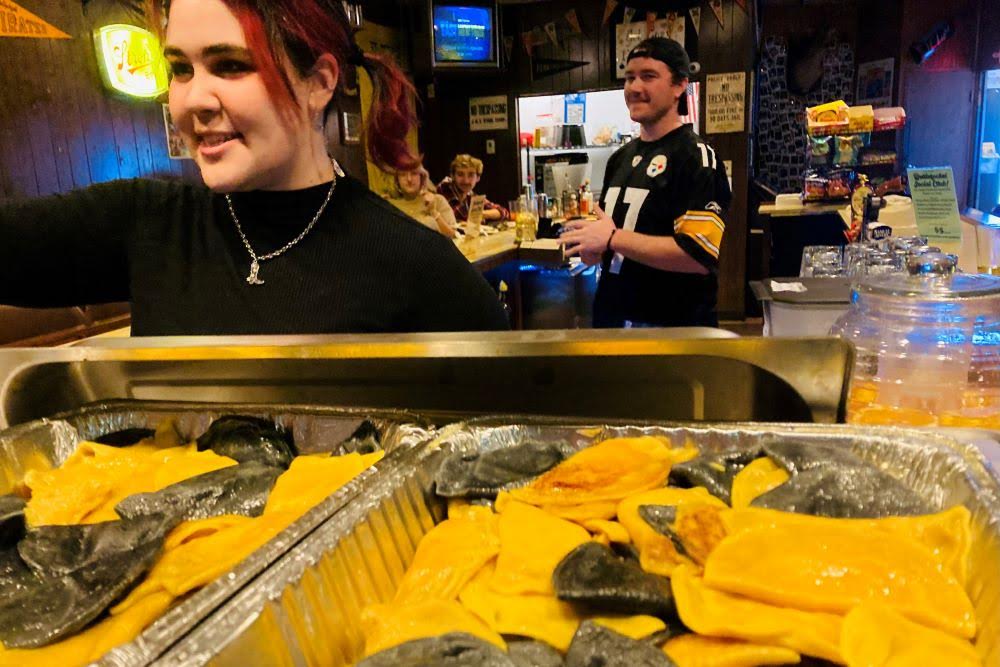 While you don’t need a membership to gain access to the business, customers can join Bottlerocket Social Club for $5 a month, which gets them around-the-clock happy hour pricing, tickets to three shows a month, a personalized membership card and surprise perks. More than 100 people have already signed up.

“We’ve built a bar that people want to be a part of in a real way,” says Copen, who grew up in Johnstown, Pa., where “All the Right Moves” was filmed in 1983.

The movie stars Tom Cruise as a high school football player fighting to break out of the fictional steel town of Ampipe, Pa. It served as a major inspiration for Bottlerocket’s no-frills aesthetic. Copen even has a mock game day program that was given to extras during the shoot.