Fall In Love With Aslin Beer Co. In The Strip District 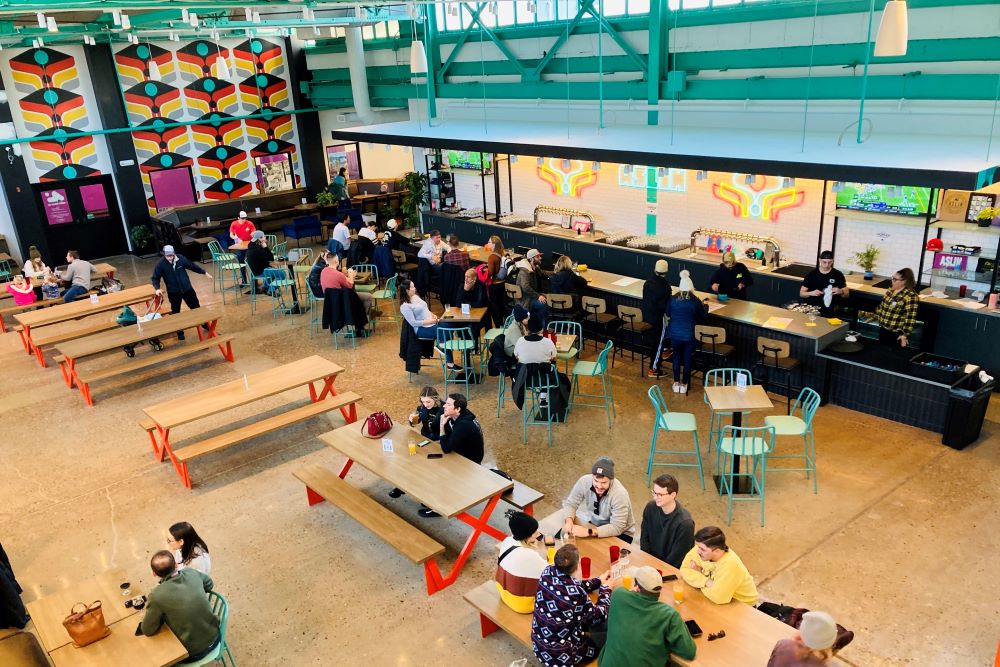 Instead of simply raising a beer to toast their wives, Andrew Kelley and Kai Leszkowicz raised a whole brewery.

And since their significant others are sisters, they took Georgia and Claudia’s maiden name and called the Virginia-based business Aslin Beer Co.

The dual love story continues in Pittsburgh with the opening of Aslin’s fourth location, a 12,000-square-foot space at The Terminal in the Strip District. It’s a large, colorful, multilevel taproom with a 10-barrel brewhouse that will churn out a variety of suds, including non-alcoholic beers and batches unique to the Smallman Street location.

The friends describe their company aesthetic, including the bold artwork on their labels designed by Michael Van Hall, as eclectic.

“Andrew and I have different styles, and every location has its own unique vibe,” says Kai, who considers Pennsylvania his family home. “We like leaving it open for everyone to show up how they want and feel like they belong.” 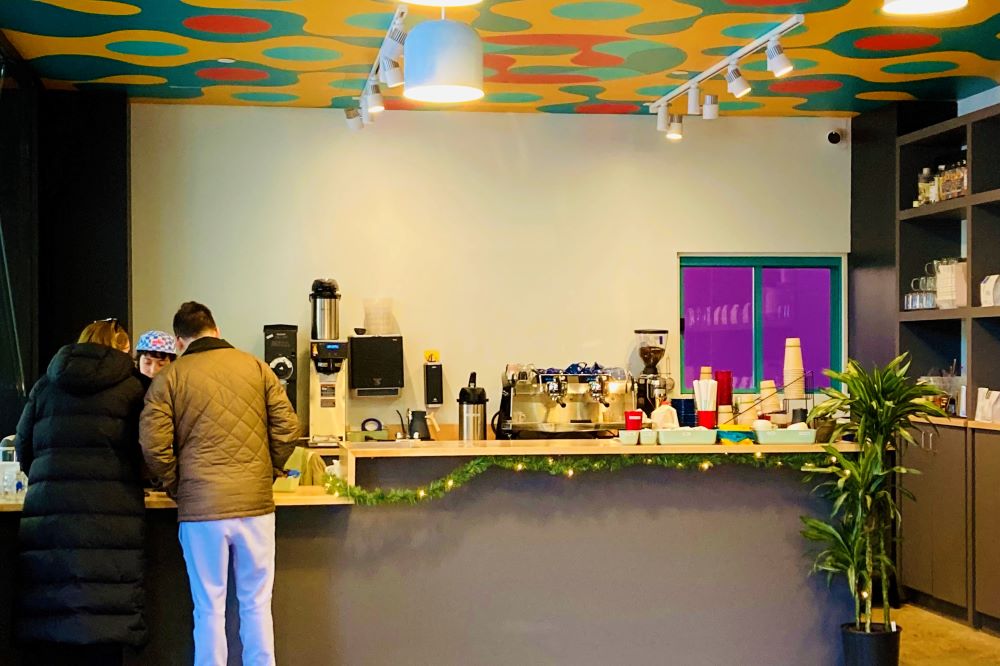 If you think the crack of dawn is a little too early to crack a brewski, stop by the Aslin Coffee Bar, which has a separate area in the taproom, but cups of joe, hot chocolate, tea and seasonal beverages can be ordered from anywhere in the facility. The sustainably sourced beans are hand-roasted in Virginia and sold in eco-friendly packaging.

There are 24 taps and Aslin produces four core beers sold year-round in all of their sites. Their flagship offerings are Orange Starfish, a hazy IPA, and a crushable IPA called Power Moves. The current selection ranges from lagers and sour ales to a hefeweizen and a hard seltzer.

Aslin produces mainly cans, but do quarterly and special-occasion bottle releases, such as Black Friday series of eight stouts aged in Pappy Van Winkle barrels for 16 months and then transferred to a secondary barrel for another year. 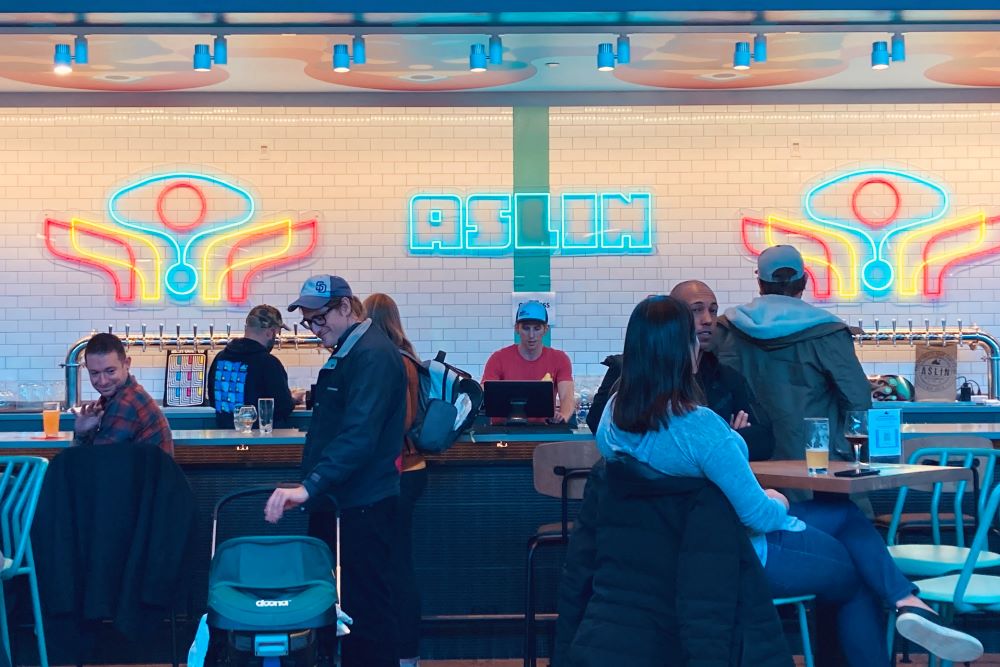 Last summer, Andrew and Kai opened a restaurant called IZZI right next to their Herndon, Va. taproom. As they prepared for launch in Pittsburgh, they consulted with Scratch & Co. in Troy Hill, but the food program was developed by Aslin’s chef Taylor Gates.

The menu features Fri-Chos, which are like nachos but with fries as the base instead of nachos. The Mexican Chili Fri-Chos, for instance, comes with Mexican chili gravy, fresh cheese curds, parsley and chives on top of the spuds.

You can also order shareable taco platters, fried corn nuggets and an array of burritos served with pico de gallo and lime.

How did this all begin? After meeting at the Aslin family’s Thanksgiving Dinner one year, Andrew and Kai realized they had a lot in common, including an interest in homebrewing.

In 2015, they joined forces and opened a to-go spot in a Herndon warehouse. People would line up around the block for their releases.

Two years later, the city of Alexandria offered Aslin a space for their first tasting room. When a second, larger building opened in Herndon they closed the original.

When beer fans from Allegheny County began popping up at their taprooms, they decided to shorten the journey.

Aslin Pittsburgh was born in 2017 when Andrew and Kai built a relationship with McCaffrey, owner of The Terminal.

“Pittsburgh has had a great craft beer scene for many years,” Andrew says. “We’ve partnered with some of the original breweries over the years and got a taste of that community early on.”

In addition to serving coffee, beer and food, the Aslin Wellness program will bring fun and healthy activities in the taproom by teaming up with local fitness instructors and small businesses. Game nights and concerts are also on the agenda. 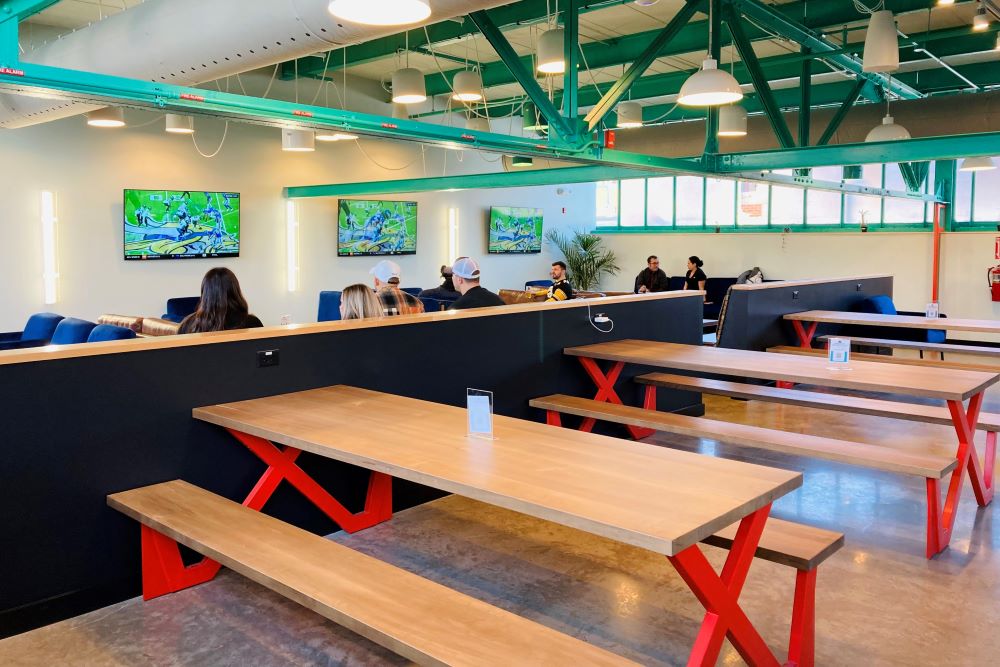 The company hosts a vendor market every winter called Snow Daze. Once the Pittsburgh staff gets settled in, the event will take place here, too. This week Aslin participated in Best Buddies’ TasteBuds event and started their Power Moves for GOOD program, which donates a percentage of proceeds from each flagship IPA purchased to an area nonprofit organization. The Women’s Center and Shelter of Greater Pittsburgh is the first local recipient.

“Aside from Aslin events,” Kai says, “we’re always looking for community partnerships and causes to get involved in.”