The 90-year-old grocery store will close in August after it was unable to find a buyer. 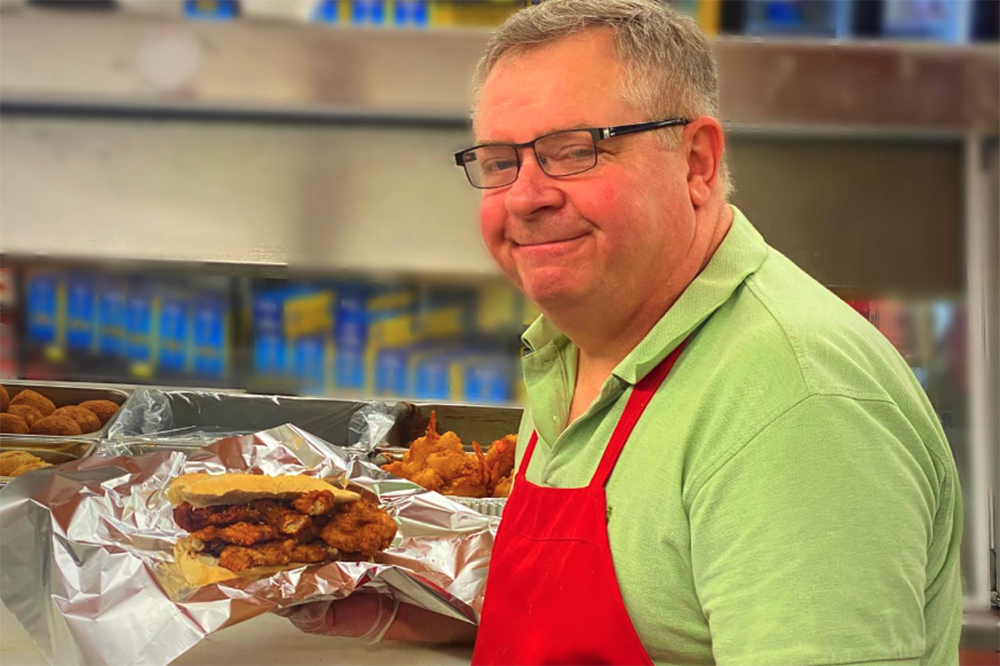 RUSSELL DONATELLI, PICTURED IN MARCH AT THE SHOP WITH A FISH SANDWICH | PHOTO VIA DONATELLI’S FACEBOOK PAGE

It’s the end of the road for a Bloomfield staple.

Donatelli’s Italian Food Center on Liberty Avenue has served the community of Pittsburgh’s “Little Italy” for almost a century, but the 90-year-old business is now slated to close in August.

Its owner, Russell Donatelli, said in November that he was looking for a new generation of workers to take over the shop and carry on the legacy that his family built there. His father, Paul, died in 2015, and his brother, Paul Jr., died the following year; without them, Russell had said the workload had grown unbearable — a problem exacerbated by the pandemic and the consequent labor shortage.

And so the search for a buyer began. But no one was biting.

“Unfortunately, we have been unable to find someone to buy our business and continue the tradition of serving the people of Bloomfield and greater Pittsburgh area our delicious homemade Italian food,” Donatelli wrote in a release on the shop’s website.

Therefore, he wrote, the shop will close in the coming weeks.

“We will still be making homemade pasta, raviolis, sausage and biscotti until we close the doors, which is anticipated to be sometime in August,” he continued.

There had been a few prospective buyers over the last few months, but ultimately no deals were made. There’s no word yet on who or what might move into the space once it’s gone, if anything.

In a neighborhood once densely populated by mom-and-pop grocers and family businesses, few Italian speciality shops are still hanging on. Donatelli’s was one of only a handful of original Italian-American businesses left in Bloomfield. For those still seeking Italian fare in the neighborhood, Merante’s, Linea Verde Green Market, Dan Cercone Barber Shop, Pleasure Bar and Bloomfield Groceria are still up and running.

The coronavirus pandemic wreaked havoc on small businesses and the food service industry, and so stores like Donatelli’s were hit by a double whammy.

The exact closing date has not been set yet, but the shelves are not being restocked. When the inventory is gone — probably within the next couple of weeks — that’ll mark the business’s formal end.

“On behalf of the Donatelli family and all our current and past employees, I would like to thank you for your support of our store over the years,” Donatelli said.