Café on the Corner’s Kitchen of Grace program in Marshall-Shadeland guides young people toward brighter futures. 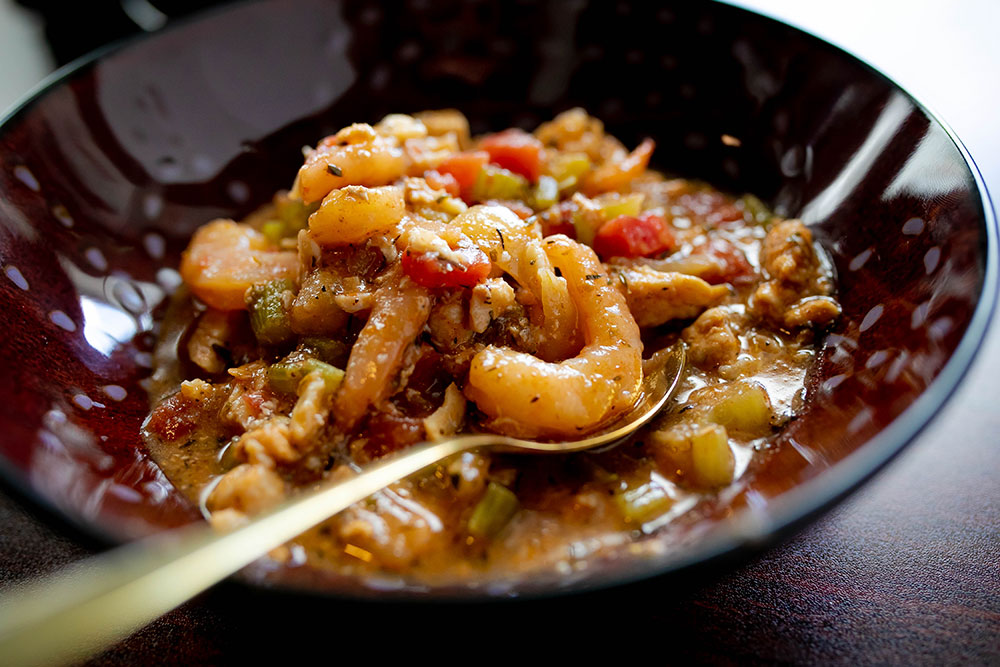 Michael Blackwell makes the best gumbo this side of The Big Easy.

There’s always a pot of seafood stew simmering at Café on the Corner, the North Side eatery he opened with his wife, Lateresa Blackwell, in 2014.

Folks from all walks of life stop by for soul food and fellowship. The Blackwells, who also live in the Marshall-Shadeland neighborhood, use the restaurant as a community hub and a catalyst for change.

Through the nonprofit Kitchen of Grace, they’re helping North Siders ages 16 to 24 better themselves by learning the ins and outs of the hospitality industry.

“We have choices; you can either choose to go down the path of destruction or you can choose to go down a path that leads to success,” says Lateresa Blackwell, who has a master’s degree in organizational leadership. 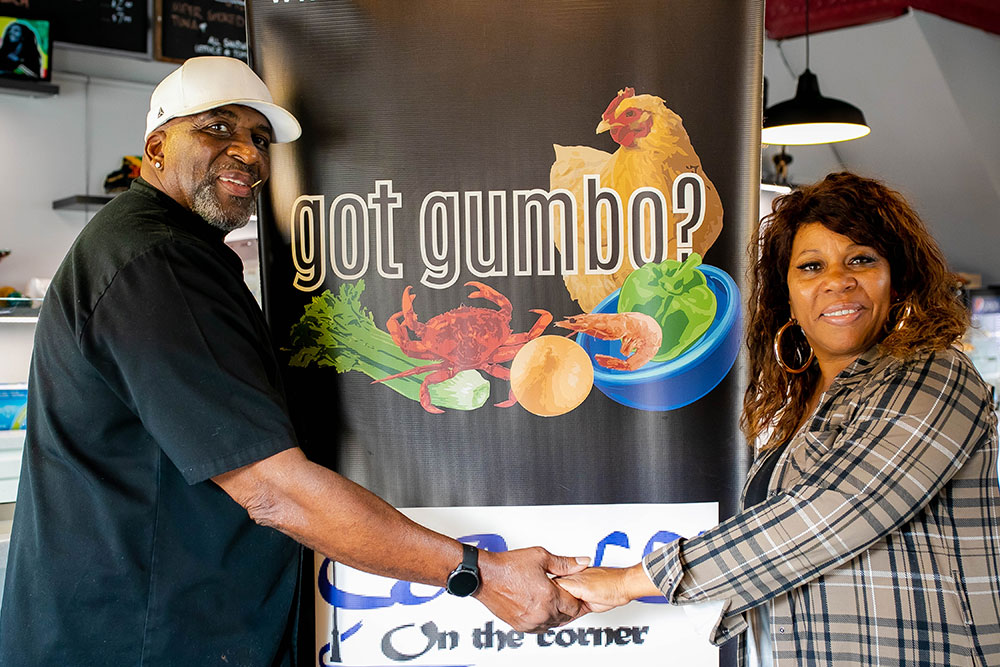 MICHAEL AND LATERESA BLACKWELL OWN CAFÉ ON THE CORNER

Kitchen of Grace started two years after the couple converted the Home Plate Bar, a longtime nuisance spot, into a lunch and dinner destination. From the large, front window, they saw rudderless teenagers roaming the streets in need of direction. They broke up fights, offered advice and fed a lot of latchkey kids. The Blackwells, who have six children of their own, soon became surrogate parents to the entire block.

Through a grant from The Buhl Foundation, they came up with bylaws, established and trained a board of directors, set up an online application and welcomed their first class into Kitchen of Grace.

The 16-week program teaches everything from catering, management and event planning to financial literacy, proper business attire and interview etiquette. Students, who can also earn their ServeSafe certification through the course, are given a $1,200 stipend, which they use to open their own bank account. The Blackwells keep tabs on participants for 18 months post-graduation, but most are bonded to them for life.

In addition to colorful mementos collected from their trips abroad, Café on the Corner boasts framed photos of students beaming at their graduation ceremonies.

Twenty-year-old Kitchen of Grace alumna, Brianna Kline-Costa considers the Blackwells family. Five years ago, after learning about the program through New Hope Church, she enrolled in the program with her best friend, Kianna Copeland.

Raised on the North Side by a hard-working waitress, Kline-Costa was naturally drawn to food service. Through Café on the Corner, she ended up getting a crash course in community engagement that led to a full-ride scholarship to Philadelphia’s Temple University, where she is a senior with a 3.99 GPA. 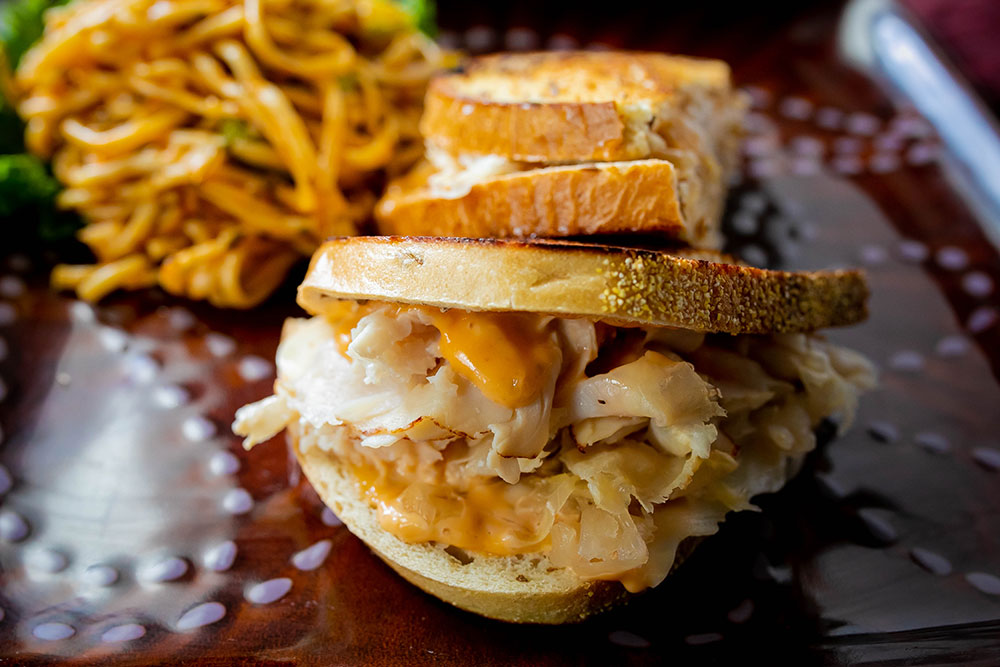 In addition to learning cooking basics from “Mr. Mike,” she wrote grant applications, organized events, designed and distributed posters and learned to handle all of the day-of details. She hosted a Truck-and-Treat Halloween activity and a holiday toy drive and taught music to underprivileged kids at the restaurant, which, for a time, had a piano on site.

The Blackwells rewarded her dedication with a trip to New Orleans. There, they visited Catalyst Kitchens, an organization similar to Kitchen of Grace, and tried the local gumbo.

“I remember joking when we came back that New Orleans was so much fun but none of the gumbo down there was as good as Mr. Mike’s,” the student says with a laugh.

Kline-Costa, a Mexican-American who lost her father at an early age, plans to attend graduate school at Carnegie Mellon University and eventually work in public policy with a focus on the immigrant community.

“When I was 15, I didn’t even think I was going to go to college,” she says. “My dad spent most of my life in prison. He died when I was 14 and that’s when I met ‘Miss T’ [Lateresa] and Mr. Mike. I was very lost and having a lot of trouble dealing with it. They just provided a lot of guidance.”

Michael Blackwell is all about paying it forward.

The Hill District native dropped out of school in the ninth grade. In the early 1970s, at age 17, he took a job as a pot washer at the Allegheny Club inside the former Three Rivers Stadium. Out of 200 employees, he was the only Black man on the payroll.

Management noticed his strong work ethic and selected him for a kitchen apprenticeship. After two years, he rose to executive chef and spent decades working in high-end clubs and restaurants throughout the country. He perfected his gumbo recipe along the way. 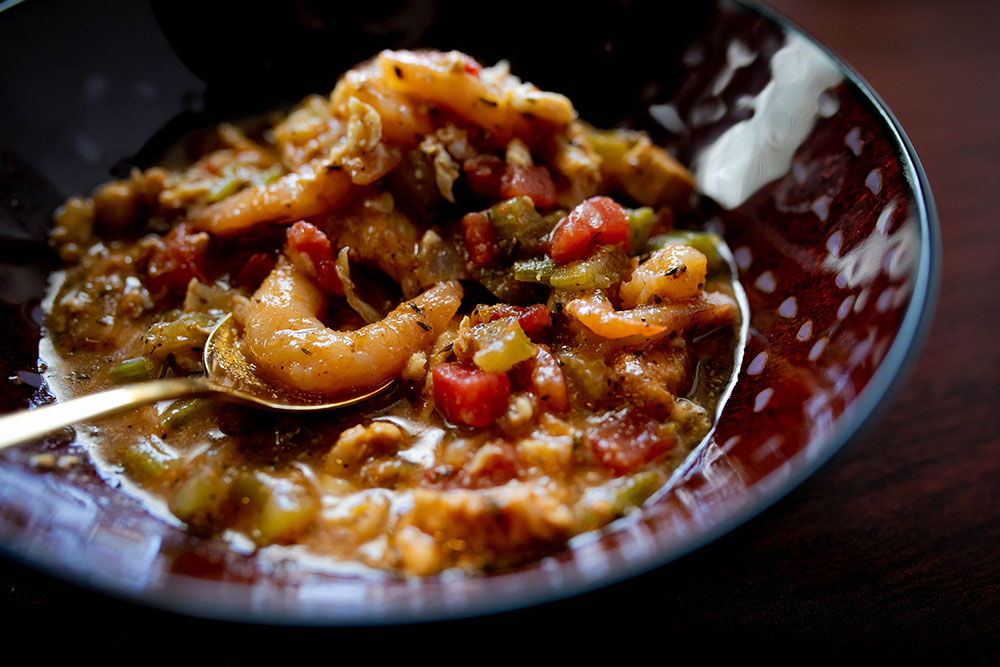 The hearty soup, which includes shrimp, crabmeat and chicken over rice with a side of cornbread, is advertised on the company vehicle as well as branded T-shirts, bowls and aprons, which are all on sale at the eatery.

The former watering hole was a notoriously rowdy place. The Blackwells, with assistance from former Pittsburgh City Councilmember Darlene Harris and Mascaro Construction, were able to purchase a three-car garage attached to the building, install kitchen equipment and brighten up the space.

Now, when you walk through the door, you’ll see cops and office workers rubbing elbows with teens, talking in between spoonfuls of gumbo.

Doug Philips, who lives a few blocks away, has been a loyal customer since Day One. He usually opts for a pint of gumbo and turkey Reuben. What keeps him coming back day after day? “The food and the great work they’re doing to build an anchor in the community,” he says.

Michael Blackwell’s cooking prowess combined with his wife’s background in education and management keeps Café on the Corner running like a well-oiled machine. From gourmet sandwiches and ribs to chicken wings and meatloaf, the menu is filled with hearty meals made with passion and perfection.

“Michael is an artist at what he does. He knows how to dance with it,” Lateresa Blackwell says. “He is such a perfectionist when it comes to food; I’ve never seen someone cook and everything comes out at the same time right down to the biscuits.”

Even during the pandemic, the Blackwells didn’t miss a beat. 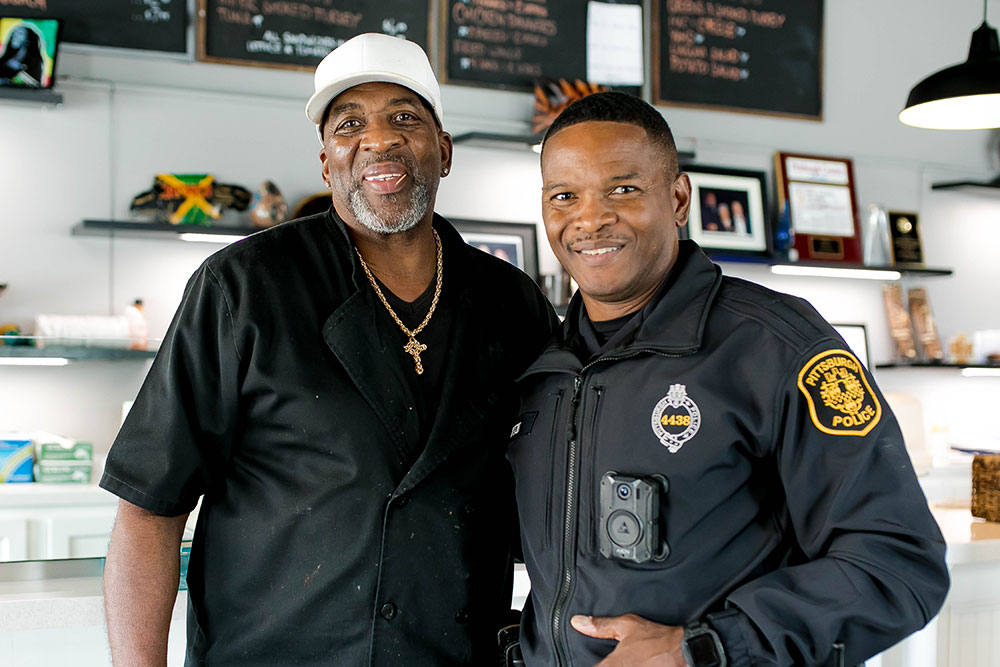 When COVID-19 brought dine-in service to a halt, the couple hired six community members who had lost their jobs and turned Café on the Corner into a food distribution center.

Each day they prepared and packaged more than 250 meals and delivered them to people in need, including residents of four senior high rises in the neighborhood. Over the next two years, dozens of Kitchen of Grace alumni came back to help, and local residents dropped by with gift cards, toiletries and other essential items to add to the boxed lunches, which included a sandwich, beverage, salad, chips and a cookie.

Other area business owners, including an electrician, offered free services, and a private donor put up $50,000 so the Blackwells could purchase a reliable delivery vehicle. The Good Samaritan even paid for a year’s worth of car insurance. 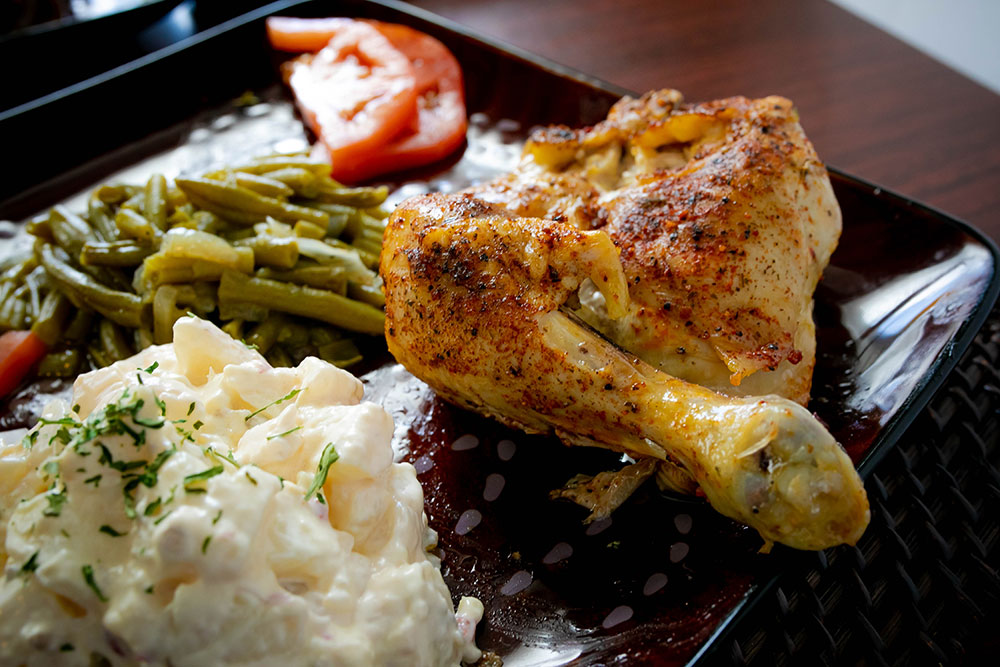 Café on the Corner is planning some other partnerships and projects in the next year, including the redevelopment of a Perrysville Avenue convenience store/gas station into a mixed-use center with child care services.“

This has been a community effort from the start,” says Lateresa Blackwell, a food equity ambassador for the Pittsburgh Food Policy Council. “People want to be a part of what we’re doing. When we come together as a community, we are stronger.”