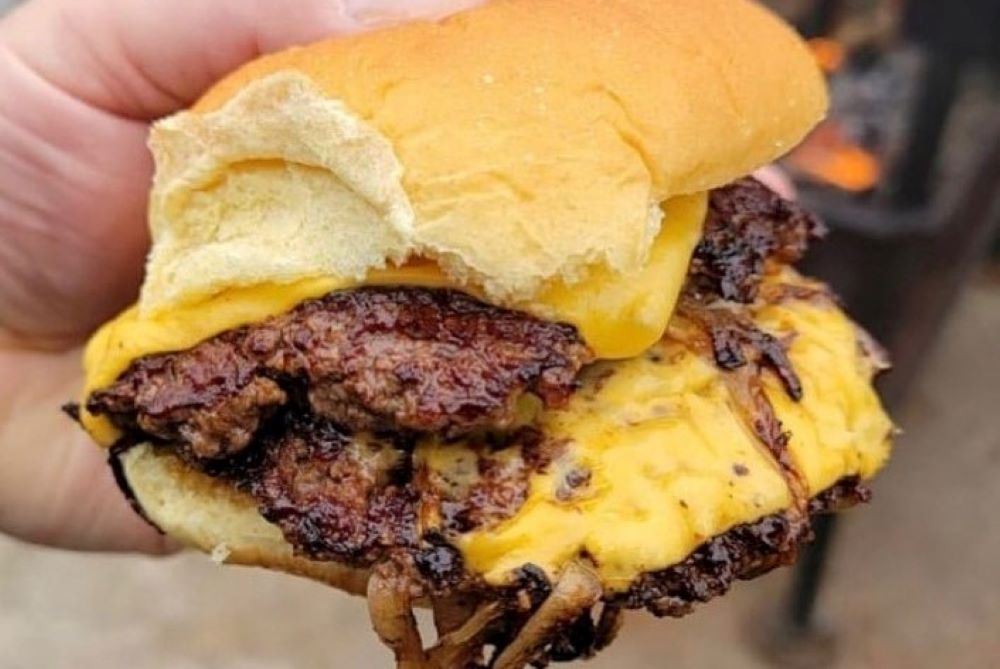 The Bridge City Brinery food truck is such a smashing success, the owners have decided to launch a second mobile eatery.

Folks attending Grist House Craft Brewery’s Fire Fest on Dec. 10 got an early taste of the new menu. In less than 6 hours, 250 burgers were sold.

The Oklahoma Onion was a fan favorite with its two beef patties, caramelized onions, American cheese and mayo on a Martin’s Famous Potato Roll. The Situation, also a double-patty served on a bun baked in Chambersburg, Pa., is topped with tomato basil jam and smoked provolone.

Mammone and Bardakos, who make their own fermented bread for the Brinery truck, say the Martin’s brand is ideal for smash burgers, but their vegan option, The Le’Burgh, features two thick slices of Brinery bread loaded with a roasted mushroom patty, spring onion mayo and pickled red onion. Add a side of fries to your order and you’ve got a new twist on an all-American meal.

The pair might attempt to make their own potato rolls at their kitchen facility in Etna, which will eventually offer take-out eats from both menus. Customers can expect more off-the-wall creations, like The Graceland, which earned a spot on my “9 Stellar Sandwiches” list. Haven’t had a Brinery bite yet? The original truck will be parked outside of Old Thunder Brewing Company on Dec. 30 from noon to 10 p.m. to celebrate the beer-maker’s second anniversary in Blawnox.

During the pandemic, the chefs used their down time to experiment with fermenting pickles, a hobby Mammone had picked up a few years prior.

Instead of soaking the Kirby cucumbers in vinegar, the veggies spend eight days in an old-fashioned, homemade brine of fresh dill, onion and garlic. Their Smithfield Sour Dill Pickles, which are available exclusively at Pennsylvania Macaroni Co. in the Strip District, were such a hit, Mammone and Bardakos started putting them on sandwiches.

It was then they realized they had a ready-made food truck concept.

Fans of Bridge City are a little concerned that having two trucks means the dynamic duo will be split up.

“We work really well off of each other,” Bardakos says, “but we also have somebody we can trust wholeheartedly with the other truck. Besides, we are funny and charming on our own.”