The award-winning distillery adds a tasting room, restaurant and bottle shop to its Strip District space. 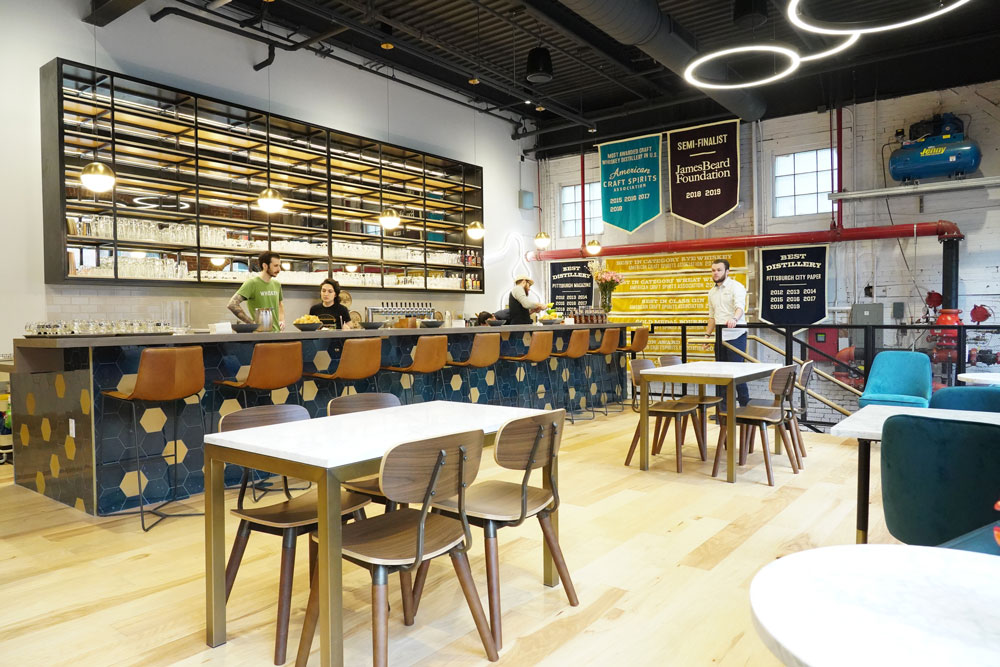 When Wigle Whiskey opened in the Strip District in 2011, it was the first licensed distillery in the City of Pittsburgh since Prohibition. In the following years, the Meyer-Grelli family has worked to reform Pennsylvania liquor laws, opened two large Spring Garden locations — a barrelhouse and Threadbare Cider and Mead — as well as tasting rooms Downtown, at Ross Park Mall and the airport. They’ve also earned a couple of James Beard Award semifinalist nods for Outstanding Wine, Beer, or Spirits Professional.

Now, Wigle is set to grow again, this time at its original location, more than doubling the space to include a new restaurant, tasting room, bottle shop, event space and mini-museum. It opens on Friday.

“We were part of the first wave of craft distilleries in the country. This is the next wave of craft distilling. It’s still producing full-bodied, bursting-with-flavor regional spirits. But, it’s providing a layered experience as well. It’s a beautiful environment. It’s amazing food that pairs well with the spirits. It’s pieces that tell a regional story,” says Meredith Meyer Grelli. 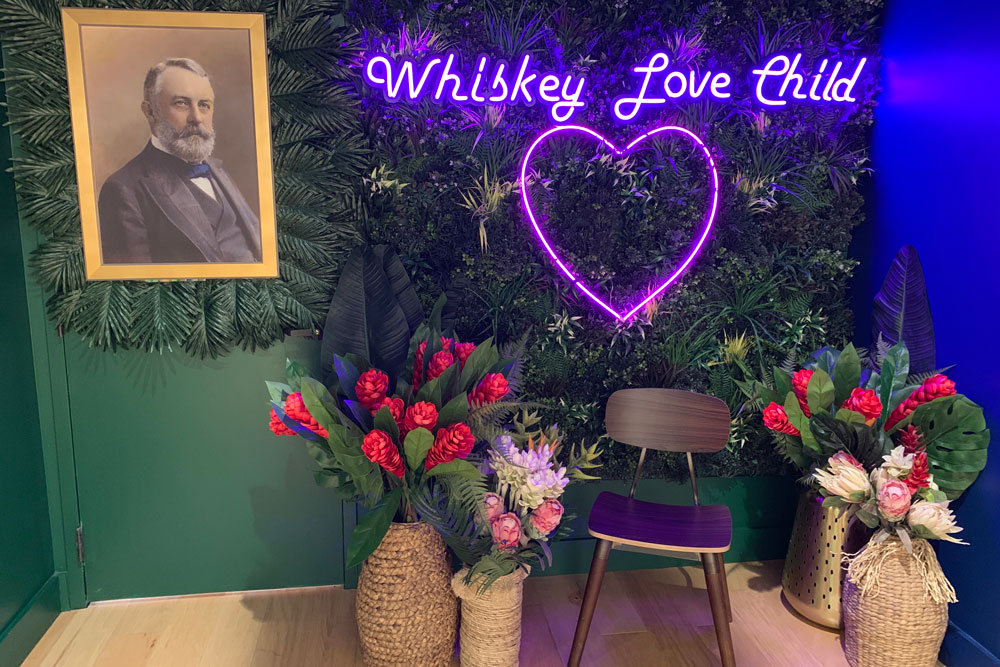 The expansive space features bright and breezy design, with small touches such as hexagonal tiles that call back to honeycombs (Wigle is one of the region’s top supporters of local agriculture, which includes purchasing honey for some of its spirits), Instagrammable spots (such as a “Whiskey Love Child” nook) that also offer history lessons, as well as more overt history such as a wall peppered with bullet points featuring 200 years of whiskey production in Western Pa.

“It’s not a museum in any traditional sense. People get all these interactive snippets of history. Our ideas of how we wanted to engage people in history has evolved so much since we first envisioned this,” says Grelli, noting that people who wish to fully immerse themselves in the importance of the region to the history of American whiskey can still take the hour-long tour in the original distillery.

Dan Okren, formerly of Eleven and Superior Motors, runs the kitchen; it’s located in the building’s “Mellon Pharmacy,” a nod to the Pittsburgh-born, Prohibition-era Secretary of the Treasury. Mellon also had a stake in the Overholt Distillery and granted a subsidiary of the distillery a license to distill medicinal whiskey that allowed it to continue to sell alcohol. 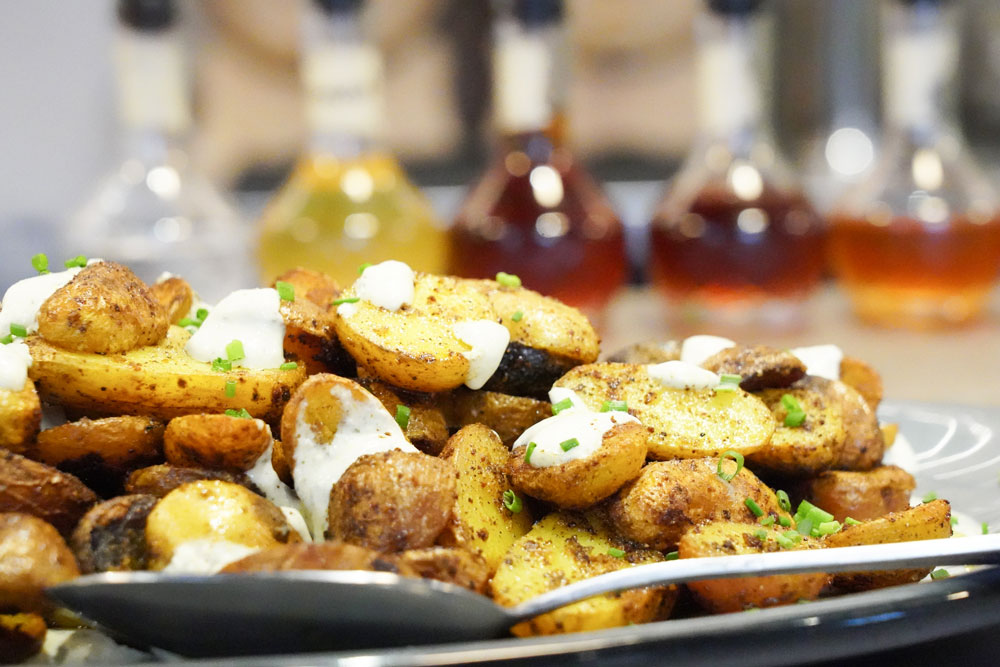 Okren says he plans a slow roll-out of the menu, which will start with dishes such as bourbon-honey snap peas, curried potatoes and beer-battered fish and chips. Over the course of the next year, he hopes to scale up to as many as 16 items.

Adam Santichen moved to Pittsburgh from Johnstown to run the bar program, which is the most ambitious of all Wigle’s locations. The menu includes 15 cocktails, all made with Wigle spirits, as well as tasting flights and straight pours. A selection of Threadbare Cider and Pennsylvania beer also is available. The bar is attached to a bottle shop, where bottles from Wigle’s extensive product line can be purchased.

“Our distillery is such an homage to history that we wanted to have fun, modern takes on historical cocktails that mimic what we do here with production,” Santichen says.