Wieners On The Water, A Floating Hot Dog Shop, Hits The Three Rivers 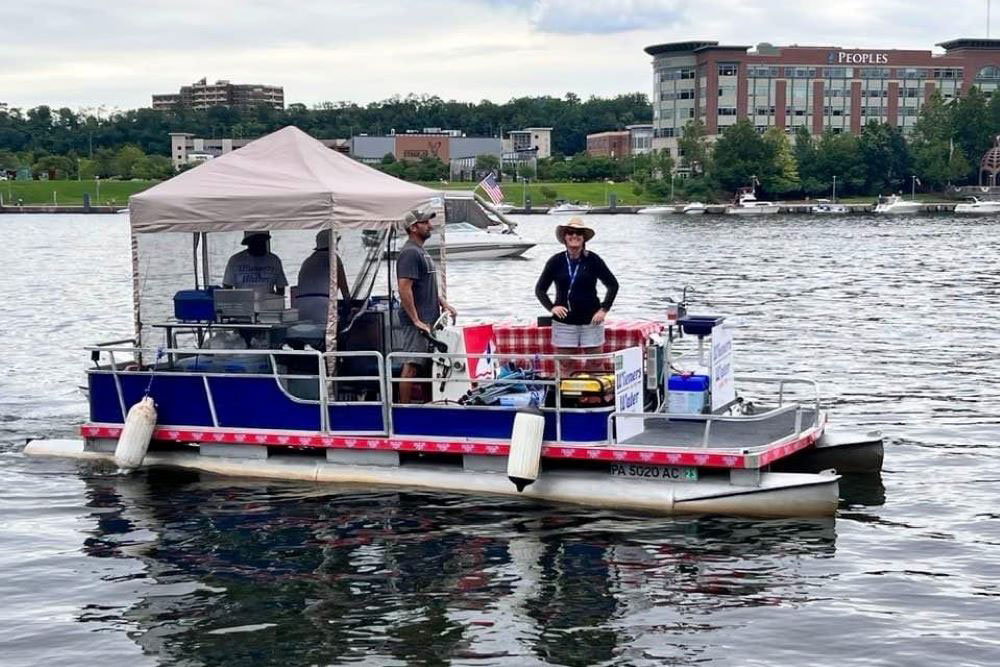 PHOTOS PROVIDED BY WIENERS ON THE WATER

Let’s be frank: The lives of Cara Kelly and Jason Eichas have gone to the dogs.

On weekends from Memorial Day through September, the pair tool around the Point in their 24-foot pontoon boat selling footlongs (look for the cartoon Dachshund on the steering column). The vessel is equipped with a flat-top grill, cold storage for fresh toppings, pop and water and WOW merchandise, including T-shirts and koozies. 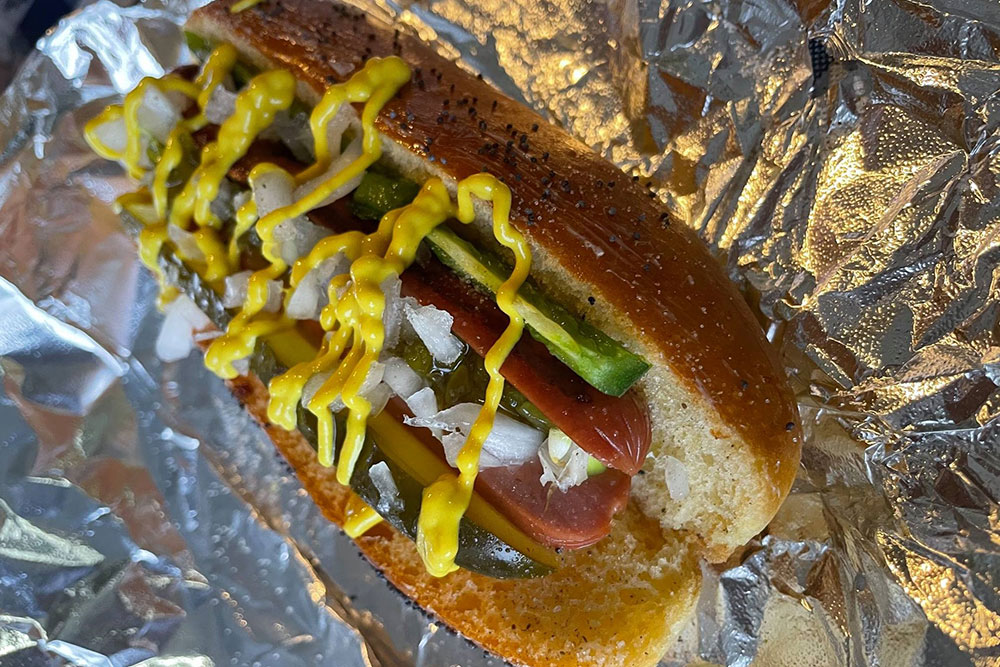 Fellow sailors and kayakers can wave down WOW and choose from five weenies made with pre-cooked, all-beef, quarter-pound Nathan’s Famous Hot Dogs and pay with cash, credit card, Venmo or PayPal. The core offerings, which range in price from $5 to $8, include:

Kelly and Eichas, who serendipitously are both from Rochester, New York, and settled with their respective families in Hampton, were half-joking when they came up with the idea for WOW in 2020. As the initial chuckles subsided, they realized they’d be filling a void (and bellies) in the boating community and making extra money during the pandemic.

With a business plan in place, they hauled their buns to the Allegheny County Health Department. After years of rough seas and red tape, they finally cut the mustard. 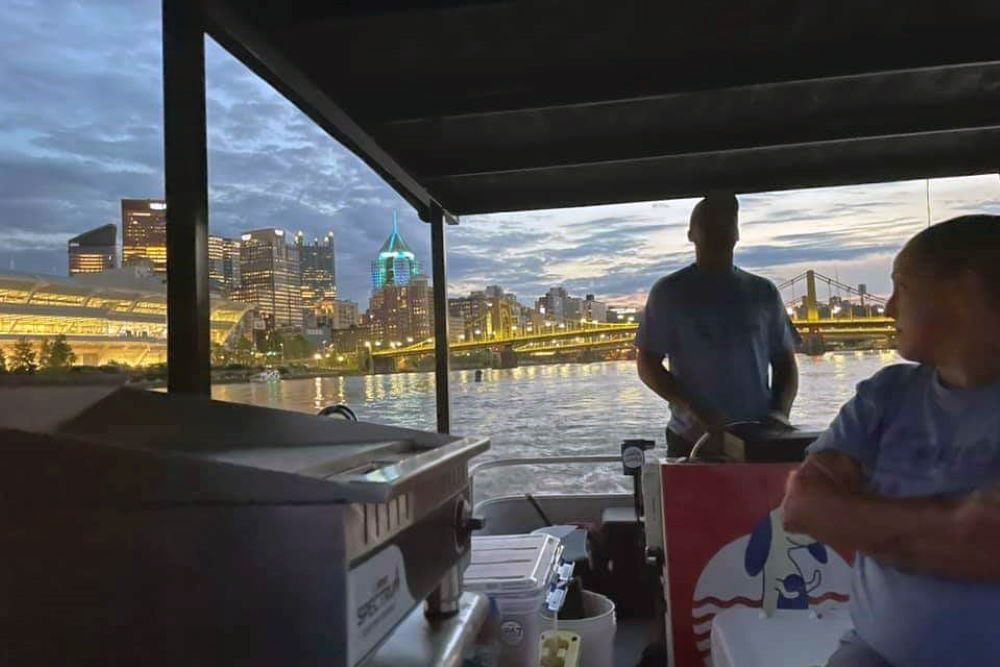 People are relishing the new addition to the water, which made its official debut on Aug. 14. Before they set out on their three-hour tour, they packed approximately 120 hot dogs and catered to boats anchored near PNC Park during the Metallica concert. They were, essentially, “Master of Pups.”

“We were sold out in two hours,” says Kelly, whose husband, Jason, captains WOW. “There’s something special about being out there on the river.”

Prior to their maiden voyage, the owners — who both have full-time jobs outside of the floating frankfurter stand — set up their grill at charitable pop-up events, giving landlubbers a few bites of happiness during the doldrums of the pandemic.

In the future, they hope to expand their menu and keep a kayak on board to make paddle-powered deliveries to hungry customers on the shore. Kelly and Eichas also take requests from local marinas to dock their boat and dispense dogs. They would love to partner with other floating businesses such as the Pittsburgh Pirate Ship and Cruisin’ Tikis.