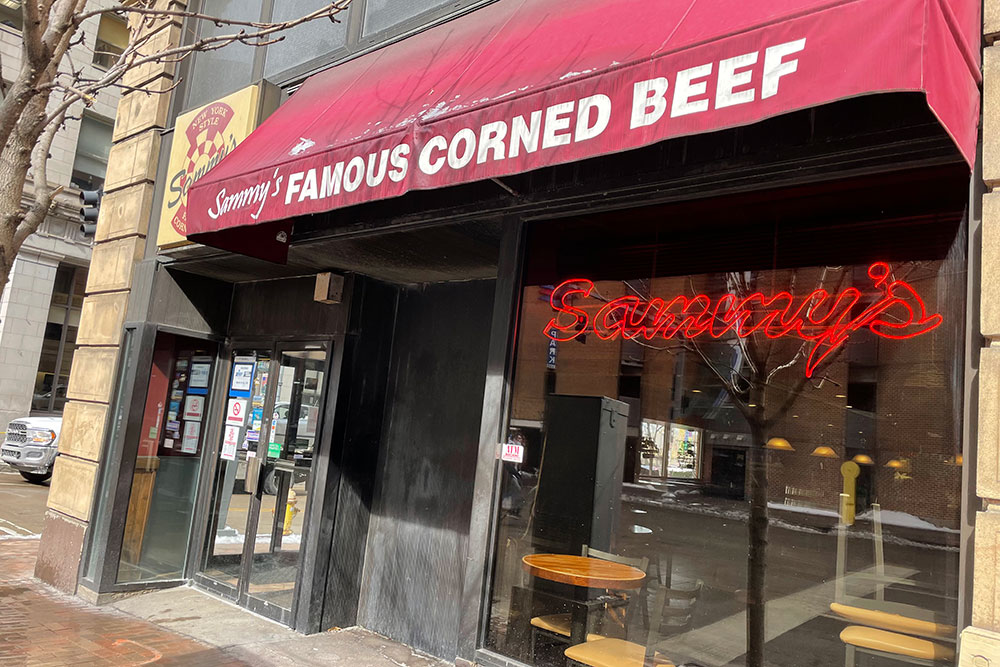 Sammy’s Famous Corned Beef has served customers at the corner of Liberty and Ninth streets Downtown since 1987. On a normal day, the popular lunch counter and bar draws a diverse group of diners — older folks, younger folks, business professionals from the surrounding skyscrapers and creatives from Arcade Comedy Theater and other Cultural District locales.

But on Monday, Sammy’s drew a revolving door of tearful regulars stopping in to bid the shop adieu. The eatery announced this week that it will close for good on March 25.

“It’s surreal. It’s like a dream,” says Michelle Novick, who has worked at Sammy’s for almost 13 years. She started as a “pop handler” at the Sammy’s across from the courthouse — one of several locations throughout the city that has since closed. Now, she is the manager of the Liberty Avenue locale, the original and last remaining branch.

She and the rest of the staff learned about the impending closure on Saturday.

“I started crying,” Novick says. “I was not expecting it.”

Owner Sam Firman called the decision to close the shop “bittersweet,” adding that the things he’ll miss most are the people — his staff and his regulars — and the sense of familial camaraderie they shared. 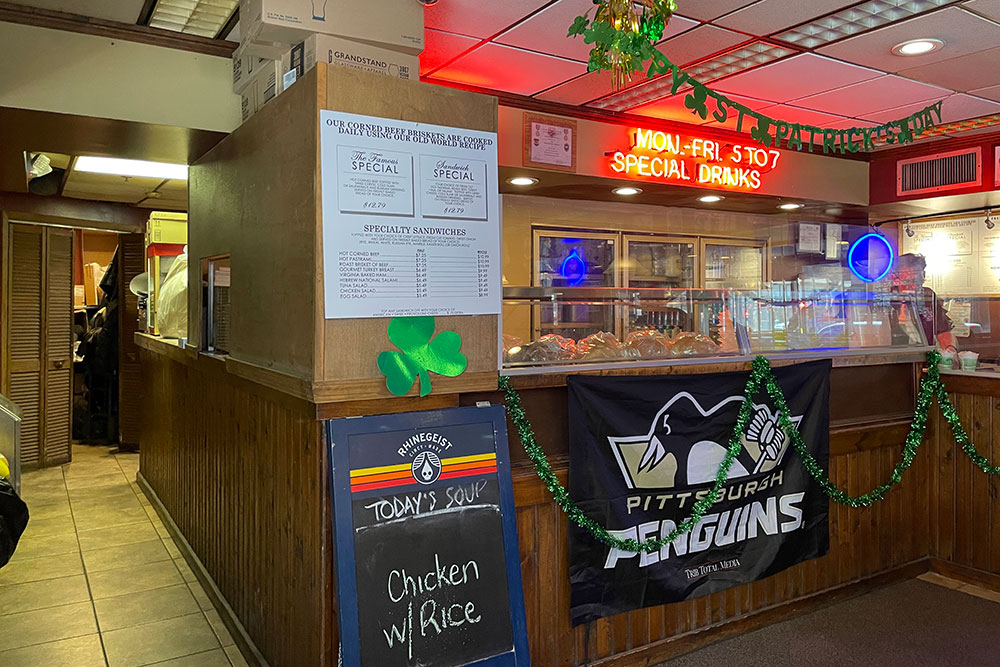 “The lease is up. I’m getting older, and I’m ready for a new phase of my life,” he says. “We’re closing on a good note. I was blessed to have had this experience.”

Much of the staff has been around for decades, including Novick and Bubba White, a recognizable bartender. Firman says White was there to help move furniture into the shop on the day Sammy’s opened.

Firman adds that the COVID-19 pandemic, while certainly not the only reason for the shop’s closure, played a part. The pandemic, he says, has played a part in almost everything for the last two years.

According to Novick, the shop has faced the same difficulties that have forced many other restaurants out of business: staffing shortages and related challenges brought on by the uncertain days of pandemic life. A continued lack of social life Downtown, she says, has made business tough.

“Downtown ain’t the same like it used to be. We’re still not booming,” Novick says. “I see a lot of businesses down here shut down. It’s very sad. We’ve been around for 35 years and now we’re closing our doors? I never would’ve thought that would happen.”

Other losses include Lawrenceville’s Franktuary, which closed earlier this year; the original Pamela’s Diner in Squirrel Hill; and the Eat ‘n Park branch along Murray Avenue. All cited the same concerns — supply chain issues, inflation, pandemic-era restrictions and staffing issues.

For the surrounding community, Novick says Sammy’s was more than just a lunch counter — it was a staple. Fans of the restaurant left genuine messages on the restaurant’s Facebook page, which announced the impending closure. One comment read, “You will be missed! You have been my favorite spot for so many years.” Others reminisced about memories made at the shop; others bid good luck to the staff and ownership.

Offline, Novick says folks have been coming in throughout the day to express their condolences and mourn a loss through hugs aplenty. Novick pauses to hug a regular named Chuck.

She says that Sammy’s wasn’t just another job to her; it was a career. 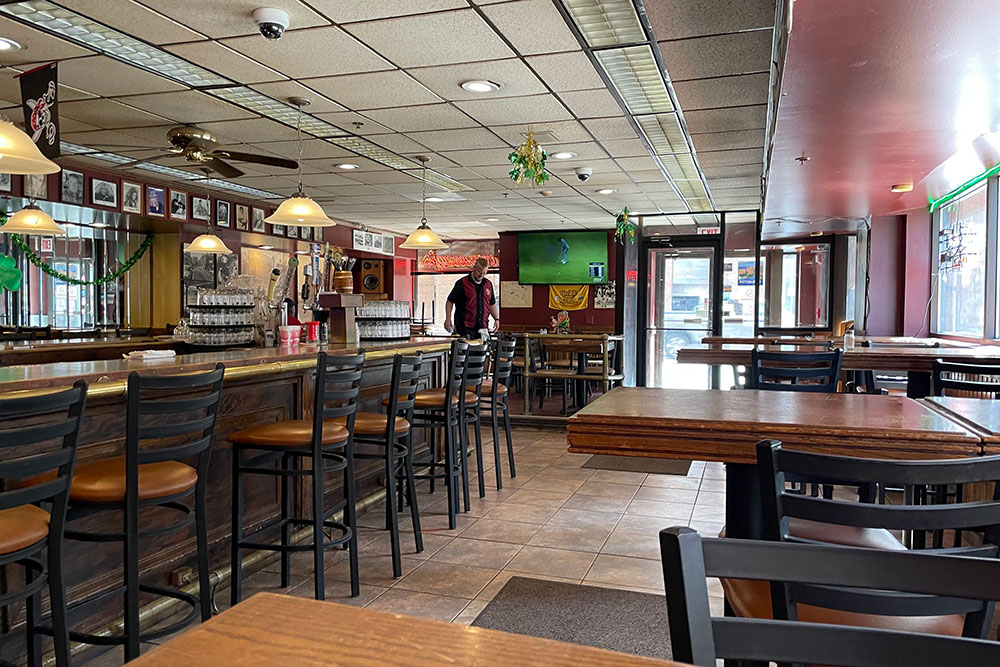 “I had very big responsibilities. I had to make sure nothing goes out and makes people sick. I get phone calls talking about, ‘Michelle, what’s your soup today?’ I’m going to miss that terribly,” she says. “To know that people depended on me and that I made people feel good, and that I filled their bellies, that’s big for me. I felt important. I felt needed.”

Novick isn’t sure what she’s going to do next, but she’s optimistic.

“One door closes, maybe another door will open,” she says.

As for Sammy himself?

“We’ll see,” Firman says. An avid motorcyclist, he might go on a bike trip once the restaurant’s affairs are settled. And from there, only time will tell.

But in the meantime, he expressed his gratitude for all the folks who had helped Sammy’s thrive for the last three-and-a-half decades.

“I want to tell the people of Pittsburgh ‘thank you,’” he says. “I was so fortunate with the people coming in and the people I had the opportunity to work with. Thank you.”