The William Penn Tavern will move into Franktuary’s old storefront this summer. 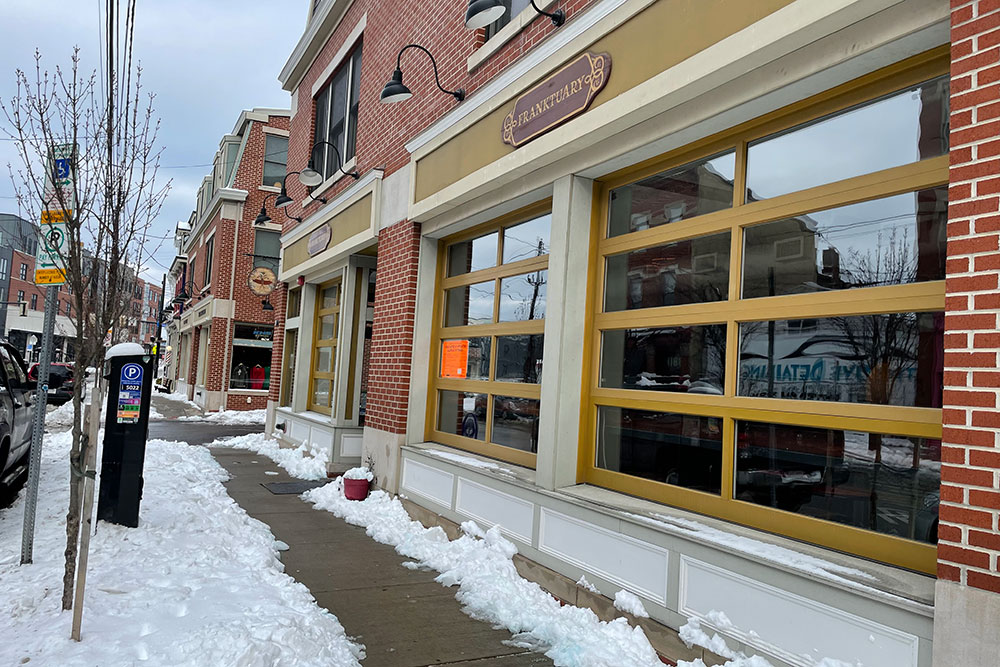 After 18 years in the local hot dog business, Franktuary in Lawrenceville is closing for good.

Tim Tobitsch, founder and owner, says the last few years have been difficult, even with the help of Paycheck Protection Program loans and a loyal customer base.

“This pandemic keeps coming,” he says. “This is just not what you dream of when you open a restaurant.”

Tobitsch doesn’t have a firm closing date, but when he does, he’ll post notice on Franktuary’s website and social media.

Tobitsch says he still plans on operating the food truck after Franktuary closes, at least for a little while.

The pandemic has done many things, he says, including changing the restaurant’s role in the community.

“I get that there’s a pandemic, so I don’t blame people for not coming in, but part of why I wanted to get into the restaurant world was because of the social hub it can be,” he says. He mentions the so-called “third space,” a space that isn’t home (the first space) or work (the second space) where people can gather and socialize comfortably.

“Running something that creates that is very appealing to me, and I don’t think it’s gone forever, but it is a lot harder to do that now than it was 2½ years ago,” he says.

Tobitsch also points to the surge in the popularity of delivery apps, which have impacted all restaurants since the early days of the pandemic. He says these apps take a significant fee from the restaurant’s bottom line — about 30%, give or take.

“This is an industry where you’re doing well if you’re profiting 10 cents on every dollar you put into it, so a 30% hit really maybe isn’t a death blow, but it requires a serious shift in restructuring what you’re doing, and I don’t know that I can do that in this space,” he says. “I don’t know that I’m eager to jump back into trying to do that in another space.”

He cites the struggles that pivoting to delivery and takeout pose as the main reason he’s closing up shop. While he has had mostly positive experiences with delivery drivers, he says his food was always designed to be eaten in-house.

“For the most part, these delivery drivers are friendly and nice. But sometimes food just sits — and it’s out of your control — for 30 minutes on the counter,” he says. “Potentially, people are eating my food that’s maybe an hour old,” he adds. “I really don’t like the idea of that and being judged on that.” 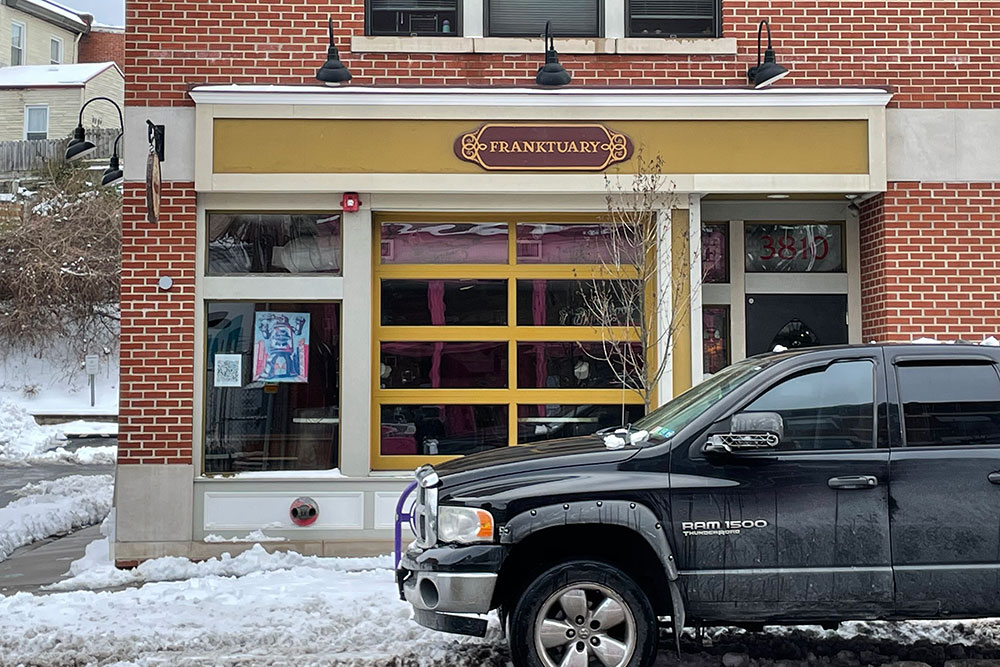 A longtime dream
The plans for Franktuary — originally called Hot Dogma, until a lawsuit from a Florida-based Dogma Grill forced a name change — were born in a house on the South Side’s Jane Street back in 2004. Tobitsch, a New Jersey expat, came to Pennsylvania for college in Grove City and stayed for the hockey scene in Pittsburgh.

He had dreamed about owning a restaurant since he was 5, and found that his New Jersey hot dogs, cooked in his dorm on a George Foreman grill, were a hot-ticket item around his college campus.

By his senior year, Tobitsch was bringing about 50 large packs of hot dogs to college and hosting barbecues. No matter who attended, the reaction was always the same.

“People were saying, ‘I never knew a hot dog could be this good,’” he says.

Franktuary moved from its original home in the back of Downtown’s Trinity Cathedral into the Butler Street location in January 2013. In the years in between, the restaurant purchased a food truck, making it one of the first mobile eateries in the area.

“I don’t want to jump into anything,” he says. “I can’t just not work forever, but I think I might have a healthier perspective, if I want to stay in this industry or get back to it, if I can have a little bit of space between the end of this and the beginning of whatever comes next.”

Tavern coming in June, adding outdoor space
The end of Franktuary will be a new beginning for the William Penn Tavern, which will be moving into the space from its Shadyside location this summer.

Richard Rattner, owner of the tavern, says Lawrenceville is a location that just makes sense.

“After 20 years, our landlord has decided not to renew our lease, so we had the opportunity in the last year to look around at all the neighborhoods in Pittsburgh and we felt that Lawrenceville would be a good fit for us because it takes us back to our roots,” he says. “It’s what Shadyside was when we first started up, before it over-gentrified.”

He met Tobitsch, and the two came to an agreement: Rattner would purchase his assets and liquor license and move the William Penn Tavern into 3810 Butler St.

While most of Rattner’s decision to move his restaurant across town boiled down to the landlord and the lease, COVID hasn’t made things easy for him, either.

“The biggest problem we’re seeing is that it’s a whole new economy,” he explains. “The price of liquor, the price of beer, everything has gone up except for the price of goods sold.”

He pulled the William Penn Tavern off of delivery apps at the start of the year, citing the same concern as Tobitsch: detrimentally high fees.

Rattner says the plan is for the William Penn Tavern to stay open in Shadyside until the end of May to bid adieu to graduating Carnegie Mellon University students, who have been loyal customers. And then a day later on June 1, they’ll open up the Lawrenceville location for a smooth transition.

“Our signature is red walls and bobbleheads and TVs, so hopefully when people go walking into the new place, they’ll feel like they’re in the old place,” he says.

He also plans to modify the outdoor space behind the facility for outdoor dining, something he says is essential amid the pandemic.

As for Tobitsch, the ending is bittersweet.

“I’m looking forward to a break. It’s nobody’s fault,” he says. “I’m definitely going to miss being part of the community, I’m going to miss some of the people I work with.”

He hopes to work remotely and travel more with his wife, a flight attendant. People have also told him he should write a book telling the tale of Franktuary’s early days — including the full-fledged funeral the staff had for the old name, laying a hot dog costume to rest while a cello quartet played in the sanctuary of the cathedral. But what he’s most looking forward to is rest.

“It’s going to be really nice to one day wake up and realize no one is going to call me,” he says. “I’m looking forward to that feeling.”