The Murray Avenue diner will close after 45 years, marking the second shuttered eatery on the block. 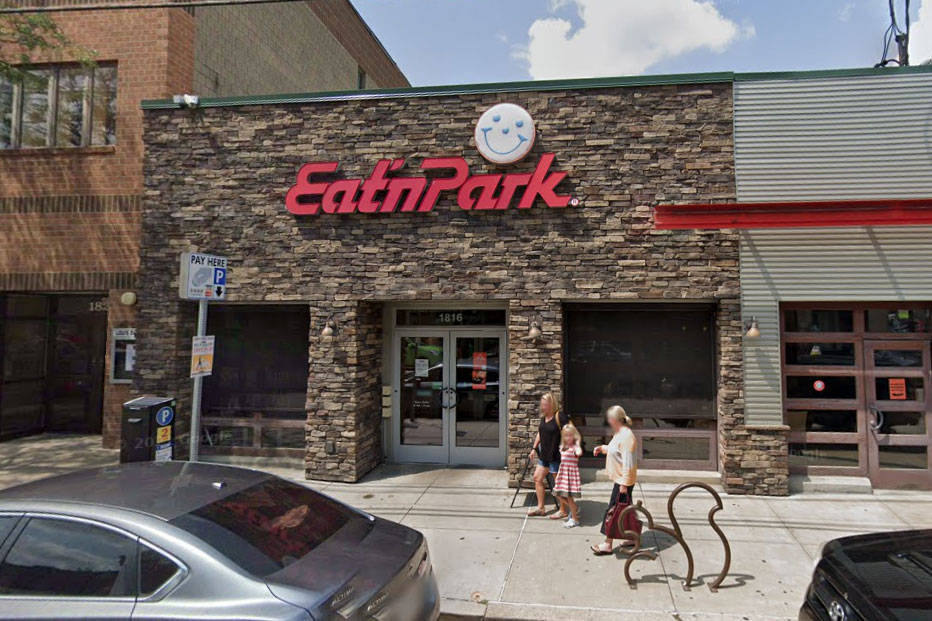 It’s lights out for another staple of the Squirrel Hill restaurant scene.

Eat‘n Park announced that it will permanently close its Murray Avenue location on Jan. 24, making it the second eatery on the block to shut its doors in recent weeks. Pamela’s Diner shuttered its original Murray Avenue location at the end of December, citing pandemic-era shortages and the loss of several longtime employees — two of whom died (not from COVID), while others retired.

Both diners, only about a two-minute walk from each other, have been around for more than four decades.

“We are grateful to our team members for creating smiles for our friends and neighbors in the Squirrel Hill community for the past 45 years,” Eat’n Park spokesperson Courtney Caprara said in a statement.

She added that the restaurant’s staff will be offered continuous employment with the company, and thanked the neighborhood for its years of patronage.

“To our guests in the Squirrel Hill community — whether you started your day with us, ended your evening with us, or visited anytime in between, we are grateful you chose Eat’n Park,” she said.

No immediate reason was given for the closure, but the announcement comes amid another wave of pandemic-era losses. Since the start of the pandemic in March 2020, the city has lost The Original Hot Dog Shop, fondly called The O, in Oakland; Alexander’s Italian Bistro in Bloomfield; The Carlton Restaurant in Downtown;  NOLA on the Square in Downtown; and many more — some of which had been around for decades and had managed to stay afloat despite weathering other challenges.

After what the Homestead-based Eat‘n Park group called the “difficult decision” to close the Murray Avenue restaurant, there will be 10 remaining Eat‘n Park locations peppered around the city and its suburbs. There are 50 throughout the commonwealth, with a few outposts in Ohio and West Virginia, too.

The first Eat‘n Park opened on Saw Mill Run Boulevard in the summer of 1949. True to its name, carhops would come and serve guests right in their parked cars — a concept that was new to the region at the time. It wasn’t until a few years later that Eat‘n Park would open its first dining room in 1955, though it would still offer carhop service for another 16 years