Where We’re Eating in October: Mola and Two Sisters Vietnamese

The two international restaurants in East Liberty, both less than a year old, have caught my attention. 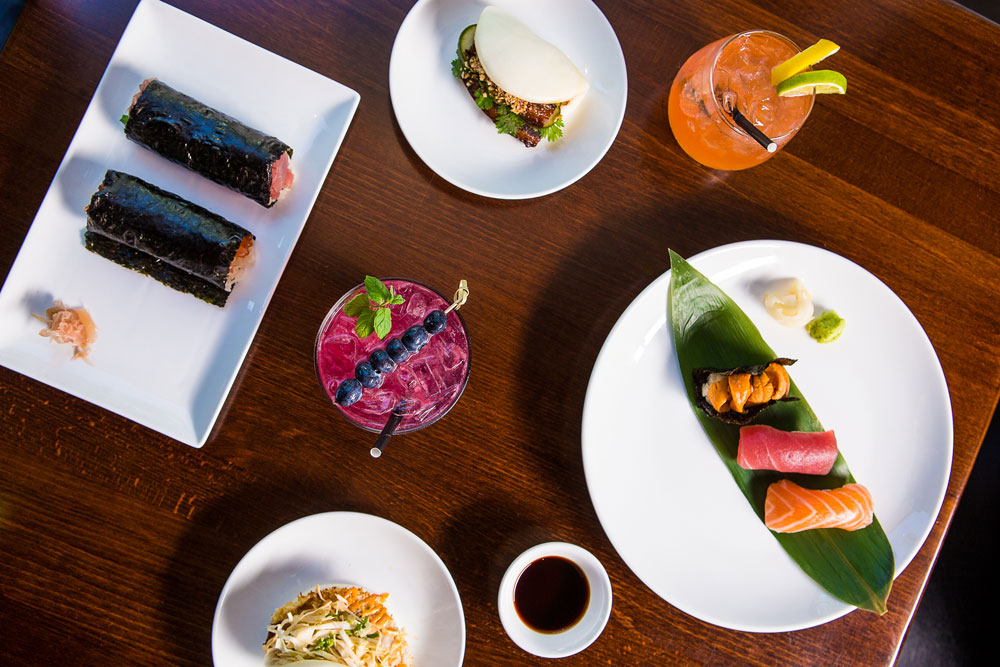 MOLA
Alex Tang understands why the world’s best sushi chefs focus on rice. “You have to do that right before you talk about any other technique or ingredient. If you can’t do rice right, don’t even bother making sushi,” he says.

At Mola, the fish-forward restaurant he opened on Penn Avenue with his wife, Mimi Lee, at the end of 2018, Koshihikari rice is cooked al dente and delicately seasoned with salt and aged vinegar. It’s served, as it should be, at body temperature, which provides the ideal amount of heat — warming raw fish enough to highlight the delicate flavor and texture of each species. I appreciate Tang’s attention to detail in slicing the fish, as well as the quality of the nori he uses in the restaurant’s hand rolls. On top of that, he’s seasoning the fish with ingredients such as barrel-aged soy sauce, naturally fermented vinegar and real wasabi. All of this makes for bites of nigiri a step up from what you’ll find elsewhere in the city.

Tang purchases his fish from Samuels and Son Seafood, as well as from a buyer at the renowned Fulton Fish Market in the Bronx with whom he has had a 17-year relationship. Tang updates Mola’s seasonal selections weekly. “I can get whatever is out there, and I can get it quickly,” he says.

Tang was born in Taiwan and immigrated to the United States when he was 14. He spent the early part of his career in New York, working as a chef at establishments such as ’Cesca and Accademia Di Vino, where he oversaw the seafood programs, and Mainland, where he was responsible for preparing the restaurant’s celebrated Peking ducks. Tang moved to Pittsburgh in 2009 to help his uncle, Jimmy Wan, open his eponymous restaurants.

With Mola, Tang’s goal is to keep the quality of ingredients high but the prices, which with sushi can be jaw-dropping, relatively affordable. To that end, he’s looking to establishments such as SUGARFISH, the budget-friendly New York and Los Angeles spin-off of Sushi Nozawa, for inspiration. “I’m not looking to do the best sushi. That’s impossible. But I respect the ingredients and I respect the simplicity of what great sushi should taste like,” Tang says.

There are other treats, too. Hikiki salad is a bright and umami-rich seaweed dish. Rice bowls such as Berkshire pork shoulder and hot and spicy chicken are excellent choices for those who aren’t fish obsessed. And a selection or two from the small list of bao and dumplings are worth making a part of most meals, too — Tang employs a dumpling specialist, and he says there is a real possibility of a weekend dim sum menu in the future. Look for an expanded autumn menu, too, which might include a few fusion dishes such as braised short ribs with pappardelle and a reduced braising liquid. 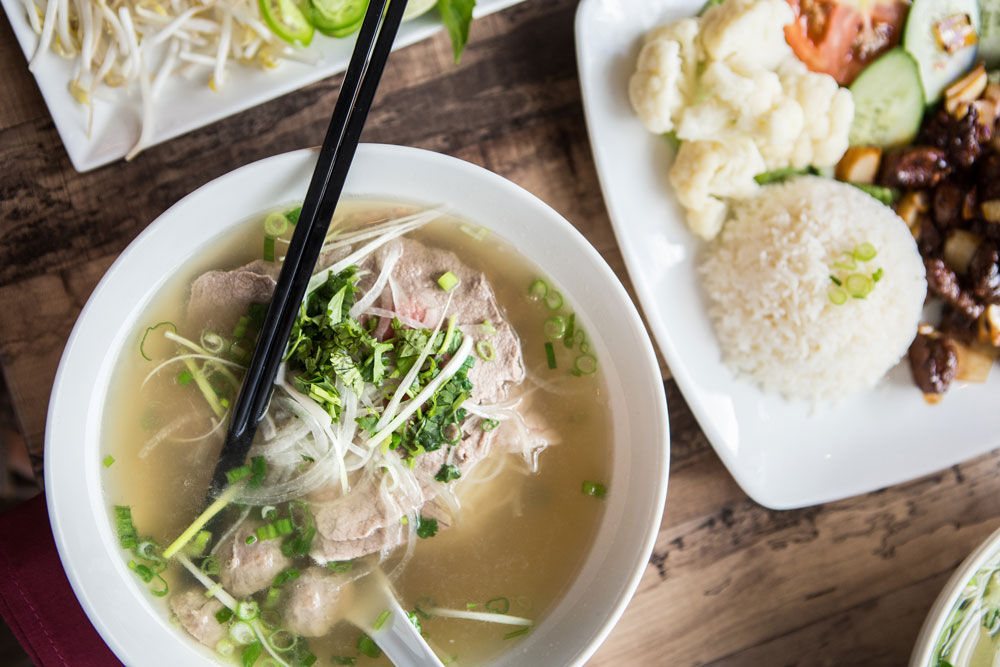 TWO SISTERS VIETNAMESE
As the weather starts to take a turn toward the chilly, I’m beginning to crave soup again. So I’m thrilled that Trinh Phan and Trang Somphomaphakdy opened Two Sisters Vietnamese in January on Highland Avenue.

Phan and Somphomaphakdy are indeed sisters, and they moved to Pittsburgh from Atlantic City at the behest of their nieces, Kellie and Tuyen Trong, who operate the very good Banh Mi and Ti in Lawrenceville.

A bowl of pho should be your starting point at Two Sisters. The noodle soup, Vietnam’s best known culinary export, typically is made with beef or chicken broth (though vegetarian options are available) that is aromatized with warm spices such as star anise and cinnamon and given an extra boost of umami with charred onions and ginger. Add a serving of meat and rice noodles, garnish with bean sprouts, basil and a dash of sriracha or other hot sauce, and you have a perfect October meal. Pittsburgh has had serviceable pho options, most notably at Tram’s Kitchen, Pho Minh and Pho Van, but, in my opinion, Two Sisters, with its layered and restorative broth, offers the best version in town.

I like the rest of the Two Sisters menu, too. Shaking beef (Bo Luc Lac), for example, is an easy-eating pleaser. Cubes of beef are marinated and then wok-fried in a shaking motion — hence the name — prior to being dressed with a little extra soy sauce and butter. Don’t cast aside the onions; caramelized in the wok alongside the beef, they add a sweet and pungent depth of flavor that makes the dish even more delicious. Another element of the plate, pickled cauliflower, so pale it could be the ghost of cauliflower past, looks like an afterthought. It isn’t. The crunchy brassica is flavored with a soft, complex acidity that provides a counterbalance to the indulgent beef.
216 N. Highland Ave.. East Liberty; 412/404-2760