The record store now has a full-service bar and coffee shop. 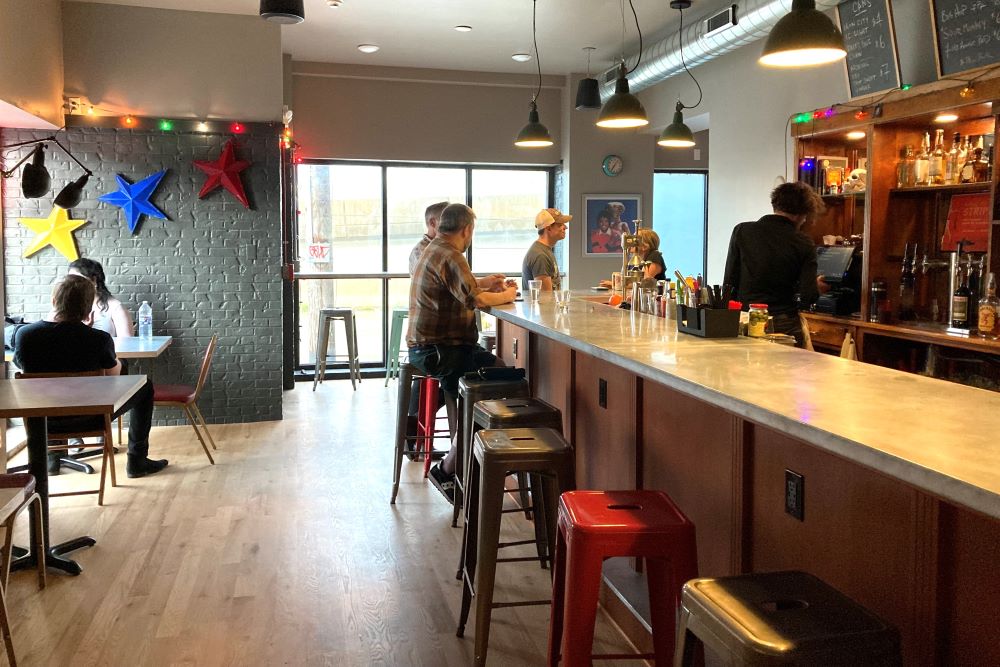 You can now belly up to the bar at The Government Center.

The North Side record store debuted the large space during July’s Deutschtown Music Festival, allowing folks to enjoy beer, cider, seltzer and mixed drinks after they stock up on vinyl albums. It’s open daily from 4 p.m. to 2 a.m. There’s also a full-service espresso bar that opens at 7:30 a.m. weekdays and 8 a.m. on weekends.

“Retail is really tough, especially with sites like Amazon,” says co-owner Josh Cozby, a former English teacher who launched the store in 2019. “There needs to be more than one revenue stream that brings people in and makes your business a destination.”

In 2020, after renting a storefront on East Ohio Street, Cozby purchased a building a few blocks away at 715 East St., doubling the size of The Government Center, which is named after a song by Jonathan Richman & The Modern Lovers. 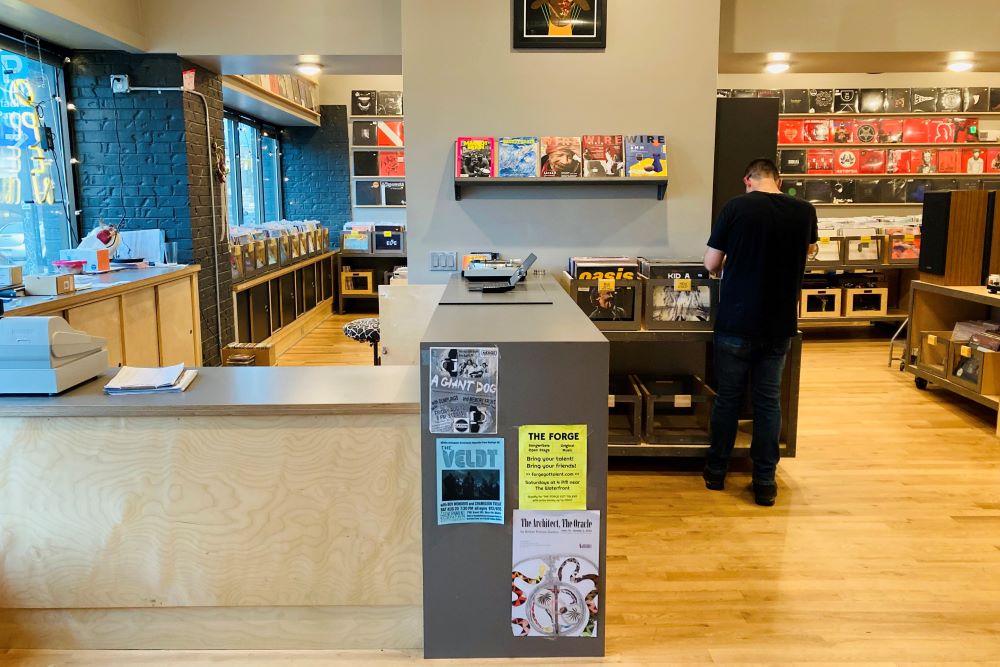 The pair met in ninth grade in their home state of California and bonded over a mutual love of music. Years ago, after visiting his wife’s relatives in Pittsburgh, Farris informed his friend that, due to the city’s affordability and active music scene, it would be the perfect place to open a boozy record shop.

With help from the city’s Urban Redevelopment Authority and EngineHouse, a Wilkinsburg-based design-build company, they spent most of the pandemic gutting the interior of the old structure that once housed a bar called Key West. The backbar and a sink are the only remnants of the former tenant.

In addition to canned and draft beer and cocktails, the bar sells a variety of Ramen noodle cups and prepackaged snacks from Millvale’s Sprezzatura Café, which also provides baked goods for the coffee shop. Farris says they’re still ironing out a final menu of salads and other grab-and-go grub that’s healthier than your typical pub fare.

The Government Center’s large windows look out over East Street, a busy thoroughfare with a seemingly endless stream of cars passing by. The high-traffic area is an ideal spot for a loud live music venue that caters to indie and experimental acts and DJs. All-ages shows are held two to three nights a week. 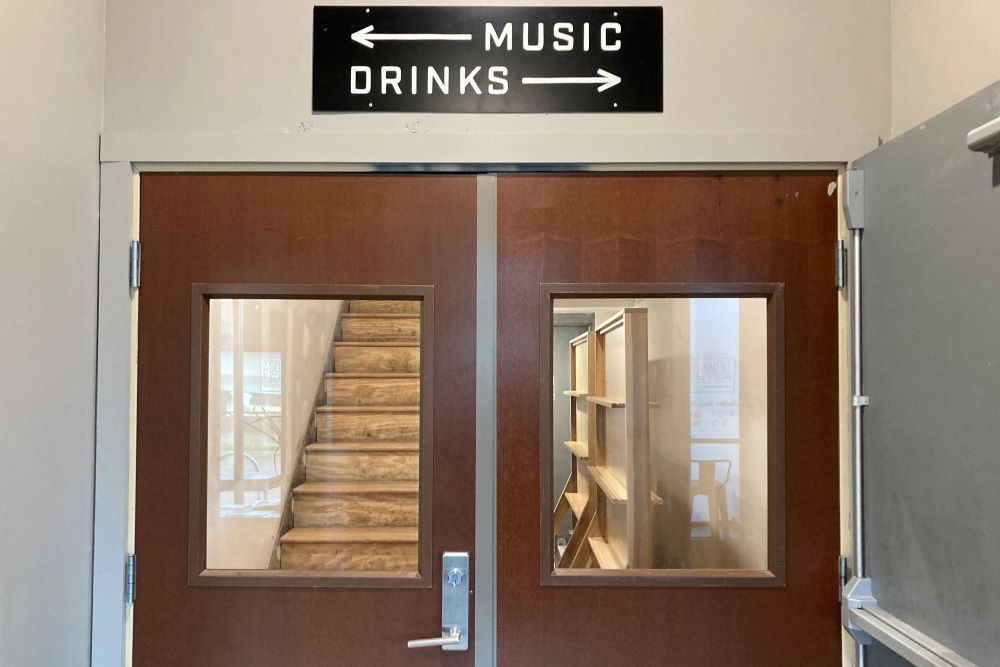 There’s a green room located between two apartments on the second floor and a furnished space on the third floor that traveling bands can use as a crash pad.

The new bar provides a place for fans to commune with musicians.

Cozby and Farris and their staff want The Government Center to be a welcoming atmosphere where people can buy, sell or trade new and used records, CDs and cassettes and learn about different genres of music. New releases are piped through the in-store sound system every Friday and Farris curates a barroom mix that kicks in every evening around 7.

There’s a large parking lot a block away and ample street parking throughout the neighborhood, including the East Ohio Street business district, with establishments such as Fig & Ash, Bistro To Go, The Coop Chicken and Waffles and Siempre Algo.

By adding coffee and booze to the mix, Cozby and Farris hope to attract even more customers who can simply stop by for a quick drink or spend hours perusing bins of physical media.