The Flight 93 National Memorial in Somerset County offers a poignant tribute for those who died there on Sept. 11, 2001. 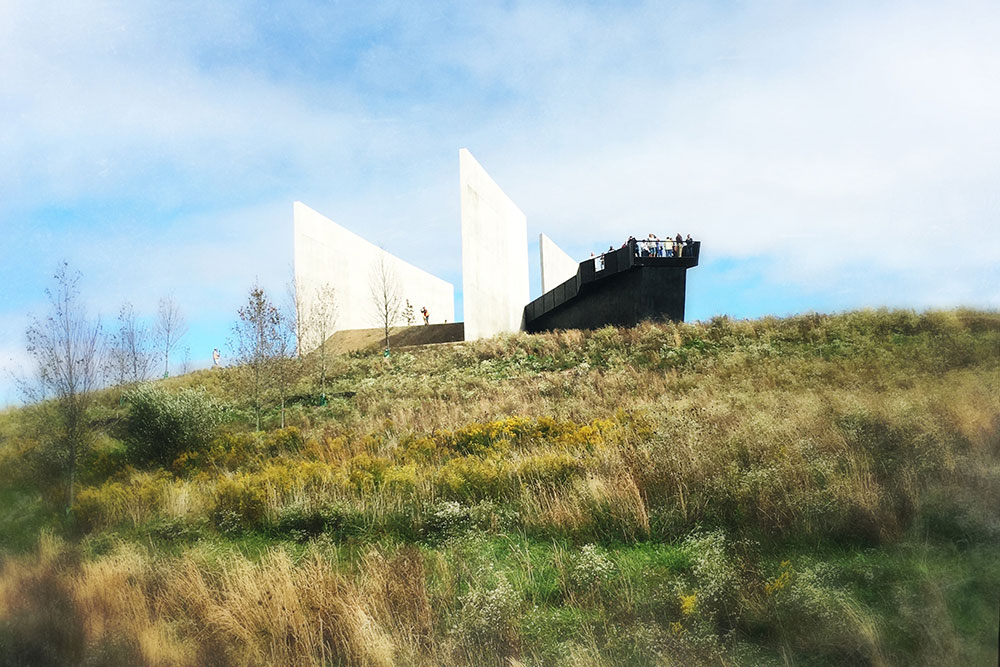 While the 9/11 memorial in New York City has welcomed more than 10 million visitors from across the world since it opened at Ground Zero in 2014, another memorial commemorates the lives lost that clear autumn morning just a short drive from Pittsburgh.

Beneath a sapphire sky and surrounded on all sides by the rolling hills of the Laurel Highlands, the Flight 93 Memorial in Stoneycreek Township is the picture of serenity. It’s quiet there, although — when the wind blows just right — you can hear the chimes from the memorial’s Tower of Voices, situated just off the Lincoln Highway by the park’s entrance.

Today, a 17-ton sandstone boulder marks the spot a hijacked United Airlines domestic flight impacted more than two decades ago — and the final resting place for the 40 passengers and crew members aboard. On a walkway overlooking the site, a single phrase is etched in glass: “A common field one day. A field of honor forever.”

The actions of those aboard Flight 93 to try to regain control of the plane from the hijackers were said to have spared countless additional lives that would’ve been lost had the plane made it to its destination in Washington, D.C. — by air, just 18 minutes away from the crash site.

The memorial, run by the National Parks Service, is somber and deliberate; its multiple components are positioned across more than a mile of walkable terrain, but they’re unified in both message and design. Between the 40 groves of hemlock trees planted along the road and the angled lines etched in the marble walkway by the memorial plaza, the whole site employs a hemlock-branch motif, representative of the hemlock thickets encircling the site.

The space is also home to the Wall of Names, a series of white marble panels each bearing a name of a passenger or crew member, and the Visitor Center, which offers a museum component with a range of educational exhibits. Among them is a TV screen running newscasts from the morning of Sept. 11, 2001 and a collection of smaller tribute items made for the victims by those they left behind. 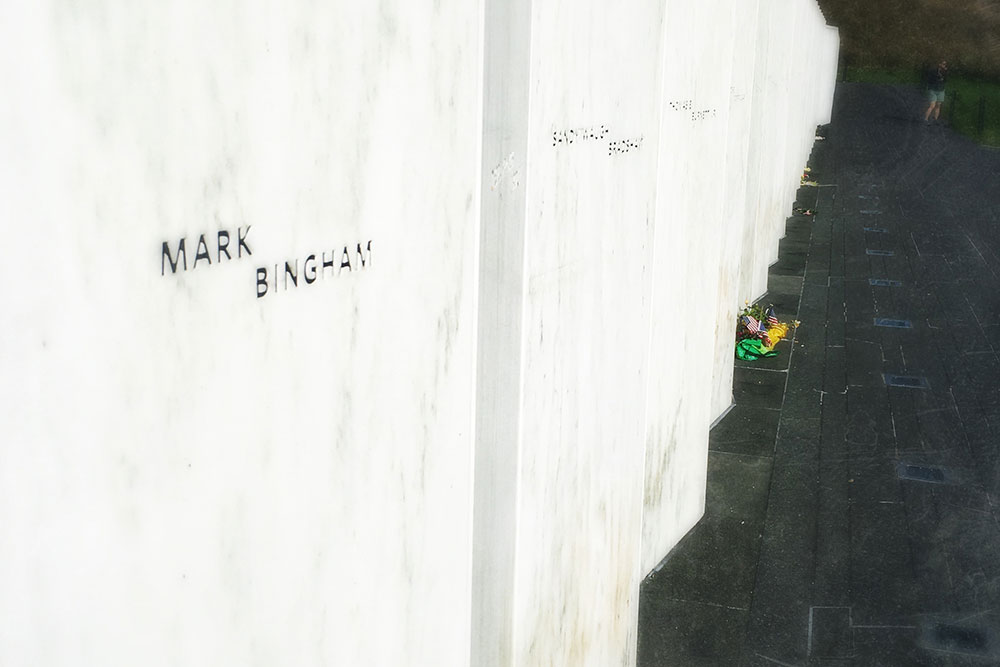 More sites include: the Memorial Plaza, a black walkway and sloped wall that marks the edge of the debris field and crash site; the 1.2-mile allée, a formal walkway connecting the Visitor Center with the Memorial Plaza; a wetlands bridge that carries the allée across the wetlands and offers visitors the chance to safely view local wildlife; the 40-acre crash site beyond the black wall; the white marble Flight Path Walls, which mark the path of Flight 93 and house the wooden ceremonial gate beyond which lay the impact site; and the Flight Path Overlook, a raised platform that provides a panoramic view of the site.

Toward the entrance and exit of the park is the Tower of Voices, a 93-foot-tall musical instrument composed of 40 chimes — one for each of the victims — that rings when the wind blows.

One of the best ways to take it all in is through the three hiking trails along the site. Among them is the half-mile Trail of Remembrance, which follows the route of Skyline Road; once a quiet thoroughfare for locals, the path quickly became a pilgrimage for more than 1 million visitors who came to pay their respects at a temporary version of the memorial in the early months and years following 9/11. Another trail connects the Visitor Center and Flight Path Overlook to the crash and sites, Wall of Names and Flight Path Wall.

You can also drive to each site — there are multiple spacious parking lots and wheelchair- and stroller-accessible terrain as an alternative to the hiking trails. But many who are able prefer to take the trail; it allows time for reflection, and time to take in the somber beauty of the park.

Know Before You Go
Take the Lincoln Highway rather than the Pennsylvania Turnpike. From most places in and around Pittsburgh, avoiding the toll road doesn’t add more than 10-15 minutes to your travel time, and you’ll get to experience a scenic drive through small towns and mountain parks rather than the flanks of tractor-trailers. There are other parks, overlooks and attractions along the way, so it makes for a more lighthearted drive on the way to a place that can — and should — feel emotionally heavy.

Time.  You should also allow about two hours to explore the whole park, as it’s spread out across various spaces. Even if you choose to drive between the sections, you’ll want to spend enough time at each site to read the placards and feel the interconnectedness of the memorial.

Hours.  The Visitor Center is open from 9 a.m. to 5 p.m. every day, with the exception of New Year’s Day, Thanksgiving and Christmas Day. The grounds are open from sunrise to sunset, year-round and including all holidays — weather permitting. Bad weather might result in delayed openings or closures, so check the forecast before making the trip.
nps.gov/flni/index.htm
814/893-6322