Accurate detail and a commitment to a rounded view of history are paramount at Fort Ligonier, a site of great importance in the country’s history. 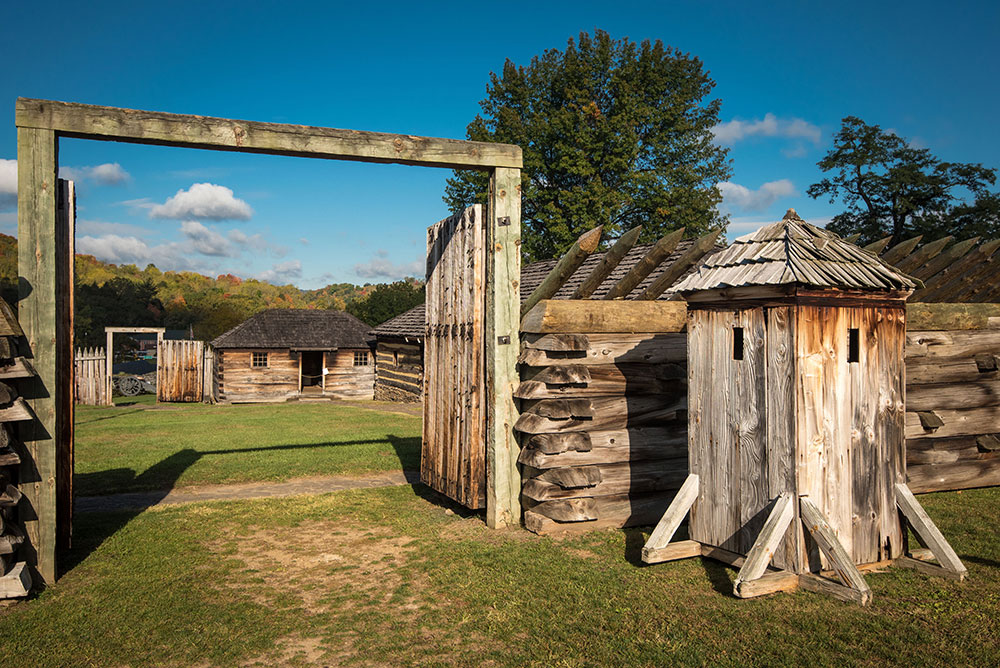 To visit Fort Ligonier is to visit the events and stories that eventually led to Pittsburgh and, in a roundabout way, to the United States.

“This is what starts it all,” says guide Spencer Pfrogner.

In September 1758, about halfway through the French and Indian War, the 8-acre historic site was home to 5,000 British-American soldiers, led by Gen. John Forbes. Their goal: overtake the French Fort Duquesne, located 50 miles west at the intersection of the Allegheny, Monongahela and Ohio rivers.

The fort housed a veritable who’s who of the time — and the namesakes of many current places and streets in and around Pittsburgh — including 26-year-old George Washington. By November, Fort Duquesne fell to the British-American troops, and Pittsburgh was born. And the formation of the United States? To pay for the war, the British taxed the colonists. You probably know where that led. 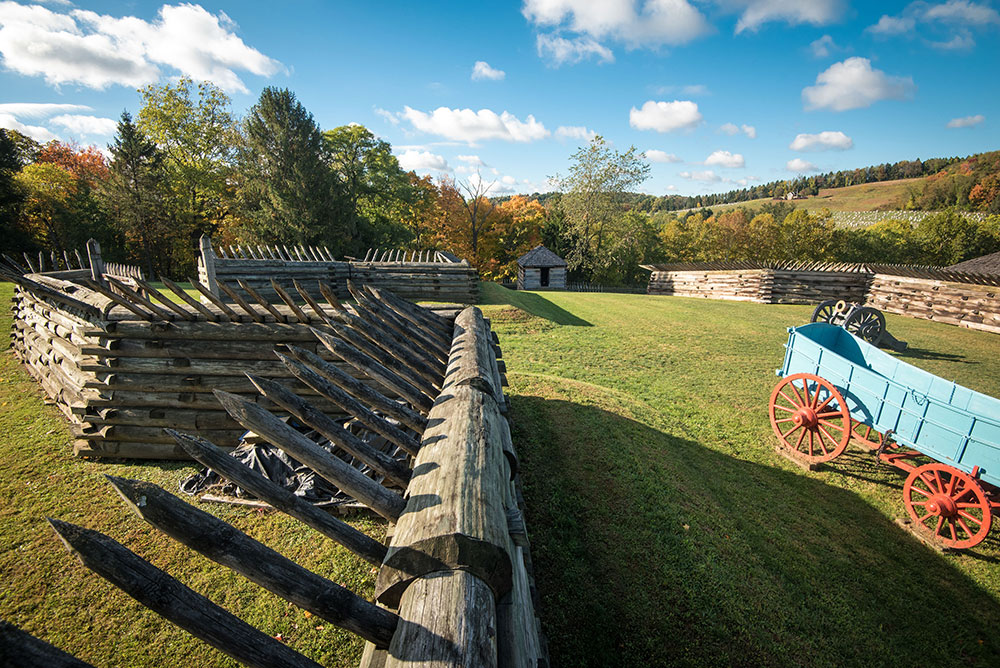 In 1766, Fort Ligonier was decommissioned by the British Army and abandoned. By the end of the 19th century, all that remained of the original fort was the floor of the powder magazine (a building used for gunpowder storage). In the 1930s, the Daughters of the American Revolution took interest in preserving the site and, in the 1940s, the Mellon family funded an archeology dig, followed by reconstruction that was guided by a map found in England depicting the original plans. The fort opened in 1953; a museum was added in 1962.

The inner/upper fort — watched over by four sentry boxes and surrounded by wood fortifications and a moat — is a tight 200 square feet, which includes historical recreations of buildings such as the officer’s headquarters, soldiers’ bunks and a storehouse. Each room is filled with facsimiles that suggest the occupiers have just stepped out: candles with burnt wicks, maps unrolled on Gen. Forbes’ desk, and straw mattresses dented as if someone sat there while putting on his boots. 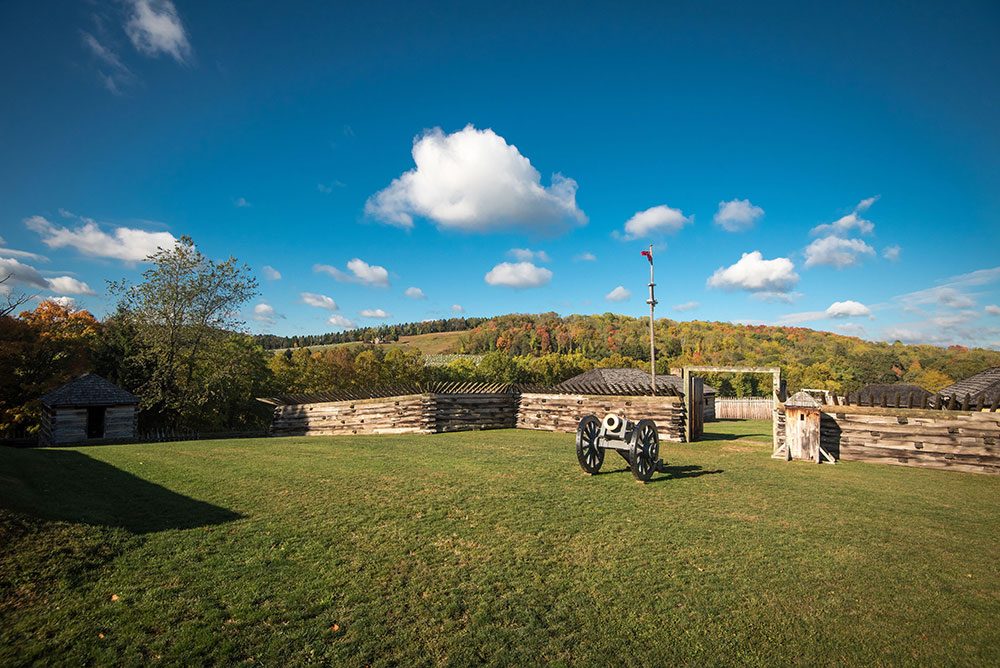 The howitzers, canons and gun carriers that make up the inner artillery park — boasted as the “finest recreated, 18th-century artillery collection in North America” — are a testament to Fort Ligonier’s ongoing efforts to keep interpretations as accurate as possible. A document discovered in the Fort Pitt archives changed researchers’ understanding of where artillery was kept during the war; until the collection was moved in 2013, it had been on display in the outer retrenchment. The opposite was true of the Pennsylvania Hospital: It had been reconstructed in the upper fort, but you’ll find it today in the outer retrenchment alongside buildings such as a smokehouse and a forge.

This philosophy extended to the museum’s 2018 renovations and reinterpretations, specifically that Indigenous and enslaved people lived there, too — the former group first, the latter group forcibly. The site is intentionally growing relationships with local Indigenous groups in order to continually improve their interpretations. Matt Gault, director of education, says between 6,000 and 7,000 school students visit every year, and “it’s very important to look at the entire picture … you can’t pick and choose.” 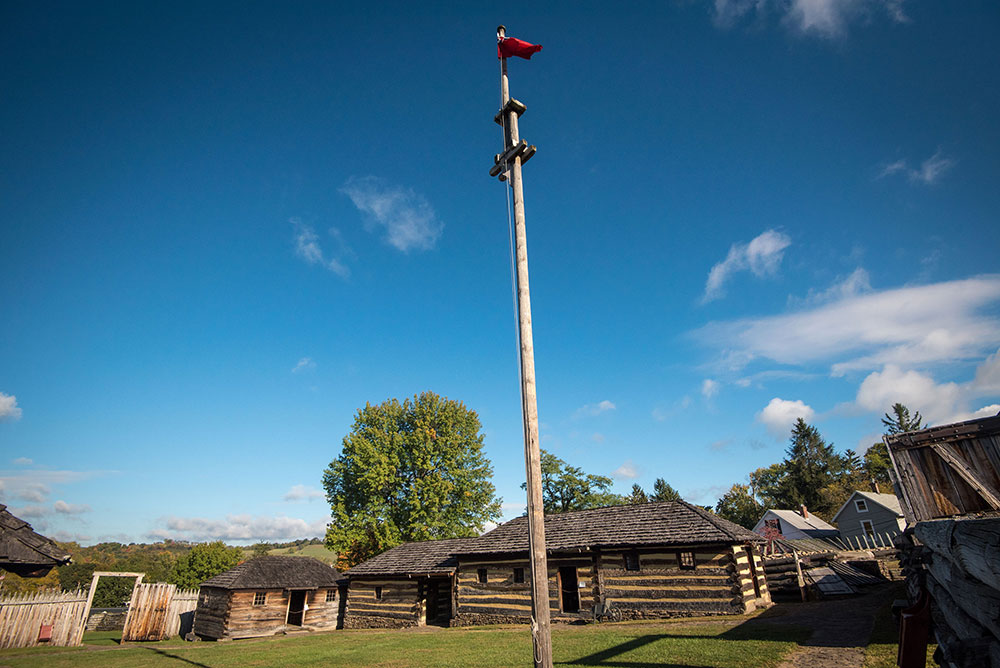 The museum otherwise includes the Washington Gallery, displaying Washington’s handwritten “Remarks” about his time at the fort and the saddle pistols Marquis de Lafayette gifted him during the Revolutionary War. The History Gallery is full of treasures that had been preserved in a stream bed fed by the Loyalhanna Creek (including a 200-year-old apple!) and found during the archeological dig, as well as other common objects that tell the story of daily life at the fort. The art gallery features original 18th- and 19th-century landscape paintings and portraits, and The World Ablaze exhibit puts the French and Indian War into the context of the worldwide Seven Years’ War.

Don’t forget to plan for the site’s special events. For kids, Fort Ligonier hosts two-week long sessions of summer day camps. Adults can enjoy year-round lectures and events including summertime lantern-lit sunset tours complete with wine, cheese and dessert. On the second full weekend of every October, more than 200 reenactors fill the site for Fort Ligonier Days to commemorate the Oct. 12, 1758 attack on the fort. The whole family can enjoy artillery firings and other historical demonstrations in addition to the rest of the townwide festival. Additionally, Memorial Day weekend is always 18th Century Military History Weekend, an event that connects the global Seven Years’ War and the American Revolution. 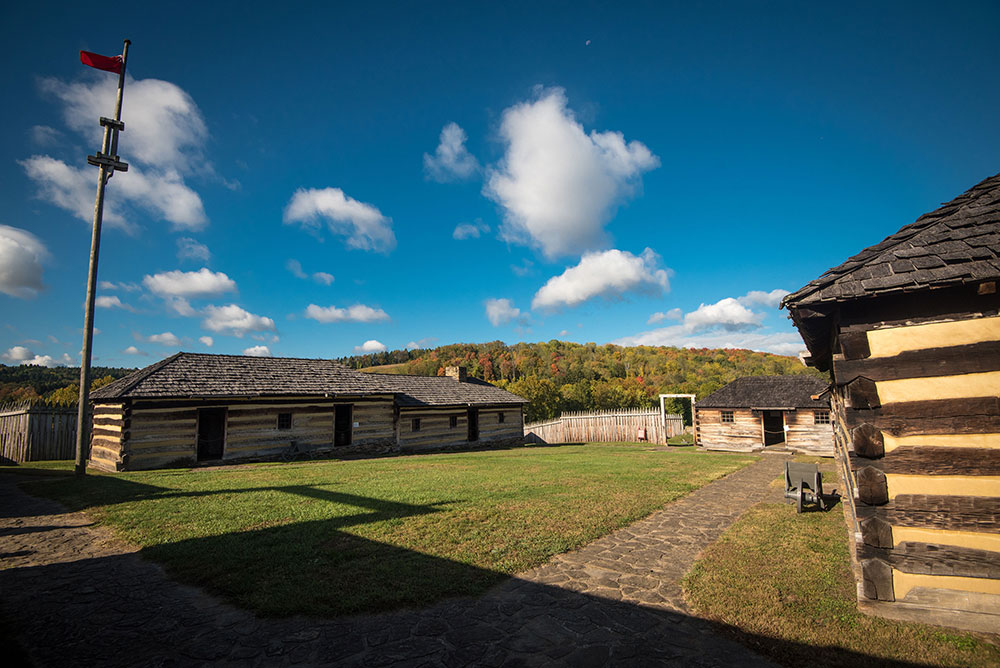 Know Before You Go

To get the full Fort Ligonier experience, you’ll need about two hours to cover both the fort and the museum — especially if you’re someone who enjoys lingering over artifacts and written details about them. Tours are self-guided, though guides are available with advance reservations.

Mobility.  While the paths throughout the site are paved, there is a steep incline to the upper fort; visitors with mobility issues can request access without scaling the hill. Historical buildings within the fort are not accessible for wheelchair users.

Also.  The site is located near dozens of shops and restaurants (there is no food on site). It’s also less than a 15-minute drive from Idlewild & SoakZone and Linn Run State Park. For the true history buff, there are five other French and Indian War sites in Western Pennsylvania: Fort Pitt Museum, Fort Necessity National Battlefield, Fort Bedford Museum, Bushy Run Battlefield and Braddock’s Battlefield History Center.
fortligonier.org
724/238-9701