Sing The Praises of Barley, Malt and hops with the Pittsburgh Beer Choir 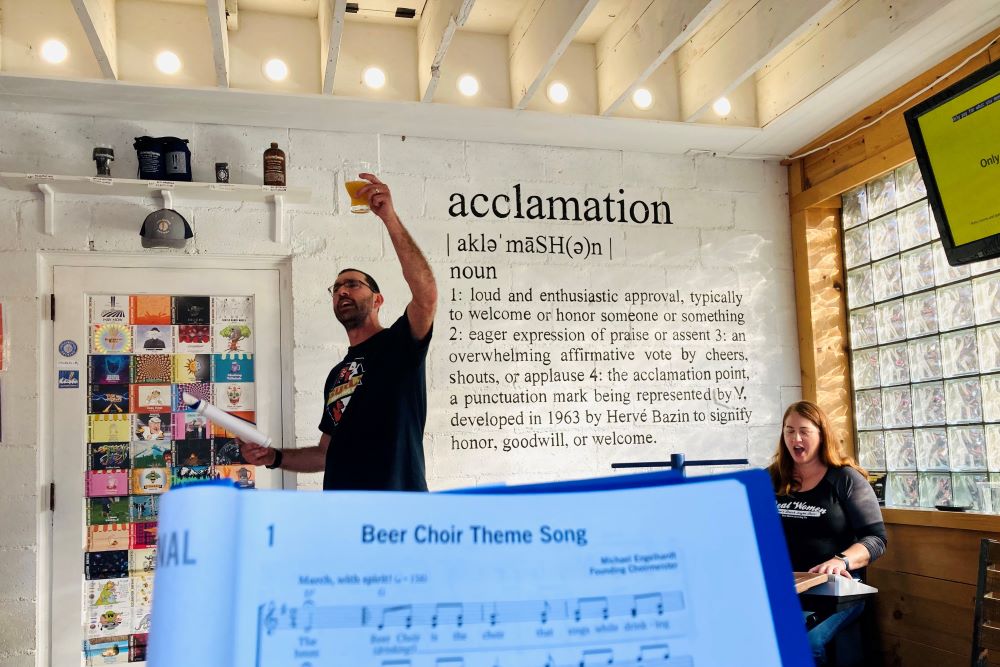 You don’t have to be able to carry a tune to join the Pittsburgh Beer Choir, just the ability to hold your alcohol.

The motto of the national organization, which is based in the Twin Cities, is “sing responsibly.”

The local, volunteer-led chapter held its first singalong on Oct. 9 at Inner Groove Brewing in Allentown. Monthly meetups will occur at different bars and breweries around town. On Nov. 6, patrons packed Verona’s Acclamation Brewing to belt out ditties dedicated to their favorite libation.

Nate Stimmel, a longtime craft beer enthusiasts and amateur crooner, wanted to combine the two pastimes, so he applied to start a Pittsburgh Beer Choir. 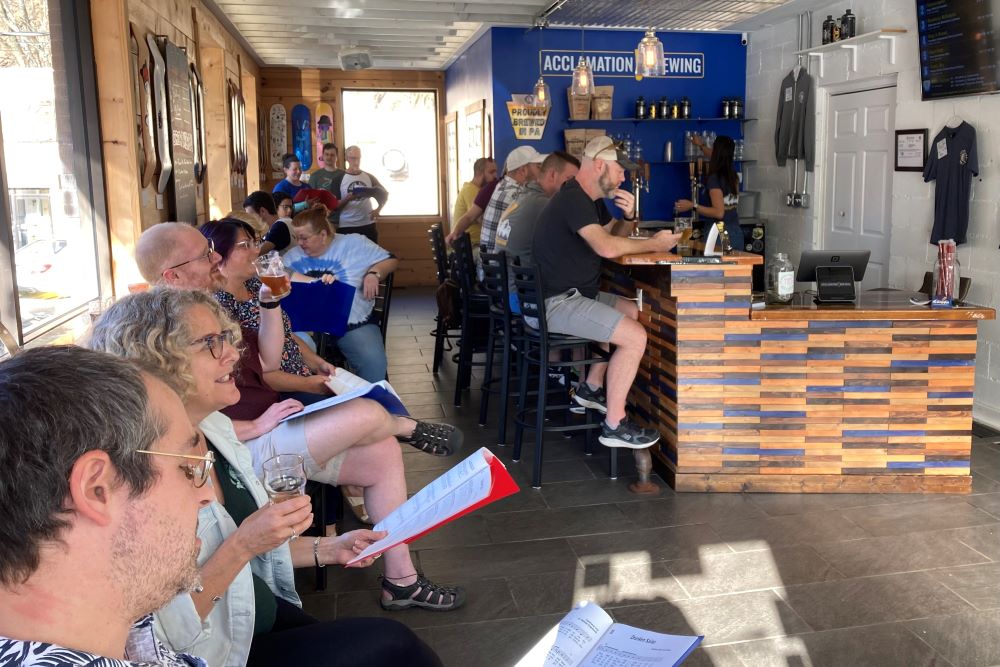 Founded in 2015 by composer Michael Engelhardt, there are nearly 20 chapters throughout the United States. There are no sign-up sheets, robes, choreography or religious affiliations. Participants simply show up to sing the praises of beer.

Justin and Cindy Koszarek and Mike Franzone run the shows, which are free and open to the public. The husband-and-wife team are musically inclined (Justin, who also applied to start a Beer Choir in Pittsburgh, is a music teacher and arranger and Cindy plays the keyboard). Franzone has a background in choral direction and was a professional opera singer. They choose songs from the Beer Choir’s official hymnal.

There are 40 selections in the songbook, ranging from classic drinking numbers, original works, sea chanteys and show tunes.

Clutching pint glasses, revelers sway back and forth to the music. If they were strangers before, by the end of the song they’re clinking glasses and buying each other rounds.

“We are feeding the soul with song,” Nate says, “and washing it down with beer.”