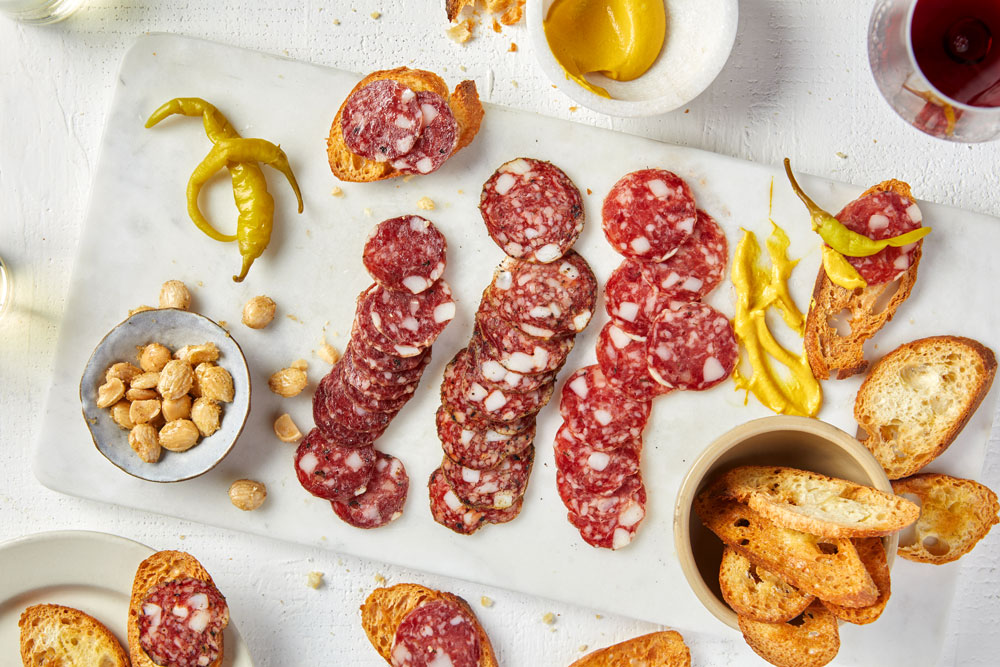 It’s a pretty simple proposition. Order from the selection of cured meats, salami, sausage and dry goods on the Salty Pork Bits website and pick them when the store is open, which currently is on Fridays and Saturdays. “The plan is to add to those hours, but we’re going to tip-toe into it. We’re still at a point where we need to be cautious,” Severino says.

The space, located in the building that previously housed Full Pint Brewing’s taproom, will be a fuller version of the Strip District Salty Pork Bits storefront Severino operated during the holiday season and for a few months beyond that. Although his mail-order business remained robust, Severino closed that space out of safety concerns early in the COVID-19 crisis. He decided to keep it shut when the Lawrenceville location became available.

The building’s large footprint will allow Severino to expand his business by serving as the Salty Pork Bits distribution center. “For the first time ever, we have a dedicated space for the charcuterie business. We’ll be able to do a lot more,” he says, noting that processing and packing the charcuterie, which previously was shoehorned into the basement of Morcilla (he and his team will still cure the meat in that location), takes up a lot of space. 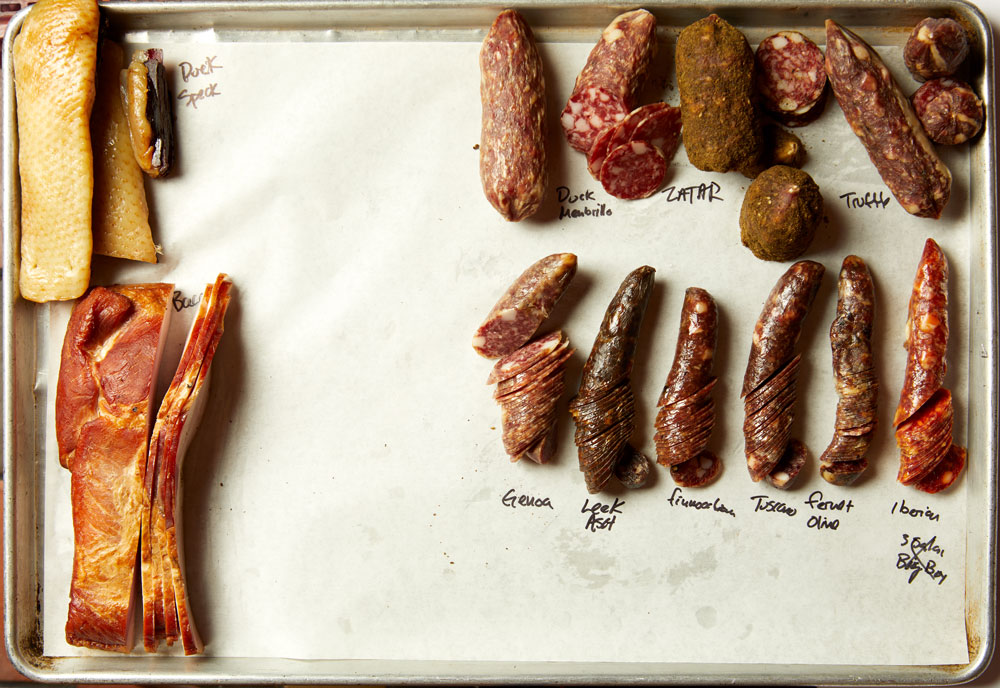 The initial selections are a continuation of Severino’s noteworthy offerings: cured meats such as guanciale, culatello and duck speck; various salami such as chorizo, n’juda and leek ash; and sausages such as sweet and hot Italian, kielbasa and bratwurst. He also offers a selection of dry goods such as cornichons, mustards and fruits spreads meant to accompany a charcuterie board.

Moving forward, Severino will sell prepared foods such as sausage and peppers, bolognese sauce, meatballs and country gravy. Severino, who once operated a butcher shop in Santa Cruz, also plans on adding butcher boxes that will include a selection of cuts such as skirt steaks, flank steaks, double-cut pork chops meant to be cooked like a roast, and chicken. He also is thinking about adding house-ground beef because, he notes, “It’s a rare thing that you get to buy meat that’s properly ground.”

Down the road, Severino envisions adding an FDA-approved canning operation for “pickles, ferments, mustards, mostarda and that kind of thing.”

Eventually, the space will be open for walk-in orders. For now, order in advance, call when you arrive, and wear a mask when your box is walked out to you.