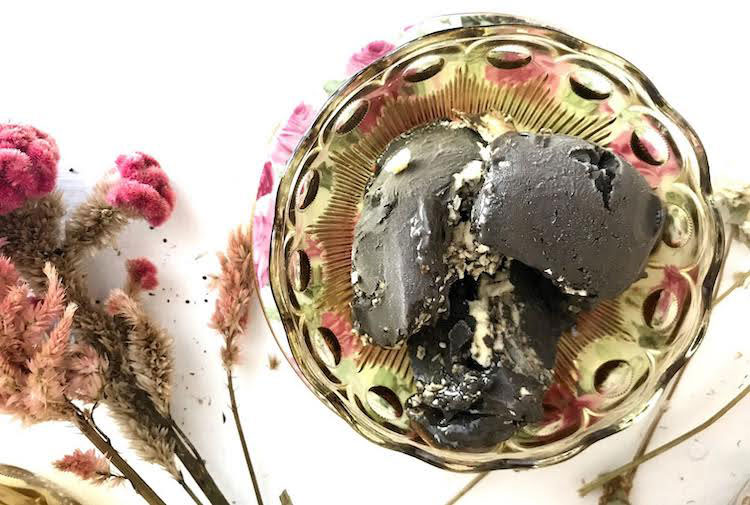 When Emma Neely picked up a $5 ice cream maker at a Goodwill in 2015, she knew she’d scored a good bargain. Neely had always been fond of baking but finding the ice cream maker inspired a mission to perfect her other favorite treat. In March, following a few years of experimenting in her own kitchen, she launched Rooted Ice Cream, a one-woman, plant-based ice cream company.

During the development stages, Neely experimented with both dairy-based and vegan ice cream recipes but when she began to consider launching a company, she realized that she wanted to prioritize an environmentally-conscious approach.

“Based on the research that I’m familiar with, animal agriculture is a significant contributor to the climate crisis. If we reduce our intake, we can impact that, at least minimally” says Neely.

All of Neely’s ice creams are made with a cashew and oat milk base. (In the future, Neely plans to develop a nut-free version). Ice creams are packaged in eco-friendly, sugar cane-based containers.

“It’s been hit or miss trying to figure out the most sustainable way to package frozen treats, but I didn’t want to compromise on any aspect,” she says

Neely’s commitment to sustainability hasn’t compromised her flavors. Her black sesame with rose vanilla swirl has a silky texture that combines the savory elements of the tahini with the light floralness of rose, all smoothed out with vanilla. Other flavors such as anise with fig swirl and sugar cookie crumble and strawberry basil with pink peppercorn further showcase Neely’s ability to balance sweet and savory flavors.

“I want my flavors to stand out. I’ve been really inspired by places like Jeni’s Ice Cream. [Ice cream] can get passed over as the kid’s dessert. I want it to feel adult,” she says.

Neely also releases seasonal flavors. For the winter months, a few new flavors such as coffee and cream with vegan meringue, mint brownie fudge, gingerbread and a coconut-based ice cream with pistachio rose cake will be available.

She also takes orders for custom flavors. All of Neely’s ice creams are available for $11 per pint and $20 per quart.

Neely’s confections are available at The Butterwood Bake Consortium in Lawrenceville or Adesso Cafe in Sewickley. The Butterwood will also be hosting a special holiday pop-up with Neely and other small business owners on Dec. 13 from 6 to 9 p.m.