Riggs Lounge Brings Decades Of Hospitality To The North Side

Marshall Riggs is the third generation to run the lounge, which opened in the 1940s. 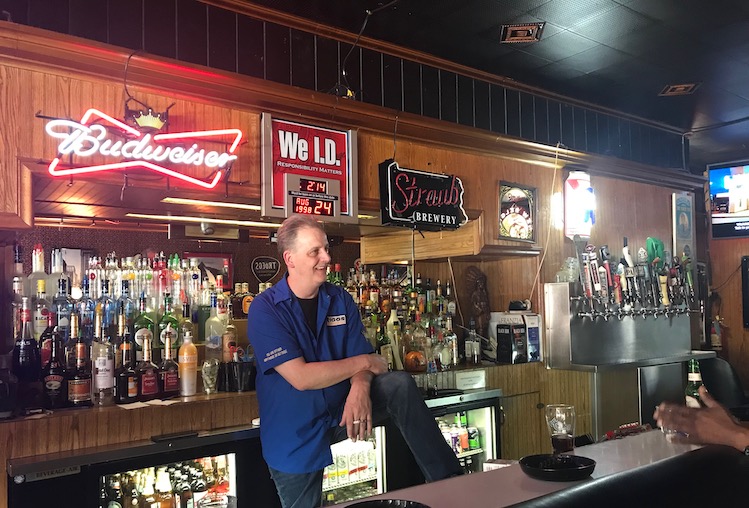 Everything about Riggs Lounge evokes a sense of history. The unassuming bar on Brighton Road has been run by the Riggs family for three generations. Seven years ago, when his father became ill, Marshall Riggs became the next of kin to adopt the mantel. “If you see this place for sale, it’s because I’m dead,” he says.

With winnings from a local, under-the-table lottery, Riggs’ grandmother bought the building in the early ’40s. She ran it as an ice cream counter and also served lunch. After acquiring a liquor license, the family opened the bar in 1944, while continuing to operate the restaurant on one side until the late ’90s. While it’s closed now, Riggs will happily show you the old space, mostly unchanged from when his grandmother worked there and, according to family lore, cashed the paychecks of the players of The Steel Curtain before the Steelers won their first Super Bowl. Riggs’ wife, Wendy, still serves a simple lunch on occasional Saturdays, focusing on one dish a week such as shrimp pasta or meatballs, that customers can order at the bar.

The space has a long history of hospitality. Riggs recently discovered (thanks to an impact study done by the city in the midst of road work and bridge repair) that the building was erected in 1850 as a hotel for cattle drivers, who drove cattle to market on a route behind the building. A far cry from a rough hotel now, Riggs Lounge retains the feel of a bar from a bygone era, with red banquettes and lamps on one wall and hand-written drink specials over the bar. Smoking is still allowed inside and a cigarette machine stands in the back of the bar, close to the automatic bowling machine from 1957, which can be played for 50 cents a game. Neon glows softly over the patrons, who don’t seem to conform to any particular class, creed, age or race. “You can send your grandmother here at 1 a.m. in the morning and she’ll be safe,” says Riggs, who often tends the bar himself.

His 86-year-old distant cousin, Hilda, an Austrian immigrant who survived World War II and was brought over by his grandmother, is another regular bartender.

Prices are similarly antique. Riggs says he was initially suspicious of the craft beer movement, saying, “When they first came out, I thought they’d disappear in a few years.”

Now, he keeps a few on draft for $5 to $7 dollars a pour. Bottles and cans of domestic beers are available as well, for $3.50. Well drinks will run you around $4. “We’re just a bar. We’re not trying to be anything. Everyone is welcome,” he says.