A hospitality-forward philosophy, strong culinary perspective and a top-notch beverage program are some of the keys to the Strip District restaurant’s success. 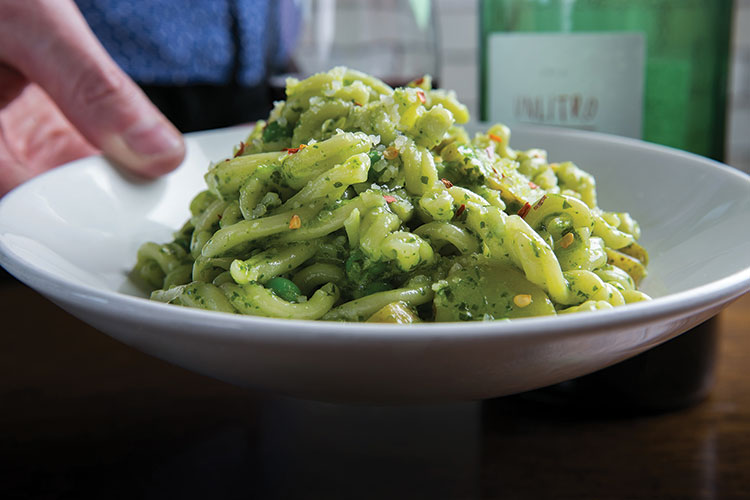 Bar Marco celebrated its 10th anniversary on New Year’s Eve. The milestone is a relative rarity in the restaurant world, where, according to a report by Perry Group International, the average lifespan of a restaurant nationally is approximately five years, with many restaurants closing well before that.

What’s made Bar Marco last this long when so many Pittsburgh restaurants prior to and throughout the coronavirus pandemic have closed?

“It really comes down to how you feel when you experience a place. It’s about hospitality. It’s about focusing on guest experience. One hundred percent,” says executive chef/owner Justin Steel.

Staff that cares about customers, a distinct culinary perspective, dynamic wine and cocktail programs, and an inviting space have all combined to make Bar Marco one of Pittsburgh’s most essential restaurants, and one that has earned a spot on Pittsburgh Magazine’s Best Restaurants list every year, with the exception of 2016, since 2013. 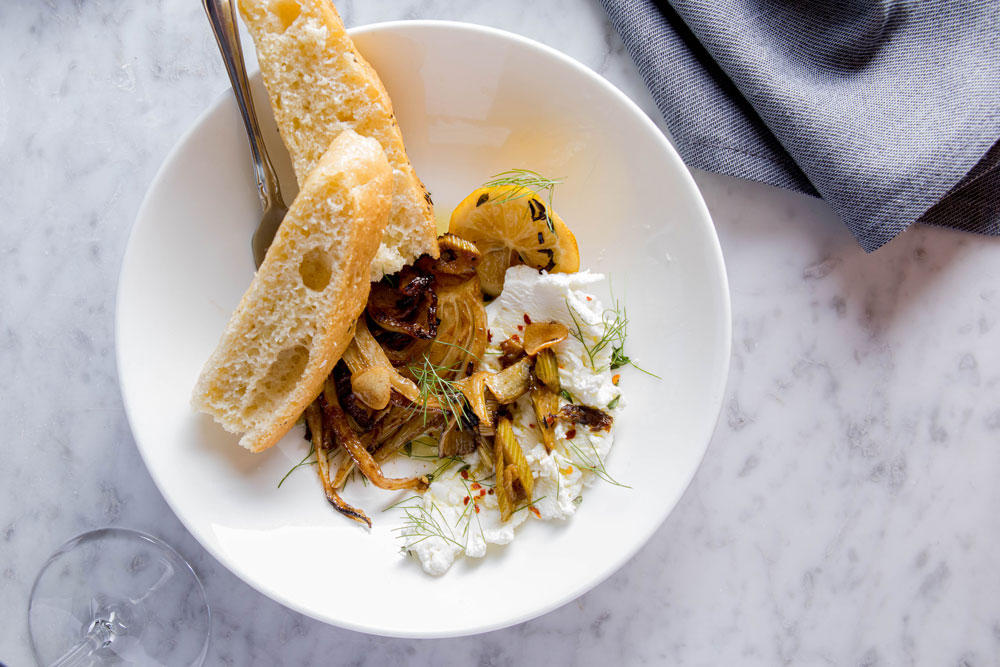 It starts with what’s on the plate.

“It’s Italian but not specific to traditional Italian recipes. We’re using a lot of Pennsylvania ingredients. So we’re always figuring out what it means to be an Italian restaurant in Western Pennsylvania,” Steel says.

This translates to a restrained, dynamic menu that changes a little bit every week depending on what regional farmers and producers have to offer. These shifts are particularly noticeable in Bar Marco’s housemade pasta program, one of the best in town. Last month, Steel dressed orecchiette with earthy, grassy broccoli pesto — the previous spring, he assembled the pesto with garlicky, sulfurous ramps and over the summer, it was punctuated with bright, herbaceous basil. In October, gemelli with gorgonzola creme, butternut squash and pear was a celebration of autumn. Steel’s solid crafting of classic pasta dishes rounds out the typically four-to-five offerings, with plates such as tagliatelle with bolognese and Parmigiano and rigatoni amatriciana, a sauce that highlights guanciale, tomato, Pecorino Romano and chili.

Bar Marco’s larger plates are seasonal, too, and often feature locally raised meat such as braised pork jowl with polenta and an apricot sauce. The same goes for vegetables — asparagus, sweet and simply dressed, leaps to the forefront at the beginning of the season, and bitter chicories are here for us as early frosts bring an end to the season. And although the scallops, mussels and pollock in the Tuscan fish stew currently on the menu must by their nature come from somewhere else, the dish itself still is evocative of the crisp January weather.

Steel is the last of four childhood friends from Greensburg to remain involved in the restaurant. After a decade in, he views himself as the facilitator of the operation rather than its conductor. “I never wanted to be a flash in the pan, a place that burned super hot but couldn’t sustain itself,” Steel says. 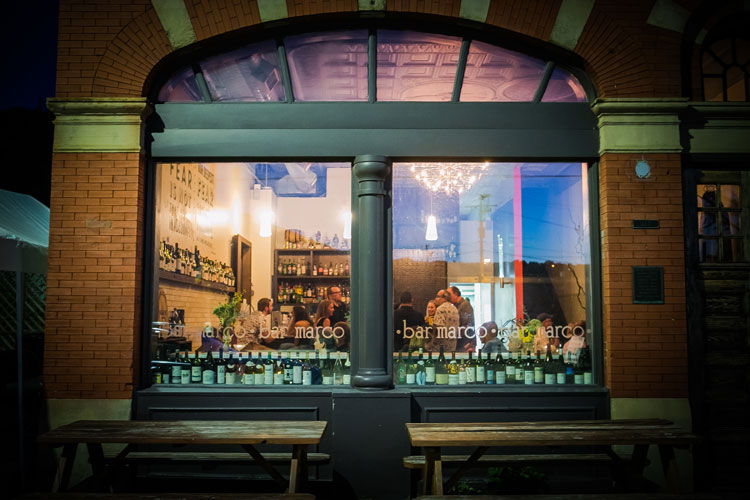 Bar Marco has evolved over the years, with distinct periods ranging from farm-to-table influence by a cadre of former Legume chefs to the wild, in-your-face, avant-garde culinary experiments of nomadic chef Brandon Baltzley.

Along the way, it became, alongside the big Burrito Restaurant Group and Good Faith Restaurant Group, the most significant incubator of Pittsburgh hospitality industry talent in the last decade — the list of people who have influenced kitchens, bar programs, front of house and management who are part of the Bar Marco story is legendary.

“It’s OK to have evolutionary periods because that’s necessary for restaurants that want to stick around,” Steel says.

When the four original owners — Steel, Kevin Cox, Bobby Fry and Michael Kreha — opened Marco on Dec. 31, 2011, they came full of ideas and energy but, aside from Kreha working a stint at a New York City wine shop, no practical experience in how to run a restaurant. The menu was limited and generally tasty, if sometimes unevenly executed and a little all over the place regarding what was coming out of the kitchen.

“We were doing what we wanted to do. We came in with a lot of passion and big ideas about what we wanted. We were making fun food and serving fun wine, but it was pretty rudimentary in terms of service and quality,” says Steel.

In fact, it was Bar Marco’s ambitious bar program that was a draw in the early years, and it remains one of the best restaurant beverage programs today. Bar Marco was better known for its ambitious cocktail program in its early years than its wine, becoming one of Pittsburgh’s most influential cocktail destinations; fitting, as the Strip District building previously was home to Embury, the bar that launched Pittsburgh into the craft cocktail era. Its dynamic cocktail program continues to excel under longtime bar manager Jason Renner. 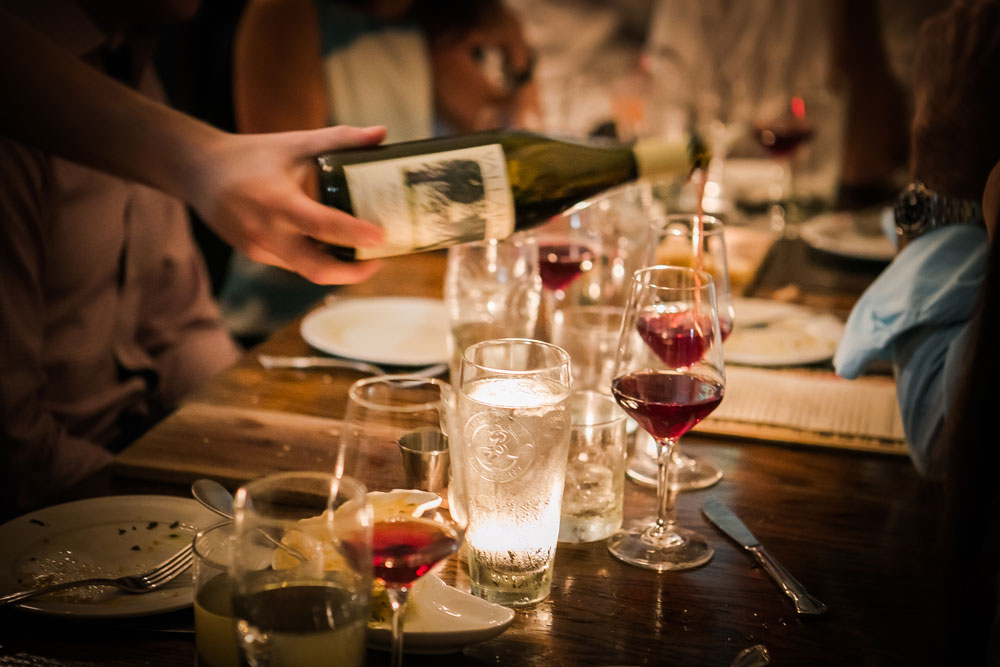 ​​But one of the biggest things Bar Marco has done for Pittsburgh is to help diners push boundaries when it comes to wines, whether they’re serving varietals from less common provinces in Italy or natural wines before we really understood what they were. Kreha, the restaurant’s first wine director, served natural wine as the focus of Bar Marco’s wine list. He was a little ahead of the curve but planted the seeds for natural wine to take the forefront when Sarah Thomas launched The Wine Room with Jamilka Borges (Bar Marco’s executive chef from 2013-15) in 2014.

Thomas boosted the establishment’s portfolio and educated guests on why they should get amped about exploring the ever-expanding world of natural and biodynamic wines. When Thomas left, taking a position as a sommelier at the three-Michelin-star Le Bernardin in New York City, Dominic Fiore took the reins as Bar Marco’s wine director and enthusiastically entrenched natural and biodynamic wines even deeper into the restaurant’s ethos. He departed a few years ago, but the intention that Bar Marco become a Pittsburgh hub for natural wine continues today with the in-house wine shop, Nine O’Clock Wines, run by two former employees, Celine Roberts and Christie Kliewer (Roberts is an occasional contributor to Pittsburgh Magazine).

That two former employees now run a business in the building is a testament to the loyalty shared between Steel and the restaurant’s staff. Nearly all of its current employees have been with the restaurant for more than four years, and some, such as manager Andrew Heffner, have been there significantly longer. Lean-forward hospitality is the foundational doctrine that has driven Bar Marco throughout its history and it makes for a guest experience that includes everyone from out-of-towners looking to pass a few hours solo at the bar who quickly feel like regulars to couples on their first date downstairs in the cozy dining room who later have their wedding receptions held upstairs in Bar Marco’s events space, Union Hall. 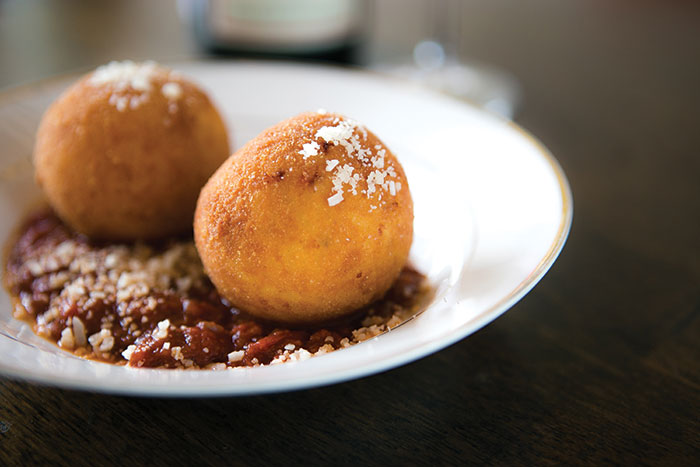 Fundamental to Bar Marco’s service was its 2015 move to a no-tip model. They were one of the first restaurants in the United States to do so (in the modern era, at least), offering its entire full-time staff a salary plus a share of the profits and its part-time staff a higher hourly wage. Initially, this caused significant upheaval as a large percentage of its front-of-house staff left, but those that stayed and those that came after largely have remained with the restaurant.

“The no-tip model has a lot to do with [keeping the identity of the restaurant]. It allows us to hire and maintain staff who are as passionate about what we’re doing as I am,” Steel says.

In the immediate fallout of the early coronavirus pandemic, it had another unexpected benefit — because the staff received W2 forms, they had a significantly smoother time filing for unemployment benefits than many in the hospitality industry. 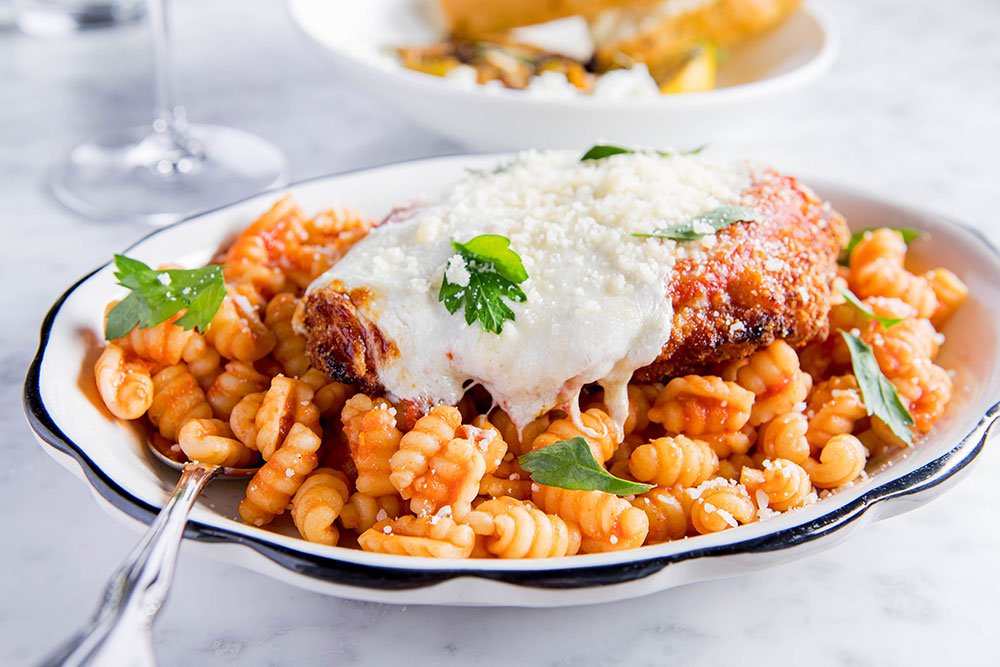 Despite the topsy-turvy tumult of the coronavirus pandemic, the Strip District restaurant is as much in its shoes as it can be right now. On a cold, late-December night, the Bar Marco crew kept guests cozy in the heated courtyard tent, which is where they’ve served meals since closing the dining room in March 2020 (which likely will reopen this winter if conditions improve). As is a years-long tradition for Tuesday night, Steel and his kitchen crew are serving a top-tier chicken parmesan with rigatoni and its terrific Marco Burger special in addition to staples such as arancini and pork tonnato. It’s a continuation of a through-line that now has spanned a decade and easily could last another one or longer.

“When we opened it was just a wild free for all. It was just the four of us. I’m certainly proud of it. A lot of restaurants don’t make it five years. Seven years. So 10years is huge,” Steel says.