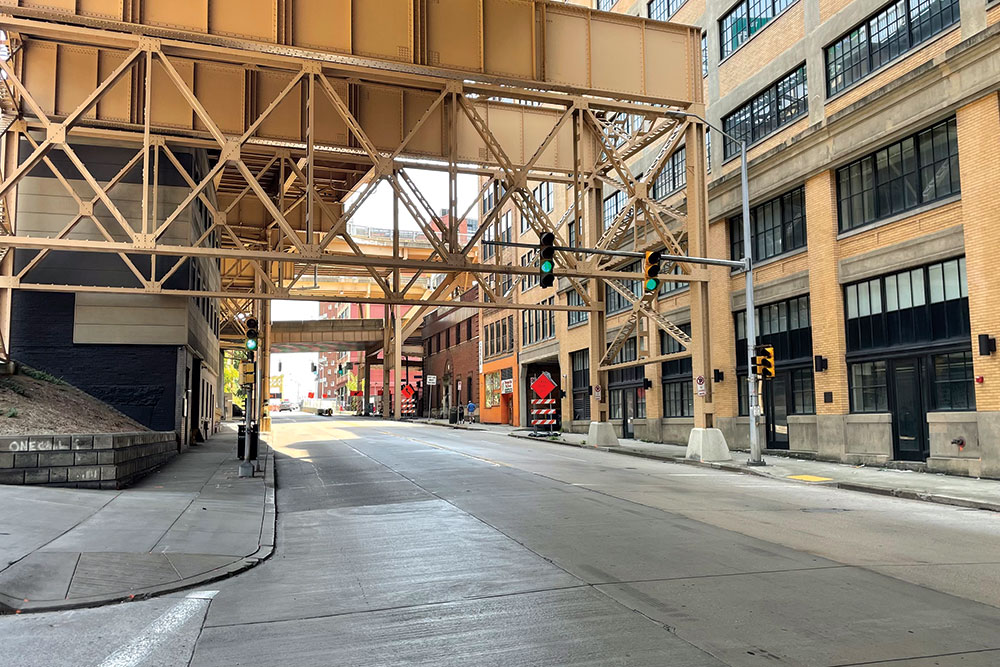 If you’ve ever been urged to “take Bigelow” en route to an East End destination, you were hearing a quote from “Striking Distance,” the police thriller starring Bruce Willis as a Pittsburgh cop. Filmed locally and full of Steel City nods and references — thanks in large part to writer/director Rowdy Herrington, a Pittsburgh native — “Striking Distance” pits Willis (and a pre-“Sex and the City” Sarah Jessica Parker) against the elusive Polish Hill Strangler.

While taking Bigelow is often good advice, “Striking Distance” played fast and loose with geography; the film’s early car chase did indeed begin on Bigelow Boulevard, but instantly jumped to the heart of the Golden Triangle before shifting again to a fiery wreck in the Armstrong Tunnel — and eventually back Downtown for a showdown on Second Avenue.

“Striking Distance” is available to rent on Amazon, YouTube and other on-demand services.

This article appears in the Sept. 2021 issue of Pittsburgh Magazine.
Categories: On Location