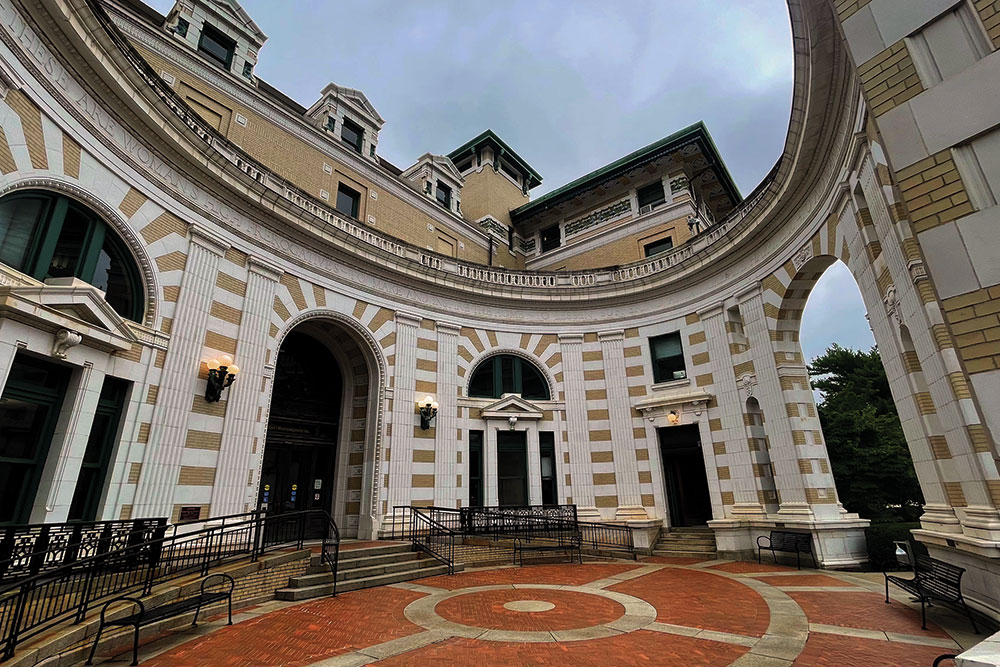 The 1982 anthology of horror stories appropriately named “Creepshow” represents a collision of two masters of the uncanny: Director George A. Romero and novelist Stephen King, who wrote the screenplay.

The collaboration was a hit; despite Romero’s numerous influential efforts, “Creepshow” was the only one of his films that opened in the No. 1 position at the box office.

Like many of Romero’s films, “Creepshow” was made in his adopted home of Pittsburgh; scenes were filmed at local homes large and small, including one sequence made in Romero’s own backyard. Carnegie Mellon University’s stately Margaret Morrison Carnegie Hall, with its dramatic rotunda entryway, stood in for the fictional Amberson Hall in a segment dubbed “The Crate.”

“Creepshow” is available to stream on Shudder and AMC+, as well as via digital on-demand services including Amazon and Apple.

This article appears in the October 2022 issue of Pittsburgh Magazine.
Categories: On Location