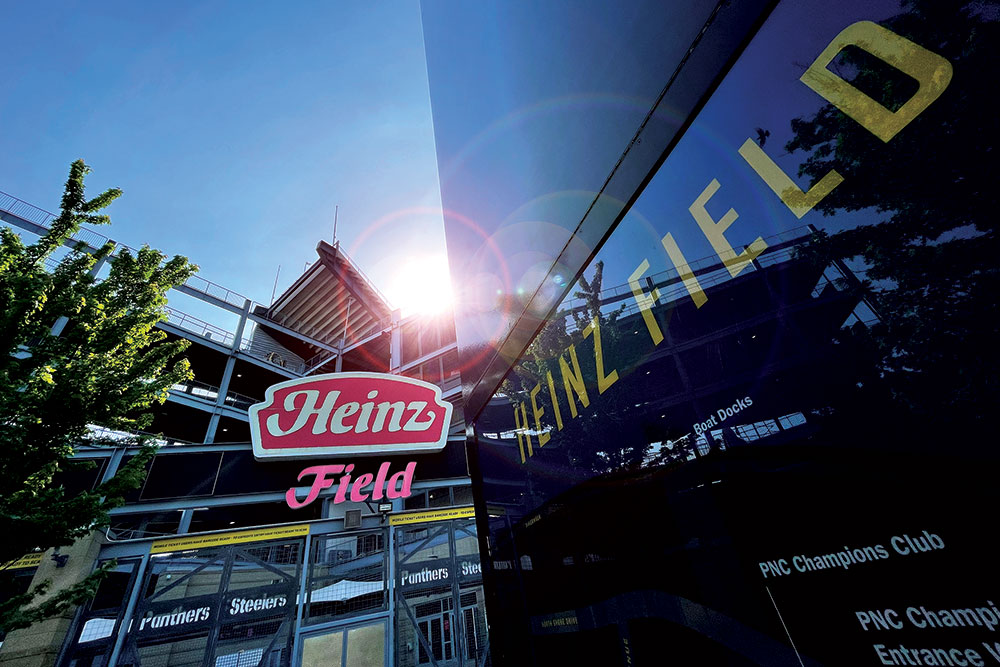 The culminating film in director Christopher Nolan’s trilogy of Batman movies, “The Dark Knight Rises,” was released 10 years ago this month. Pittsburgh rolled out the red carpet for the massive production, which chose the Steel City as its Gotham stand-in, replacing Chicago, which had served for the previous chapter in the series.

The thrilling action sequence filmed at Heinz Field, in which the supervillain Bane (Tom Hardy) causes a massive explosion at a football game, wasn’t just a centerpiece of the film; it was also the movie’s nod to its filming city. The home team wore black and gold, with more than a dozen then-current Pittsburgh Steelers standing in as the fictional Gotham Rogues.

Hall of Famer Hines Ward portrayed the Rogues’ kick returner, running the opening kickoff back through the explosions for a touchdown. (That score was probably waived off.) Thousands of locals were also brought in to fill portions of the stands as extras.

“The Dark Knight Rises” is available via digital on-demand services including Amazon and Apple.

This article appears in the July 2022 issue of Pittsburgh Magazine.
Categories: On Location