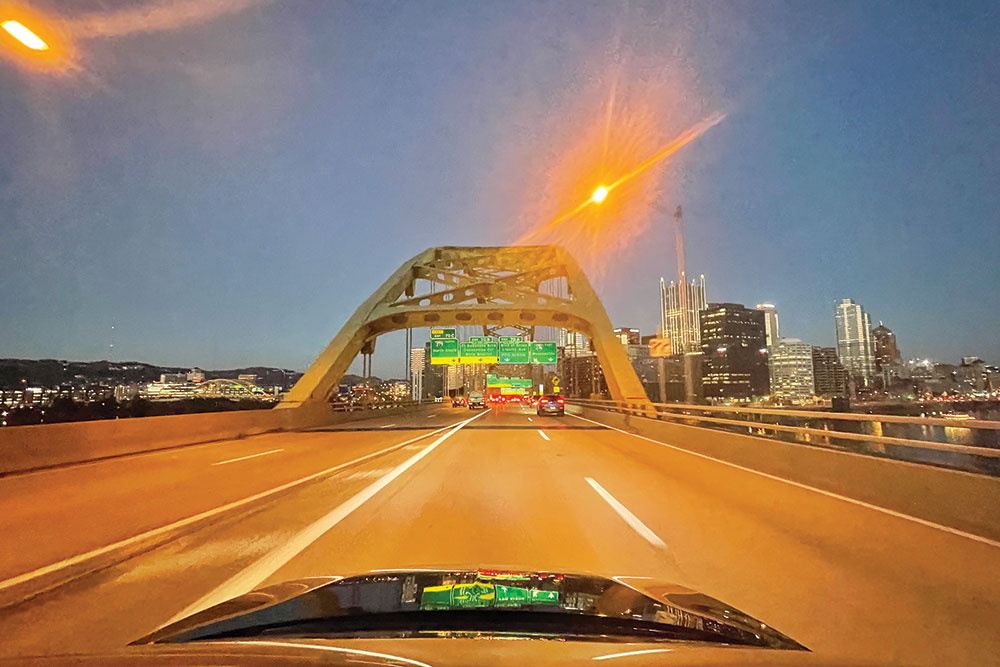 As David Bowie’s “Heroes” comes over the radio, free-spirit teen Sam (Emma Watson) climbs onto the bed of a speeding pickup truck. She feigns flying as the vehicle soars through the Fort Pitt Tunnel and the city skyline explodes before her; call it the Pittsburgh equivalent of the “king of the world” sequence in “Titanic.” (watch the scene in trailer below)

Upper St. Clair native Stephen Chbosky wrote the hit novel “The Perks of Being a Wallflower,” adapted it for the screen and directed the film himself — the beginning of a Hollywood career that has also included work on “Wonder,” the live-action “Beauty and the Beast” and this year’s “Dear Evan Hansen.”

As tempting as it may be to recreate this particular bit of movie magic, don’t try it; it’s illegal and would almost certainly result in injury or worse. Watson was extensively strapped to the vehicle with “so many safety cables,” as Chbosky told the Pittsburgh Post-Gazette in 2012.

“The Perks of Being a Wallflower” is available via digital on-demand services including Amazon and Apple.

This article appears in the December 2021 issue of Pittsburgh Magazine.
Categories: From the Magazine, On Location