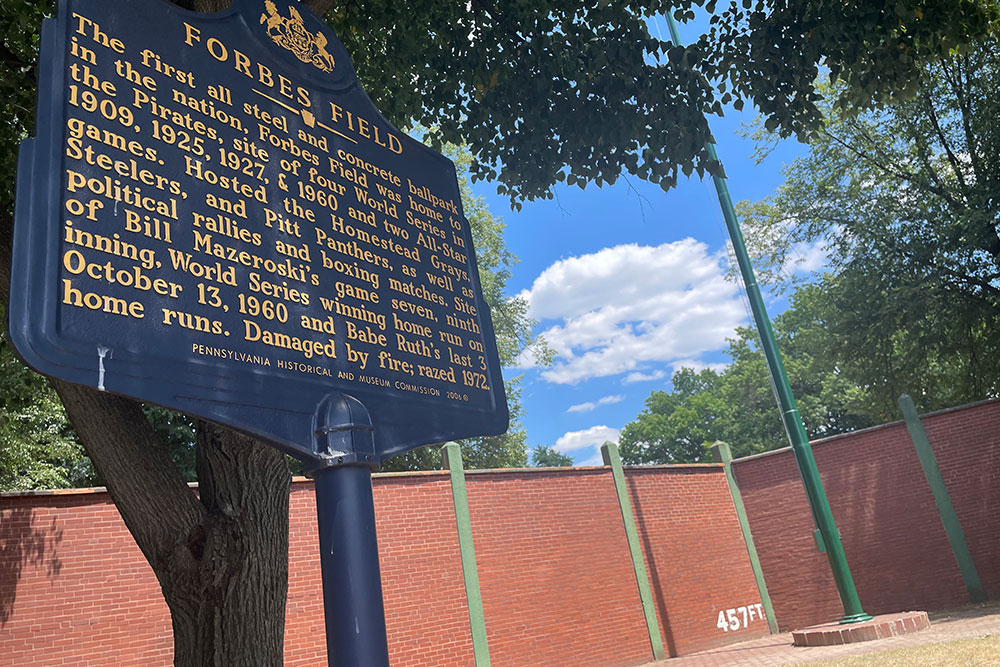 It can be difficult to imagine a Major League stadium in the middle of modern-day Oakland; in such a busy neighborhood, where did the Pittsburgh Pirates fit?

For a vivid answer, turn to “Angels in the Outfield,” the 1951 baseball comedy starring Paul Douglas as the long-suffering manager of the error-prone Buccos. As the Pirates get a heavenly assist — and Douglas is reformed by a young journalist played by Janet Leigh — numerous scenes filmed at Forbes Field showcase the bygone ballpark and its location in the heart of Oakland.

You’ll see the Cathedral of Learning tower over the grandstand; eagle-eyed viewers will spot landmarks such as Phipps Conservatory and the Carnegie Museums in the background, as well. A ’90s remake of the film traded the Pirates for the Los Angeles Angels (appropriate, we suppose), but Pittsburgh got a consolation prize: The 1994 version received its world premiere at Three Rivers Stadium.

“Angels in the Outfield” is available via digital on-demand services including Amazon and Apple.

This article appears in the August 2022 issue of Pittsburgh Magazine.
Categories: On Location