The owners of Bangkok Balcony consulted with celebrated Lao chef Seng Luangrath to build the menu for their Squirrel Hill restaurant. 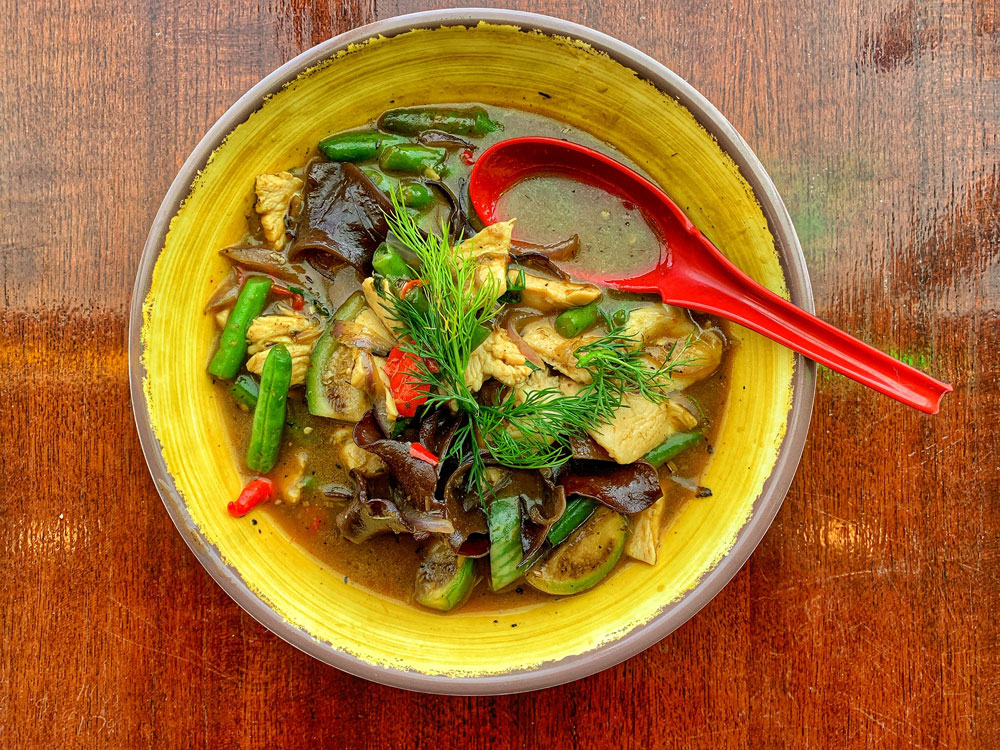 Pui and Norraset Nareedokmai have a long history of sharing the cuisine of their native Thailand with Pittsburgh. They are responsible for a pair of Thai restaurants in Squirrel Hill: Bangkok Balcony, which they took over in 2004, and Silk Elephant, which they opened in 2006. This week, they completed a renovation of what once was the Bangkok Balcony space and launched something different — Pittsburgh’s first Lao restaurant, Kiin Lao & Thai Eatery.

Two years ago, the Nareedokmais decided to visit Laos during a trip to Thailand. The countries share a border of more than 1,000 miles, as well as cultural and culinary history. “Thailand and Laos are very similar. We are like family,” says Pui Nareekdokami.

While Lao cuisine has a lot of overlap with Thai cuisine — particularly with that of the Isan culture of northeastern Thailand — Lao food brings herbal, bitter and pungent flavors toward the forefront. Or lam, for example, echoes many of the characteristics of Thai green curry, but the spicy stew of wood-ear mushrooms, eggplant and green beans highlights the essence of lemongrass, galangal, dill and garlic rather than the smoothness of coconut milk, an ingredient that typically doesn’t get much play in the Lao kitchen.

“When I tasted it for the first time, I was very impressed. I needed to bring something like this to Pittsburgh. When I got back, I started to plan the idea,” Nareekdokami says.

A visit to the acclaimed Lao restaurant Thip Khao in Washington, D.C., cemented the idea to bring Lao food to Pittsburgh. It also prompted a relationship with the restaurant’s owner, Seng Luangrath, the leader of the Lao Food Movement in the United States. The two-time James Beard Award Best Chef, Mid-Atlantic semifinalist also operates Padaek, Hanumanh and Sen Khao with her family. She has made it her mission to uplift and support small business owners interested in Lao cuisine and culture. “I like to spread the word about Lao food. It’s an education for people,” Luangrath says.

The Nareedokmais asked Luangrath to be a consultant on Kiin. Luangrath agreed, but with one stipulation. “I told them that I don’t want to water it down. I want to cook as it is, so that people from Laos would recognize it,” she says.

Over the past few months, Luangrath has been back and forth to Pittsburgh, working with the Nareedokmais on developing Kiin’s opening menu, which features many of Laos’ most popular dishes. Luangrath says that sticky rice is at the heart of the Lao kitchen, and she encourages diners to use their hands when eating, taking a small portion of rice, and using it to pick up the food.

“We’re not Lao. But we want to be honest with this cuisine. We want to respect the way it is done,” says Pui Nareedokmai. 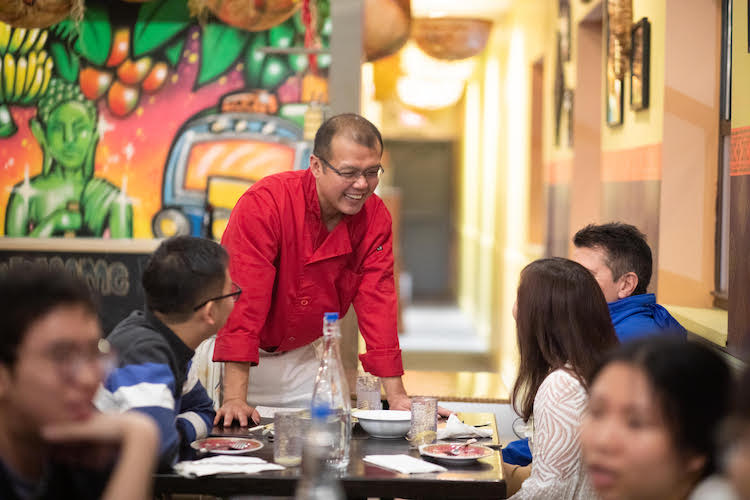 Look for dishes such as siin lod (sun-dried beef with ginger and black pepper), which is served with a bright dipping sauce and sai oua (spicy pork sausage with lemongrass, dill, ginger), which is served alongside a fermented soybean-pineapple sauce. Three versions of green papaya salad will be prepared fresh at the restaurant’s salad bar, and other salads include naem khao (crispy coconut rice with peanut, lime, gerbs, onions, chili and pork or tofu) and pun mieng (lettuce wraps with rice noodles, lemongrass, Thai eggplant and fish or tofu).

Among the larger-format dishes is laab. The mix of minced meat (tofu also is available), fragrant herbs such as cilantro, lemongrass, Kaffir lime leaves and mint and fish sauce is perhaps Lao cuisine’s most celebrated dish. Mok (steamed fish or tofu in banana leaf with red curry, coconut, dill, cucumber and red onion) and khao piak sen (house-made rice noodle soup with ginger, scallion, cilantro and crispy shallots) are some of the other dishes on the opening menu.

Luangrath recommended Henley Bounkhong, a Lao artist from Maryland, to help with the design. His graffiti-style graphics cover the walls and feature essential elements of Lao culture on the walls. On top of that, guests can find a bespoke cocktail list that draws inspiration from Lao flavors, as well as a selection of tea.

I stopped by for lunch this week and, if the Nareedokmais follow through with their vision, I think that Pittsburgh is in for a real treat, one that has the potential to offer diners a culinary experience heretofore not available in the city.

“We don’t want to hold anything back. If you eat here, it should taste as it does in Laos. That is my challenge,” says Nareedokmai.

House of the Week: Large Colonial in Upper St. Clair