The goal, according to Walnut Capital CEO Gregg Perelman, is to create “just a joyful, family-friendly experience” with diverse offerings. 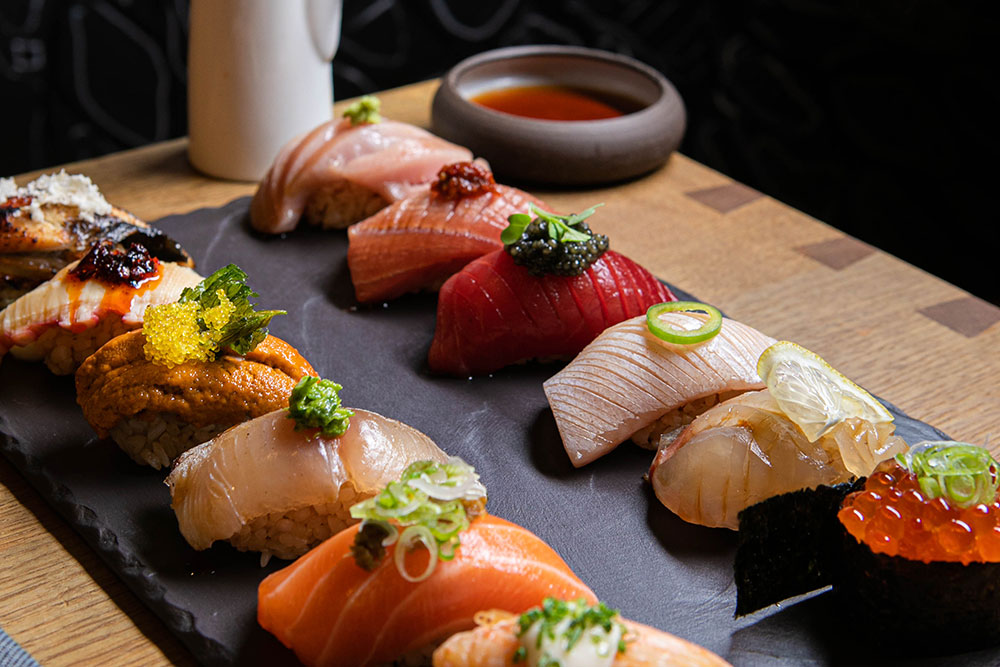 PHOTO BY LAURA PETRILLA | GI-JIN, A SUSHI CONCEPT BY THE RICHARD DESHANTZ RESTAURANT GROUP, WILL BE GETTING AN OUTPOST IN BAKERY SQUARE THIS FALL.

Something sweet is coming to Larimer’s Bakery Square — and so is a take on a local favorite.

The first hint of a new addition to the space came on Bakery Square’s Instagram account, where it shared a gif of Jeni’s Splendid Ice Creams with the caption, “Something sweet is coming soon.”

Headquartered in Columbus, Ohio, Jeni’s is a national chain with more than 40 branded “scoop shops” and retail distributors around the U.S., but this marks its first venture into Pittsburgh with a solo store. (You can currently find Jeni’s pints in Giant Eagle, Target and Market District grocery stores around the region, but the only other standalone shop in the state is in Philadelphia.)

The rumor was officially confirmed by Gregg Perelman, founding partner and CEO of Bakery Square’s developer, Walnut Capital, who said the goal is to “raise the bar” and “offer the community more options” in the space.

“We worked tirelessly during the pandemic to elevate Bakery Square as a community gathering space for all people and all ages,” he says. “We remade our public square to include community art and diverse restaurants, and now we are adding even more diverse food options and of course, everyone’s favorite — ice cream.”

Perelman adds that he has been wanting to secure Jeni’s a spot in Bakery Square for quite some time, but the ice cream shop is a hot ticket; everyone wants it. Joanna Doven, founding CEO of Premo Consultants — the firm that does Walnut Capital’s public relations and marketing — explains that the lines at other Jeni’s locations are often out the door.

“Their flavors are amazing,” she says.

Known for its unique flavor combinations, Jeni’s offers selections from the traditional — salty caramel, milk chocolate and strawberry — to the more adventurous: everything bagel and goat cheese with red cherries.

But Jeni’s isn’t the only new business coming to Bakery Square this year.

The Richard DeShantz Restaurant Group will be bringing a sushi concept to the space similar to its popular Downtown spot Gi-Jin, which was named one of Pittsburgh’s Best Restaurants by Pittsburgh Magazine Dining Critic Hal B. Klein in 2022.

While the Bakery Square location won’t be called Gi-Jin — Perelman says DeShantz is still working out a new name — it promises to bring the same style and quality of food into the new space.

The Gi-Jin concept isn’t the first time a popular local restaurant has brought an outpost to Bakery Square. Walnut Capital recently brought in Alta Via Pizzeria, too, a big Burrito Restaurant Group venture with a menu similar to its Italian-inspired Alta Via in O’Hara. There’s also Tako Torta, a taqueria-inspired outpost also by the DeShantz Restaurant Group, similar in offerings and style to Downtown’s Tako.

Perelman says Jeni’s is scheduled to open in August, the DeShantz’s sushi concept will be introduced in November.